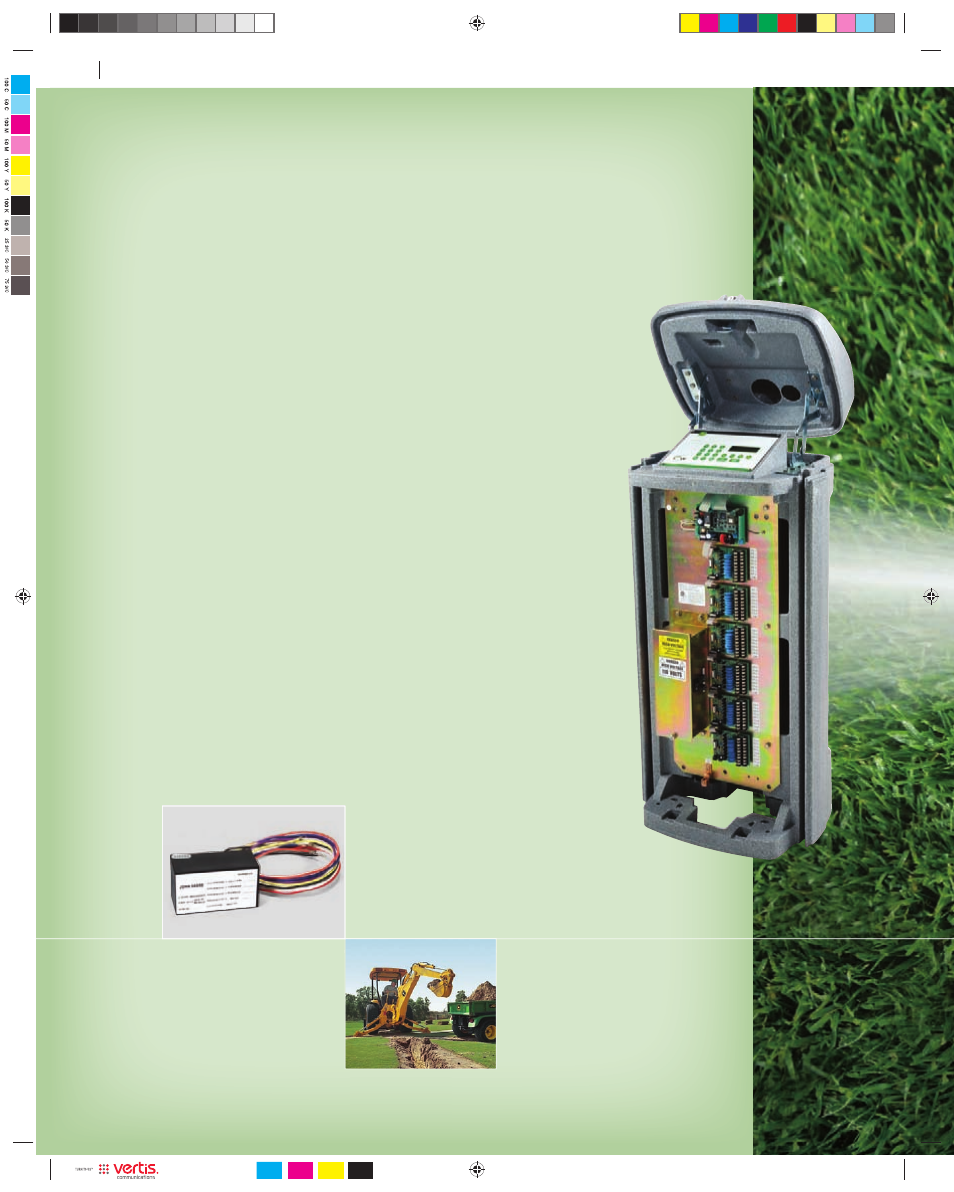 With Aurora, a hybrid control system, upgrading is simply a

matter of uploading. Every Field Controller can be migrated

to a newer operating system just by plugging in a laptop.

And that’s just the beginning of how Aurora makes things

24-volt output systems. And the same controller can run

both conventional stations and decoders. So no system is

more flexible from grow-in to beyond.

Aurora Field Controllers are compatible
with decoders, an internationally
accepted alternative to conventional
stations, which reduce the amount of
wire required by 80%.

The Aurora system installs just
like a conventional alternative,
and because each satellite can
act as a controller, it can speed
grow-in times by taking charge of
completed areas of the course.

Talk about hitting the
ground running.