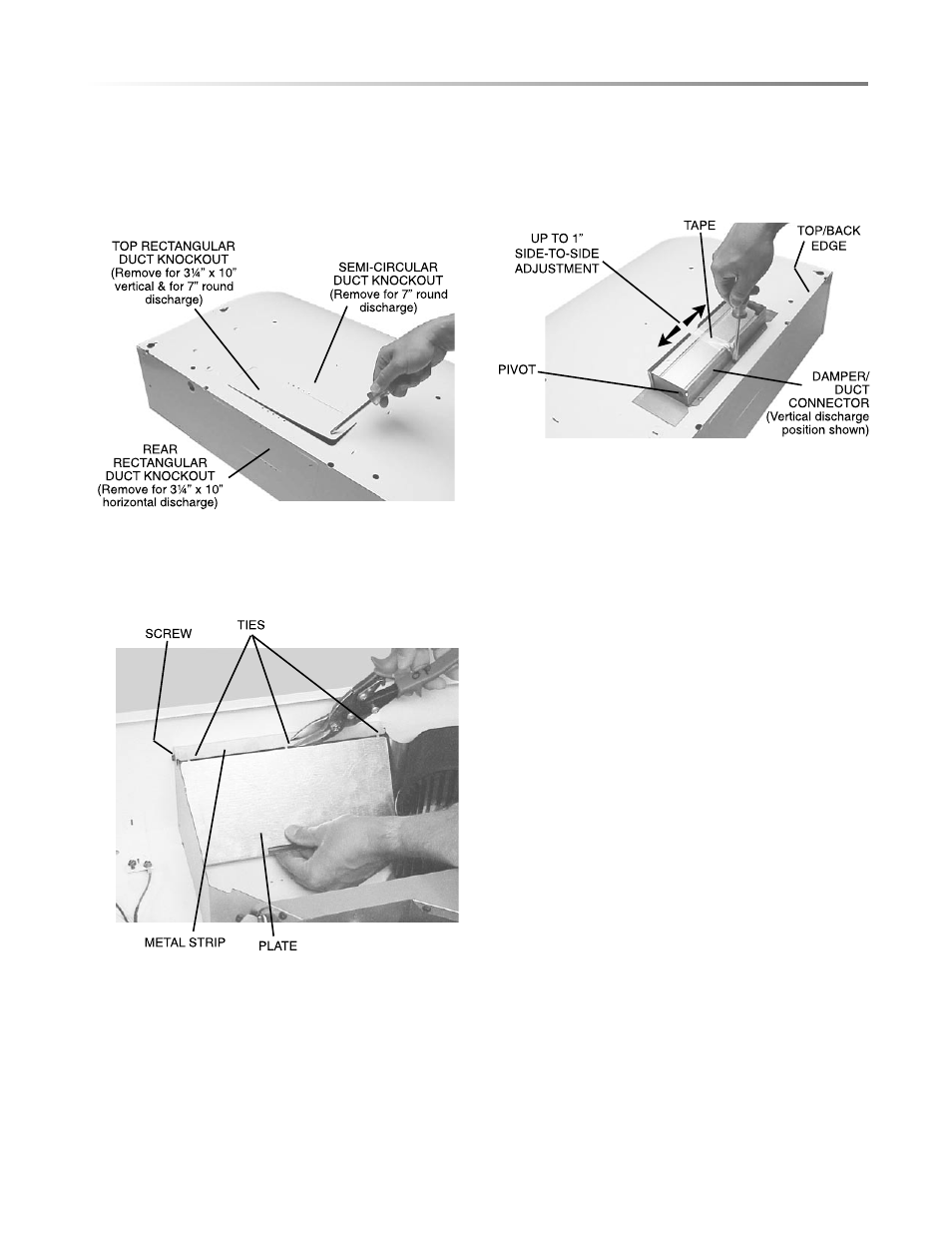 knockout opening with screws removed in Step 4 under

“PREPARE THE HOOD”. Make sure damper Pivot is

nearest to top/back edge of hood.

7” Round Ducted Discharge Only: Re-install 7” Round

THE HOOD”. Install a 7” Round Damper (purchase

of airflow (away from range hood).

up to 1⁄2” on either side of hood center. In extreme off-center

installations, one end of the duct connector may need to be

Note: Be careful not to trap wires between Support Fin

Remove appropriate Duct Knockout(s) from top or back

Horizontal Discharge Only: Remove the Plate in front of

out, and discard plate. DO NOT REMOVE the Metal