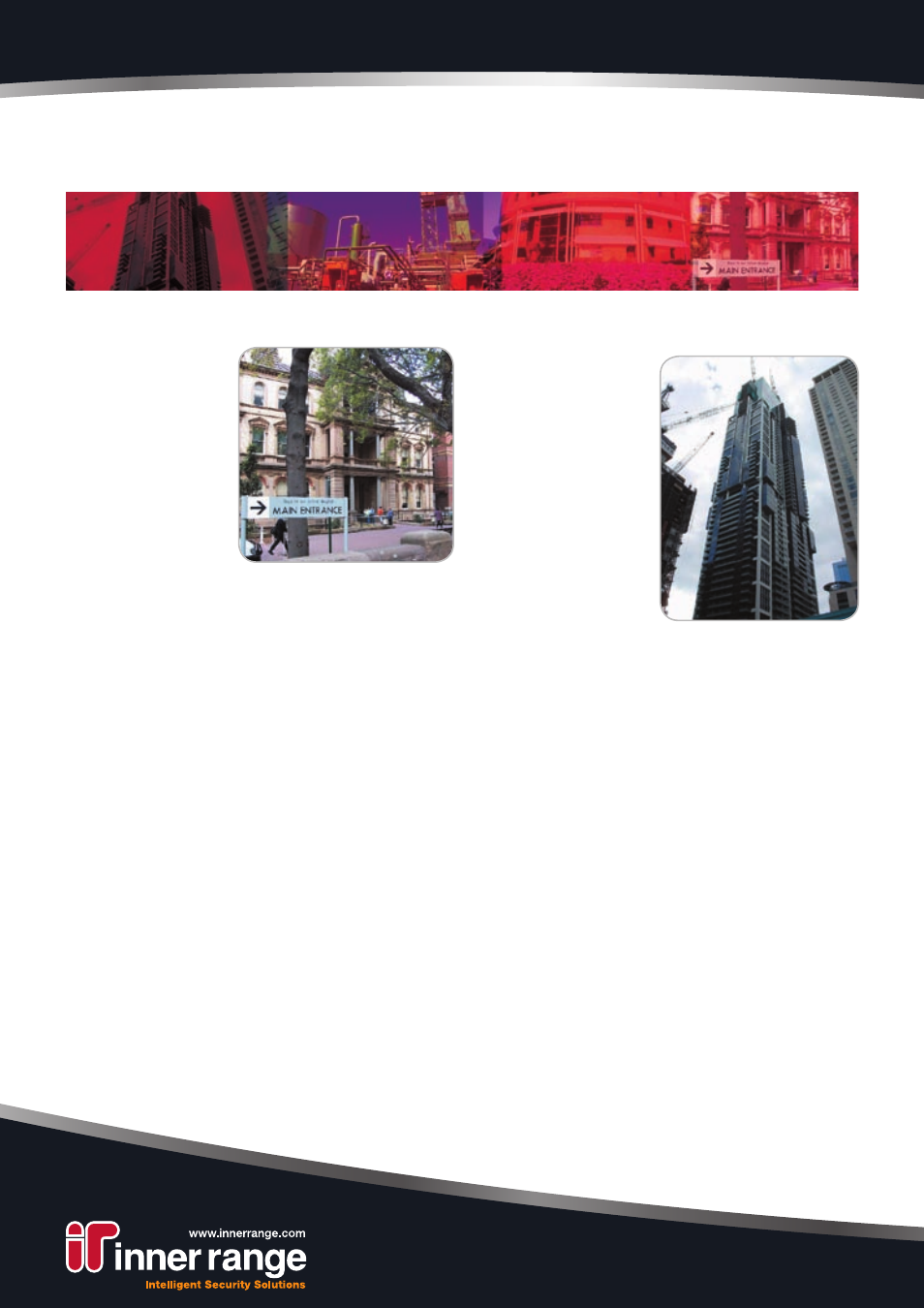 Health - Royal Prince Alfred Hospital
Royal Prince Alfred Hospital
has come a long way it
since it opened as a 146-
bed hospital and received its
first patients in 1882. Over
100 years later, it specialises
in cardiology, obstetrics
and gynaecology, oncology,
respiratory medicine,
neurology, as well as liver
and kidney transplants.
The 3,000 users need
a robust access control
solution that they can rely on in life-and-death situations.
There are 70 Intelligent 4 Door Access Modules, and many 1
and 2 Door Access Modules controlling access to over 300
doors throughout the site, with significant expansion projected
in future years.
Multiple Concept 4000 Control Modules are connected with
system management client/server software that also enables
design and printing of cards using the Photo ID Module.
Another software module enables the activation of hard-wired
and wireless duress buttons to send messages to pagers.
Several LAN Isolators regenerate the signal in long cable runs
throughout the hospital site and also provide isolation between
LAN sections in the event
of lightning-strike, cable-cut etc.
The IR system also controls several critical lifts including the lift
to the helicopter landing pad and the emergency lift.
As RPA continues to grow, the Hospital can be secure in the
knowledge that they have invested in a powerful and reliable
security solution today that will still accommodate their needs
for many years to come.

Major Residential - World Tower Apartments
The 637 apartments in the 75
storey World Tower dominate
the skyline even in the Sydney
CBD. The Australian Prime
Minister opened the tallest
residential apartment building
in the Southern Hemisphere
which prides itself on the
‘World Class Security’ offered
to tenants.
Four Concept 4000 control
modules are used throughout
the building, connected
together with system
management software.
Concept 4000 controls access
to over 100 doors with over
2000 users and 100 user types.
Tenants use key fobs for wireless entry to ten car park entries
over five levels. Twelve lifts servicing three separate tiers of the
building are controlled by three IR Modules. Button-feedback
alerts users when they select floors for which they don’t have
access to.
Panic buttons linked to the Concept 4000 module are sent
via low-level interfacing to Matrix CCTV stations and DVRs to
monitor and record images from 133 CCTV cameras in critical
areas such as car parks, entries and lift lobbies.
The Concept 4000 is also integrated with the Urmet Domus
Digivoice Intercom system for lift release. Additionally over 50
inputs including water supply, air-conditioning and pumps are
monitored in the building plant rooms.
Throughout the huge building, Concept 4000 undertakes an
amazing array of critical functions both in its own right and in
conjunction with other premium technology platforms.