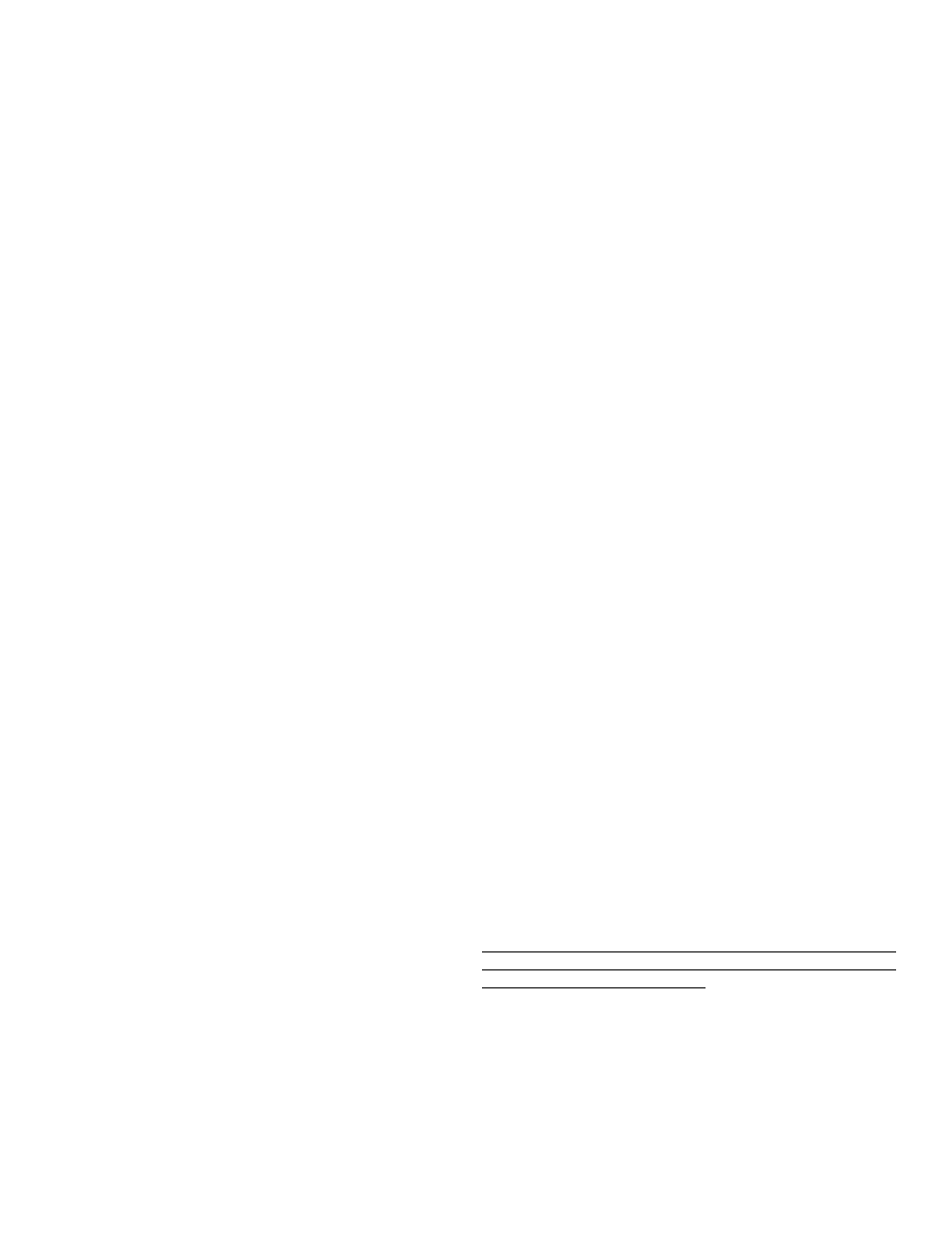 microMAX does not have the EP or GP settings). These
represent the following:

initialized to a vertical* position.

initialized to a level* (or 0°) position.

alignment. This must be used if you have a non-polar
aligned, non-German, equatorial mount.


EP Equatorial Perfect. Only for use with a non-German,

equatorial mount which will be used in a perfectly
polar aligned configuration.

Equatorial Table. For use with a mount whose
tracking motion is not apparent to the encoders (such
as an altitude/azimuth mount utilizing a tracking
platform). In this mode, the MAX computer assumes
that the telescope is being driven at exactly sidereal
rate, however it does not require that the mount be
polar aligned.

equatorial mounts. If the telescope can be pointed in
the same direction from two unique positions (as with
German mounts), the computer assumes one of
these positions.

Refer to the addendum "Star Alignments with a
German Equatorial Mount" for further information.

mounts which will be used in a perfectly polar aligned
configuration.

Refer to the addendum Star Alignments with a
German Equatorial Mount for further information.


* See the separate addendum The Importance of the Initial
NGC Alignment for details.

This determines how fast the information on

objects is scrolled across the MAX computer display. The
default value (that set prior to shipment) is 5, with the range
being 0 (slowest) to 9 (fastest).

Whenever information on an object

is scrolled across the display, the last item shown is the
chart number on which that object can be found. With the
NGC-MAX you may select between two popular star
atlases: Sky Atlas 2000 or Uranometria. The appropriate
chart number will appear after "

These values tell the MAX

computer what the final output resolutions of the encoders
are. A separate sheet, JMI Encoder Setup Specifications,
which was included with your encoders, specifies the

correct values to use for your telescope mount. If you
purchased your encoders with the MAX computer, the
resolutions are already defined for your mount.

SET DEC=0, LEVEL ME, and VERTICAL

For non-polar aligned telescopes, or polar aligned
telescopes using the two-star alignment method, the only
case in which you can ignore the initial pointing instruction
is when the MAX computer will not be used for actual
viewing (such as when conducting the Encoder Test). At all
other times, this step is vital to proper performance, and can
greatly affect the accuracy of the unit (either beneficially or
detrimentally). None of the above messages will appear if
the MAX computer is set for use with a polar aligned
telescope.

When the initial pointing instruction is displayed
(immediately after the power-up version message), no
button on the MAX computer should be pressed until that
positional requirement has been met. This initial position
tells the computer where your two encoder axes are
perpendicular (or parallel) to each other. This point is not
affected by polar aligning or leveling, so it does not matter
how your mount is oriented relative to the Earth or sky.

The meaning of each of the three possible messages is
outlined here:

The telescope should be pointed with the tube
perpendicular to the polar/azimuth axis. A
Declination setting circle, if set properly, may be
used to find this point.

The telescope should be pointed with the tube
parallel to the polar/azimuth axis. A Declination
setting circle, if set properly, may be used to
find this point.


It should be noted that improving this initial alignment can
greatly increase the guiding accuracy without showing an
improvement in the warp factor (which only measures the
accuracy of the distance between the two alignment stars).
Since factory marks are often off by a significant amount,
you may wish to do the following test. First, adjust the initial
position in one direction a few thousandths of an inch, finish
the alignment, then test the guiding accuracy. If it is worse,
try adjusting the initial alignment in the other direction. Do
several more adjustments in the direction that showed
improvement until you see the most accurate guiding. This
process is time consuming but well worth the effort.