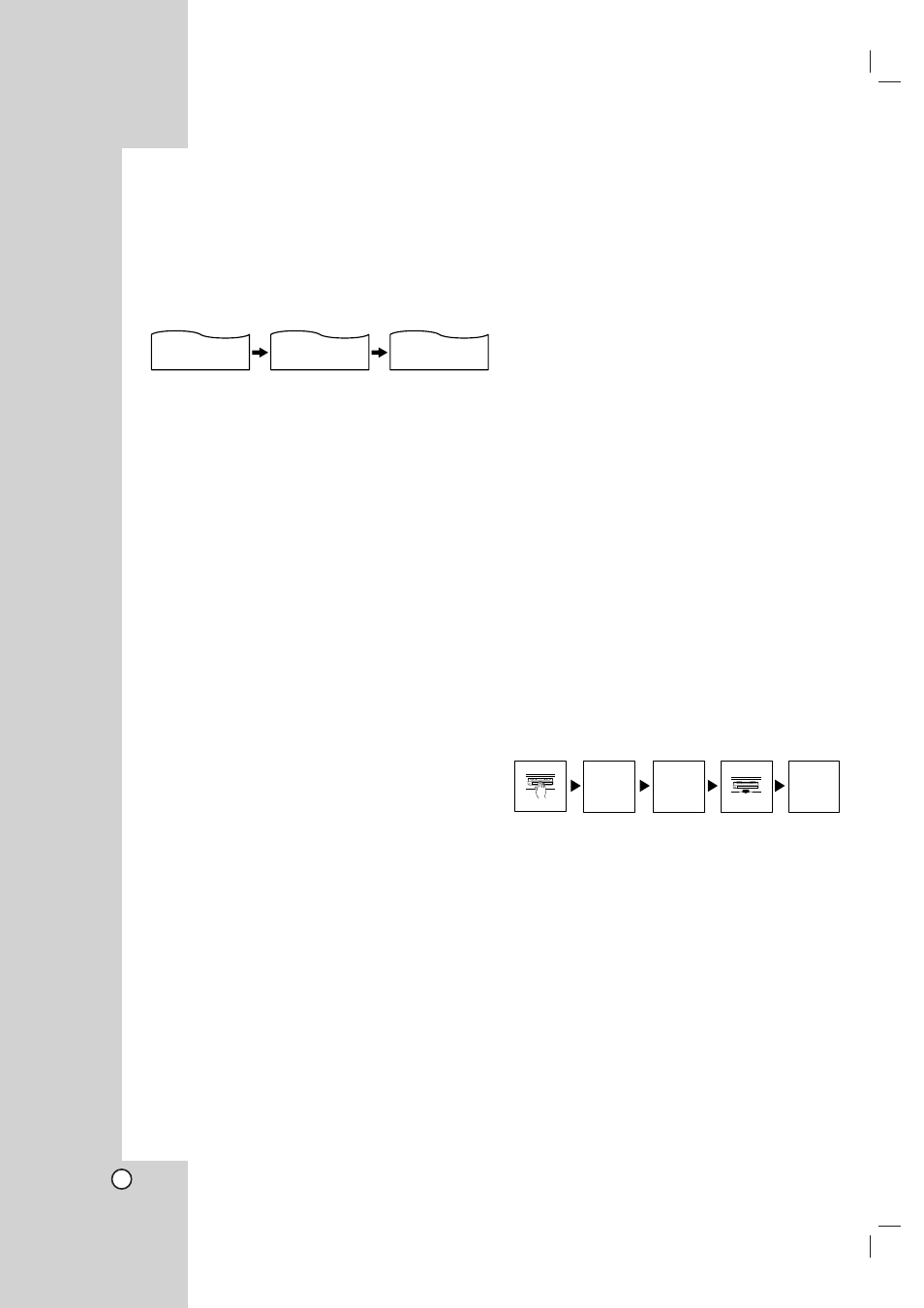 Shows length of tape run in hours, minutes, and
seconds. Press CLK/CNT to select the real-time
counter display.
Every press of CLK/CNT changes the TV screen
display as illustrated below.

This is useful if there is a section of tape you want to
view immediately after recording or if you want to
return to the same point several times.

1. Begin recording or playing a tape.

2. Press CLK/CNT repeatedly to display the

real-time counter on the TV screen.

3. At the point that you want to locate later, reset the

4. Continue to play or record.

5. Press STOP (x) once or twice when recording or

The tape automatically stops when the tape counter
returns to about “0:00:00”.

The remaining tape length indicator may not be displayed
correctly depending on the condition of the tape and the kind
of the tape (T-140, T-160, or T-210 etc.)

In manual recording, Timer recording, Instant Timer
Recording, playback, or fast forward modes, the Combi
Receiver automatically starts rewinding the tape at the
end of the tape. The cassette will stop at the beginning of
the tape and be ejected, and the Home Theater System
will turn itself off.

After you have finished using the Home Theater System,
rewind, eject, and remove the cassette. Place the
cassette in its protective sleeve to protect it from dust. It
is not necessary to rewind the cassette before removing
it, but if you do, it will be ready to play or record the next
time you use it.

Do not attempt to hook up more than one television set to
the Home Theater System for either recording or
playback.

The Output Source is changed to VCR mode
automatically.

The power turns on automatically and playback begins.

At the end of the tape, the Home Theater System stops
and rewinds the tape.

The cassette is ejected after rewinding and the VCR turns
itself off automatically.