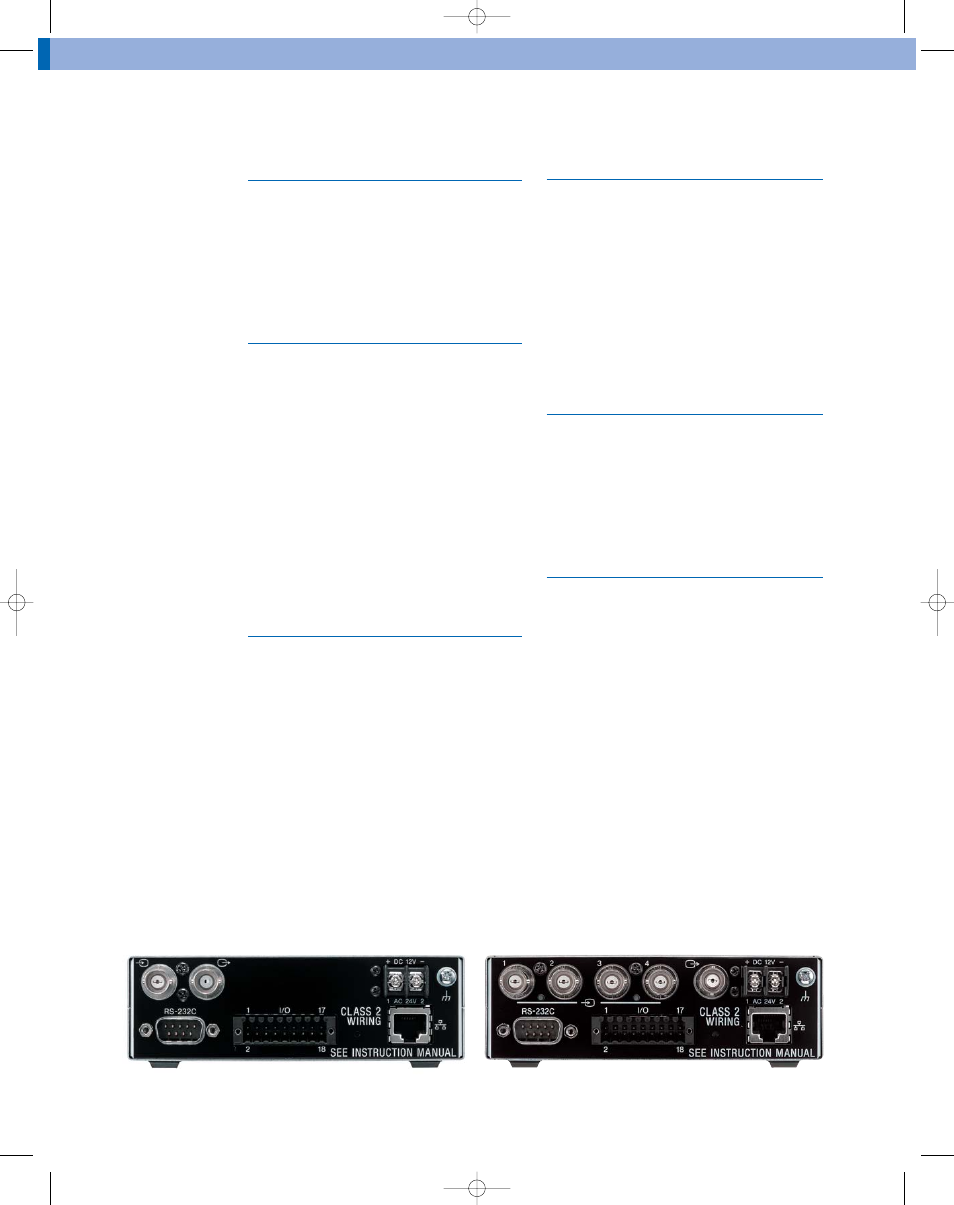 Memory card - You can increase the storage
capacity of the SNT-V501/V504 stations by
adding either a flash memory card or an ATA
Hard Disk Drive (HDD) card. IC recording media
such as a Memory Stick

media card with a

for the memory and the wireless cards compatible with
the SNT-V501/V504.

The SNT-V501/V504 are equipped with a built-in,
activity-detection function that can be set to
generate an alarm through its alarm-output
ports. In addition, with a sensor-input port that
can receive a trigger from an external sensor and
a built-in 8-MB buffer, the SNT-V501/V504
stations can store hundreds of pre-alarm and
post-alarm still images at the time an alarm is
triggered -whether from the activity-detection
function, the alarm-input port, or both. Pre-/post-
alarm images can then be transferred to an FTP
server.

Camera control with a serial interface -
The SNT-V501/V504 stations allow control of the
Pan/Tilt/Zoom and camera settings of Sony
EVI-D100/EVI-D70 cameras, and control of the
Sony SSC-DC590 Series cameras.
Transparent function -
The SNT-V501/V504 stations have a transparent
function via the RS-232C/485 interface. External
equipment can be connected and controlled by a
PC connected to the network.

User access to video cameras via the
SNT-V501/V504 stations can be limited by IP
filtering. Up to ten different groups can be
established by defining an IP address for each
group. Additionally, user names and passwords
can be assigned to allow four levels of access.

“Tour“ Feature -
This allows the user to preset up to five scanning
patterns with up to 16 positions in each scan.
“Area setting“ Feature -
This allows the administrator to design an area
within the image to be cropped, which is
particularly useful when you wish to monitor a
specific location.
Viewing from a PDA
Images can be viewed from a PDA running
Microsoft Pocket PC