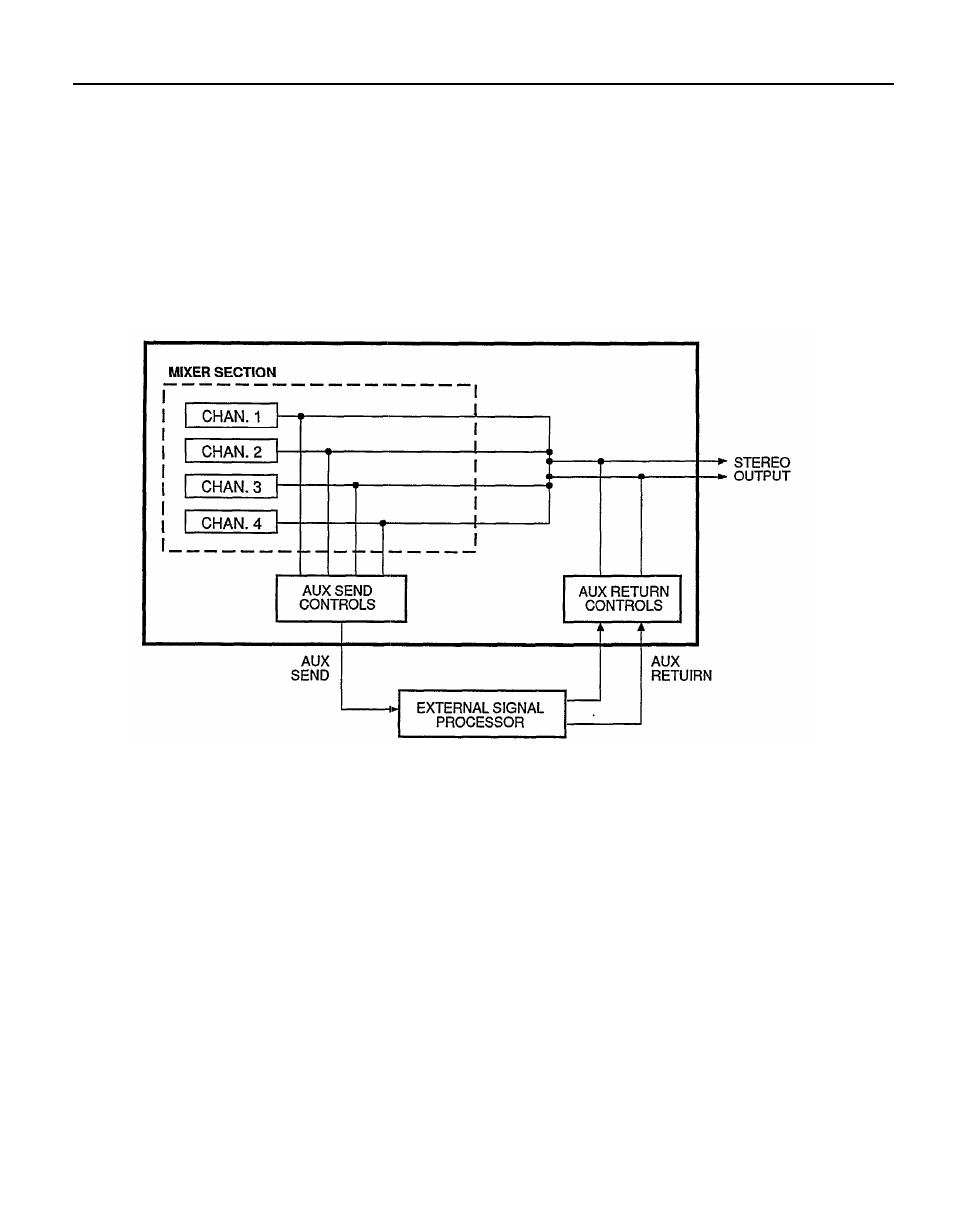 channels and combines them into a mono signal which is delivered via the AUX SEND jack (refer to the diagram below). You
can use the AUX SEND controls to create an “effect mix”, independent of the main mix, thus adding the required degree of
effect to each channel signal. The AUX SEND signal is sent to the input of an external signal processor (reverb, echo or
other effect device), and the output from the signal processor is returned to the AUX RETURN jacks. The level of the signal
received at the AUX RETURN jacks can be adjusted using the AUX RETURN control, and the resulting signal is combined

Since the returned effect signal is combined with the mixer’s stereo output signal, the AUX SEND/RETURN loop can be
used in mixdown to add an effect to tracks when they are being recorded. In this case tracks must be assigned to tape using
the “panned channel-to-track” assignment method (see page 13).

[Note] Since the AUX SEND/RETURN loop returns the