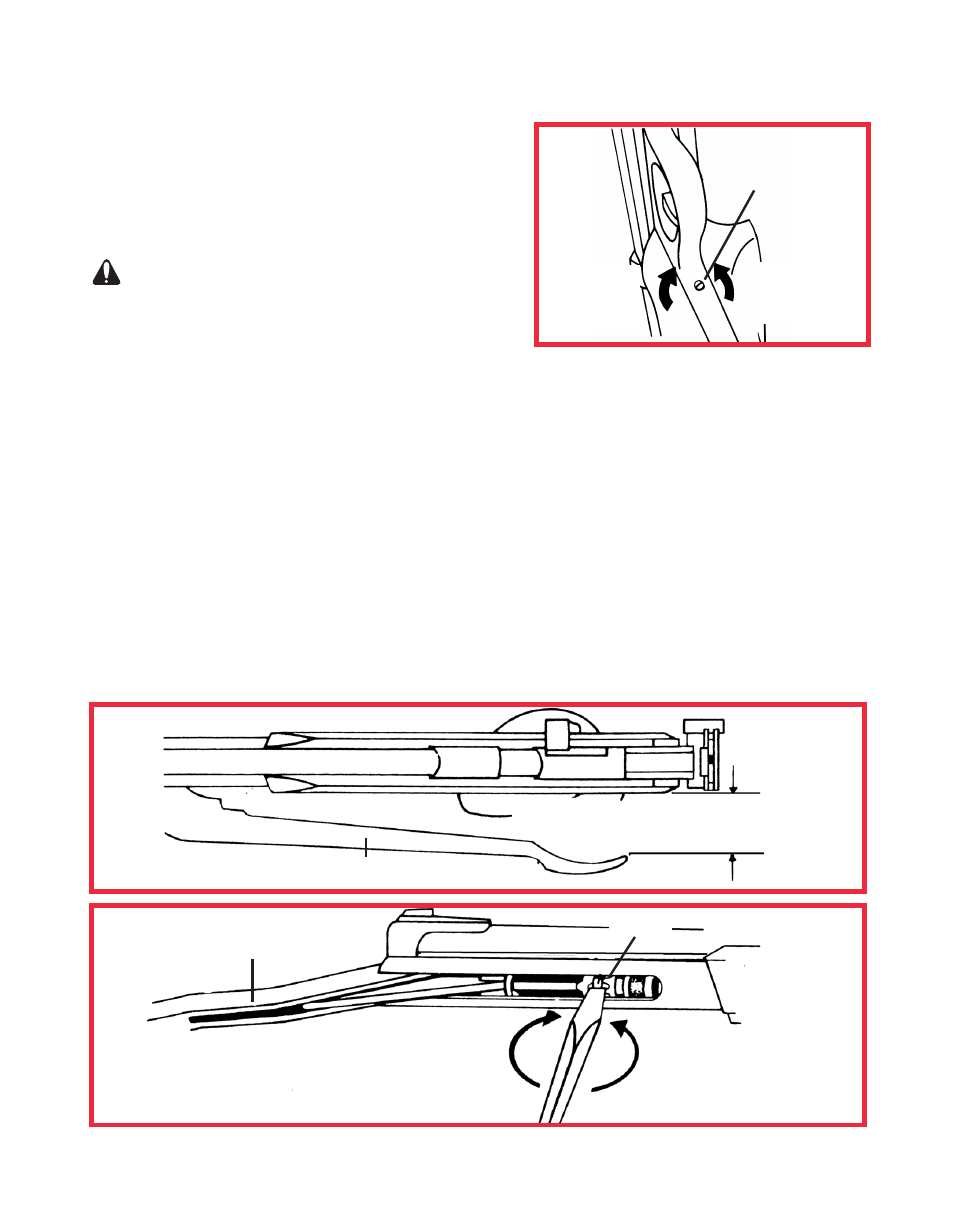 Trigger pull force can be adjusted between

approximately one and three pounds force. To

Stops are provided at the end of the adjustment.

WARNING: When the trigger adjusted to less

than 2 lbf, the gun may fire if dropped.

IMPORTANT: After 500 shots, and every 1,000 shots thereafter, the length of the pump

lever stroke may need adjustment in order to maintain maximum performance. To check

Step 1. After firing the gun, open the pump lever and close to the point where a slight

resistance can be felt and stop.

Step 2. Measure the distance between the receiver and end of the pump lever as shown

clearance dimension on your gun is within this range, no adjustment is required.

If the clearance dimension is not within this range, proceed to Step 3.

Step 3. With the pump lever in the fully open position, place a screwdriver with a large

blade between slots in the threaded portion of the pump. (Fig. 8) To increase the

NOTE: Adjusting the pump lever to a clearance dimension larger than 1 1/2 inches

will overstress the gun and will result in permanent damage to the gun. Maximum

performance will be achieved by adjusting the clearance as specified in Step 2.