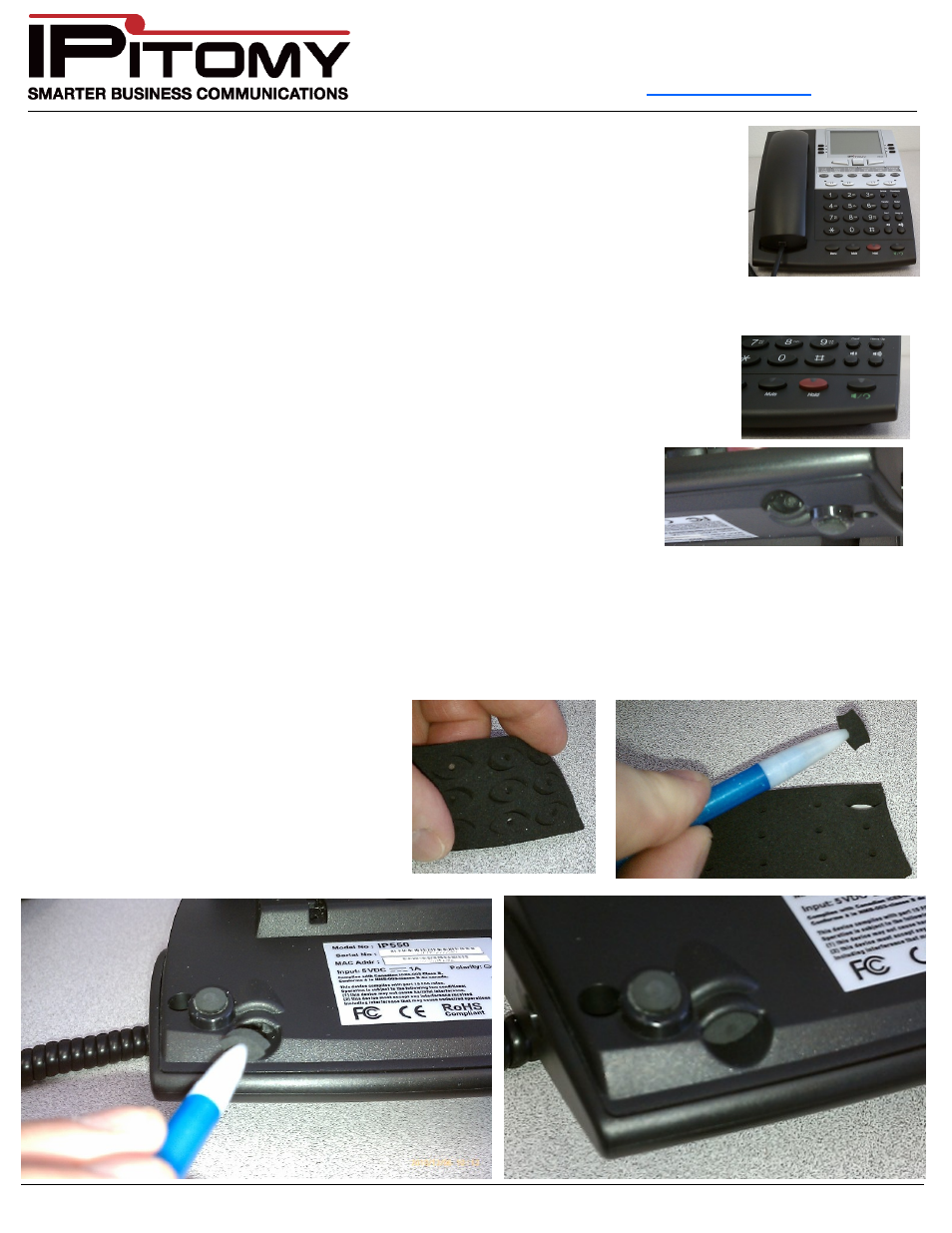 The influence of background noise in some environments can impose poor performance of speakerphone
operation. A Baffle has been developed that can be installed into the microphone cavity at
the front of the IP550 to reduce the undesirable sound waves entering the microphone.

This modification can be implemented in addition to/or instead of Tech Bulletin 2010-01,
IP550 Telephone Microphone Change-out.

1. Obtain an Acoustic Baffle from IPitomy Communications.
2. Remove the individual baffle from the sheet provided.
3. Use a mechanical pencil or pen to aid in placement of the baffle.
4. Locate the speakerphone microphone cavity at the front edge of the IP550 telephone.
5. Locate the microphone opening at the end of the cavity (inside the cavity).

Note: It is important that this hole be aligned with the hole in the Baffle.

6. Using the hole in the Baffle, place the Baffle onto the mechanical pencil or pen such that the side with the ad-

hesive is facing away from the pencil/pen.

7. Use the pencil/pen to guide the Baffle into the microphone cavity such that it comes to rest against the cavity

interior and is flush with the opening. Take care to assure the alignment of the Baffle hole with the hole
through which sound enters the micro-
phone.

8. Test the telephone in speakerphone mode

to assure that you can be heard by the
connected party.