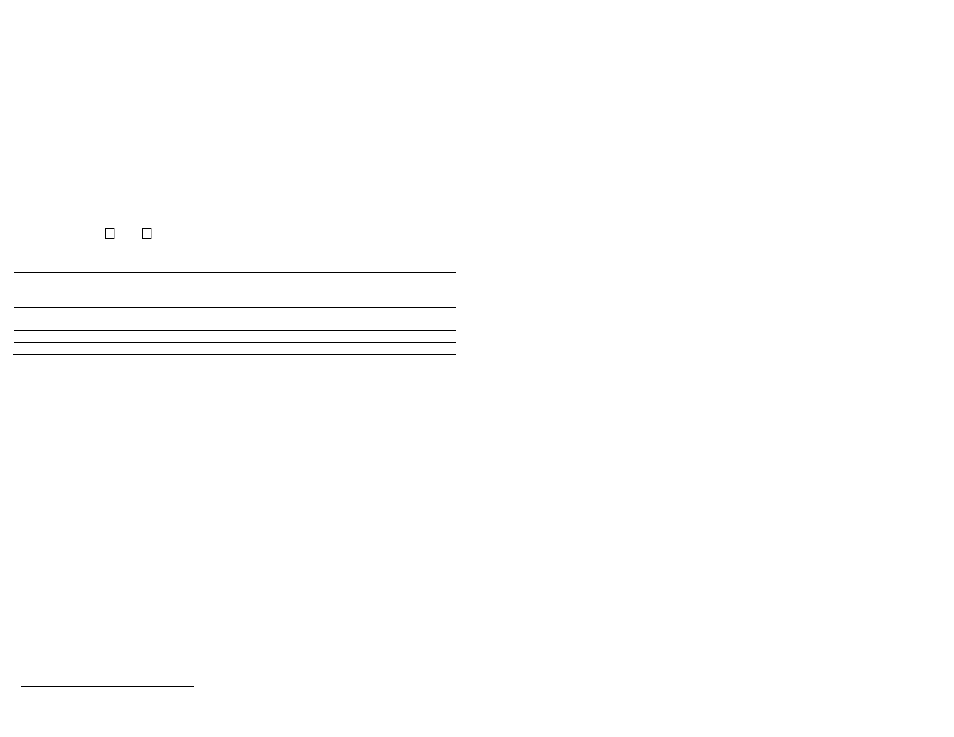 Your alarm system has three different operating modes: active, semi-passive rearming and passive rearming depending
on initial programming. See the relevant paragraph for the mode your system was configured in during installation.
Following a rearming, the last remote that transmitted a command to the system will receive confirmation of the rearming.
ACTIVE
In active mode, the alarm must be armed and disarmed using the remote (see Table of Commands on page 9).
Alarm is armed as soon as command is received, even if a zone is in violation when command is received. If so, the remote
will emit a loud chirp telling you that one zone is active but the alarm is now enabled. However, a violated zone cannot
trigger the alarm unless it returned to a normal condition beforehand.
This mode is always available even if, during installation, your system was not configured for it.
SEMI-PASSIVE REARMING
In semi-passive mode, alarm must be armed and disarmed using the remote (see Table of Commands on page 9).
In this mode, alarm rearms automatically 25 seconds after disarming (rearming cycle) if doors all remained closed. Indicator
light flashes rapidly to indicate that system is in rearming cycle.
Note: If vehicle is equipped with power locks interfaced with the system, a device can be added to prevent doors from
locking during rearming if key is still in ignition. If applicable, this device allows system to be armed but cancels locking.
Key detection device is

installed on this vehicle.

Following table shows effect of each zone on rearming cycle.

These three zones prolong rearming cycle as long as they remain in violation.

Applying brakes or activating Temporary Valet Mode (see page 16) cancels rearming.
PASSIVE REARMING
In passive rearming mode, opening a door triggers rearming cycle.
Alarm will be armed 30 seconds after checking that all protection zones are in normal condition. This 30-second period is
called "rearming cycle".
If a zone detects a violation during rearming cycle, countdown stops and restarts at 30 seconds when all zones are back in
normal condition.
During rearming cycle, indicator light flashes rapidly.
After five seconds, system sends an audible confirmation (siren chirps once), indicating that system will arm after 25
seconds.
After this delay, alarm is armed and sends a second confirmation (siren chirps once and parking lights flash once) to indicate
that system is armed.
If you wish to remain in the vehicle without driving off, you can cancel rearming cycle by applying brakes.
When you exit the vehicle, cycle resumes and system arms automatically.

If you disarm the system and do not open the door within 1 minute, it rearms itself automatically.

system because opening a door is simulated for factory system rearming.