Parts of the camera, Before pairing, Pairing procedure 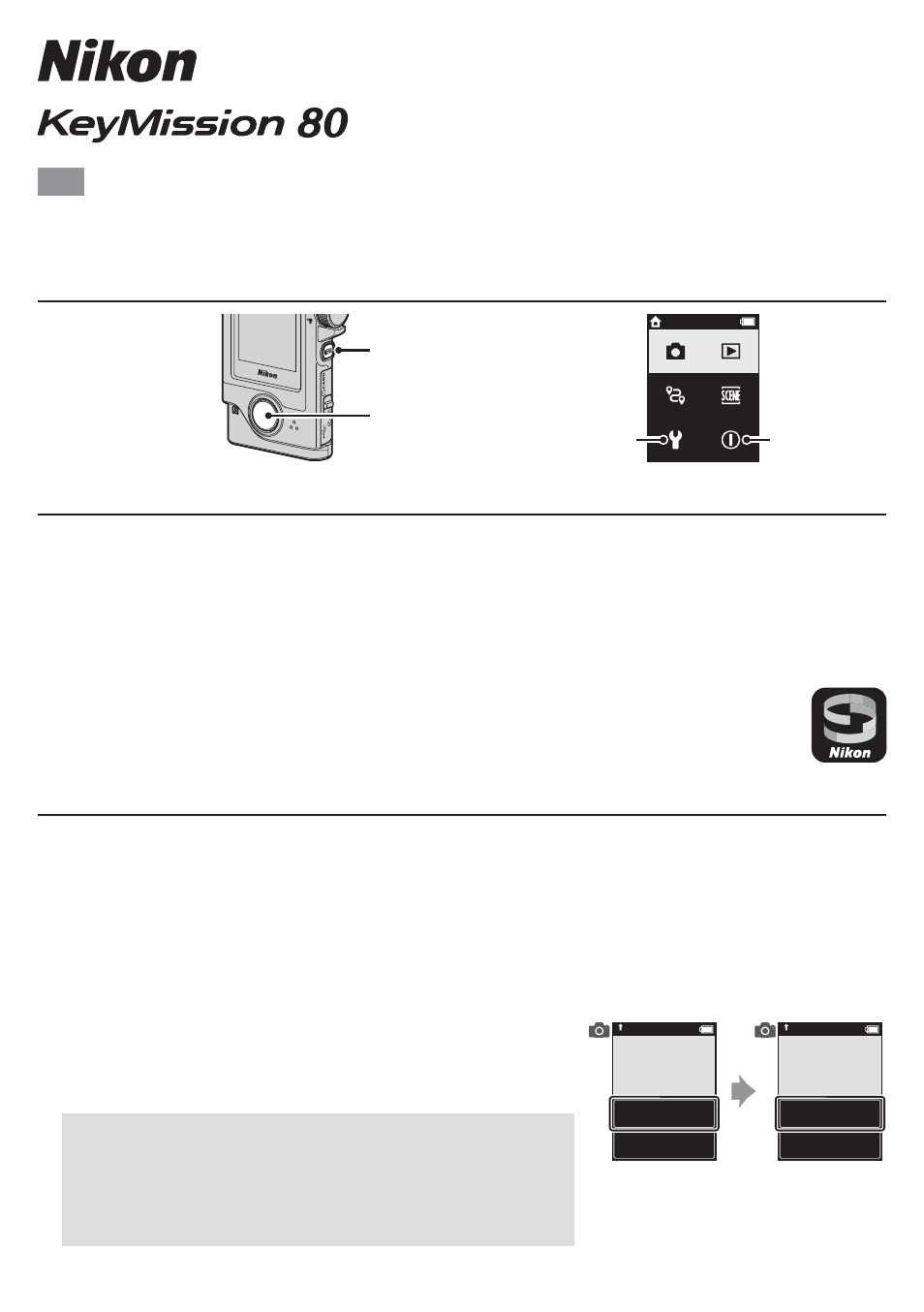 Procedure for Pairing for the First Time (for iOS Users)

Here, pairing refers to the setting used to connect the camera and smartphone or tablet (below, “smart device”)
through Bluetooth.

Parts of the Camera

• Insert a microSD memory card with sufficient free space into the camera.
• Check that the battery is sufficiently charged so that the camera does not turn off during the procedure.

The camera cannot be charged when it is set in the camera holder.

pairing with this camera.

• Do not pair from the Bluetooth setting screen of the smart device.

1 Check that the camera is off (the screen is off).
2 Enable Bluetooth and Wi-Fi® on the smart device.

• Do not pair from the Bluetooth setting screen of the smart device.

3 Install the SnapBridge app.
4 Press the shutter-release button or the d (menu) button to turn on the camera.

• On the language selection dialog, select a language by tapping.

screen, and then tap Next.

If You Tap Later

You can pair later by performing the following operation.
d

through the screen, then Network menu M Connect to smart
device