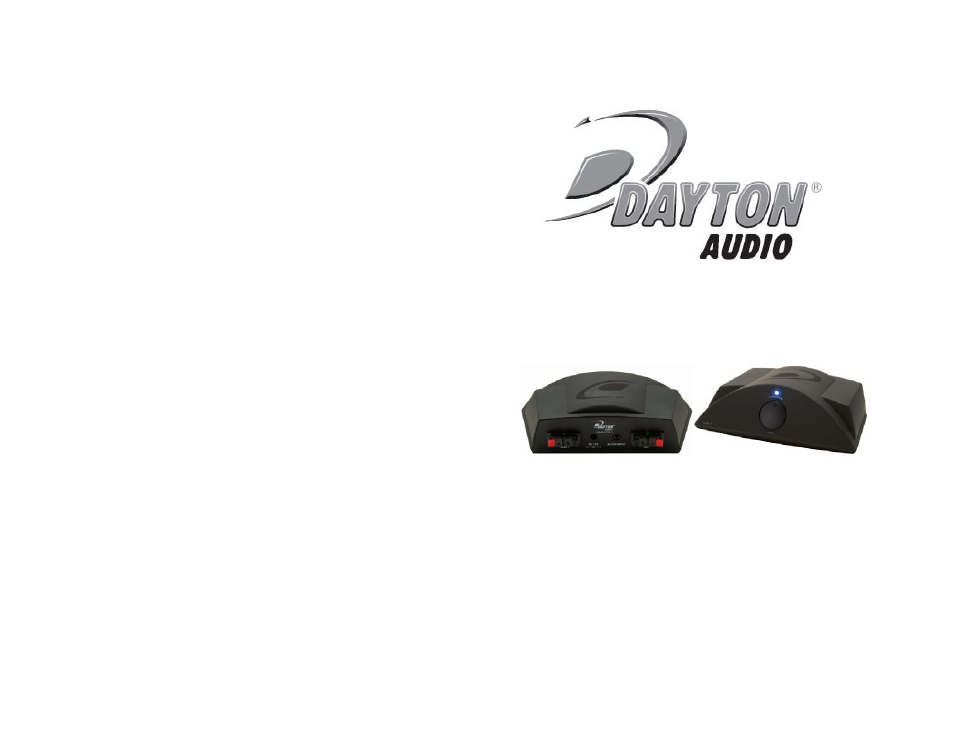 Thank you for purchasing the Dayton Audio DTA-1AR

back with the DTA-1AR wireless amplifier receiver. Built upon
the tried-and-true Class T amplifier design, this system exhibits
the same high-fidelity audio quality that audiophiles have come
to love while remaining compact. When used wirelessly with
the DTA-1T transmitter, true stereo sound is sent to the
DTA-1AR amplifier/receiver via a 2.4 GHz signal while
maintaining 20-20,000 Hz (-3 dB) frequency response.


Dayton Audio's DTA-1AR is the amplifier solution for

fixed audio desktop sound or as the receiving amplifier for
your DTA-1T streaming audio unit. Great for use outdoors, as
wireless rear channel surround speakers, or quickly adding a
zone to your stereo system when used with the Dayton Audio
DTA-1T transmitter.

Key features of the DTA-1AR include an amplifier

efficiency of up to 88% for long life when powered off batteries
(8 AA batteries, not included) and cool operation, a compact
size transmitter that looks great on desks, 3.5 mm AUX input
for smartphone or MP3 connectivity, and spring loaded
speaker terminals for quick speaker connection.

purchased for use with the DTA-1T allowing you to increase
the size of your wireless system (up to 16 DTA-1ARs).