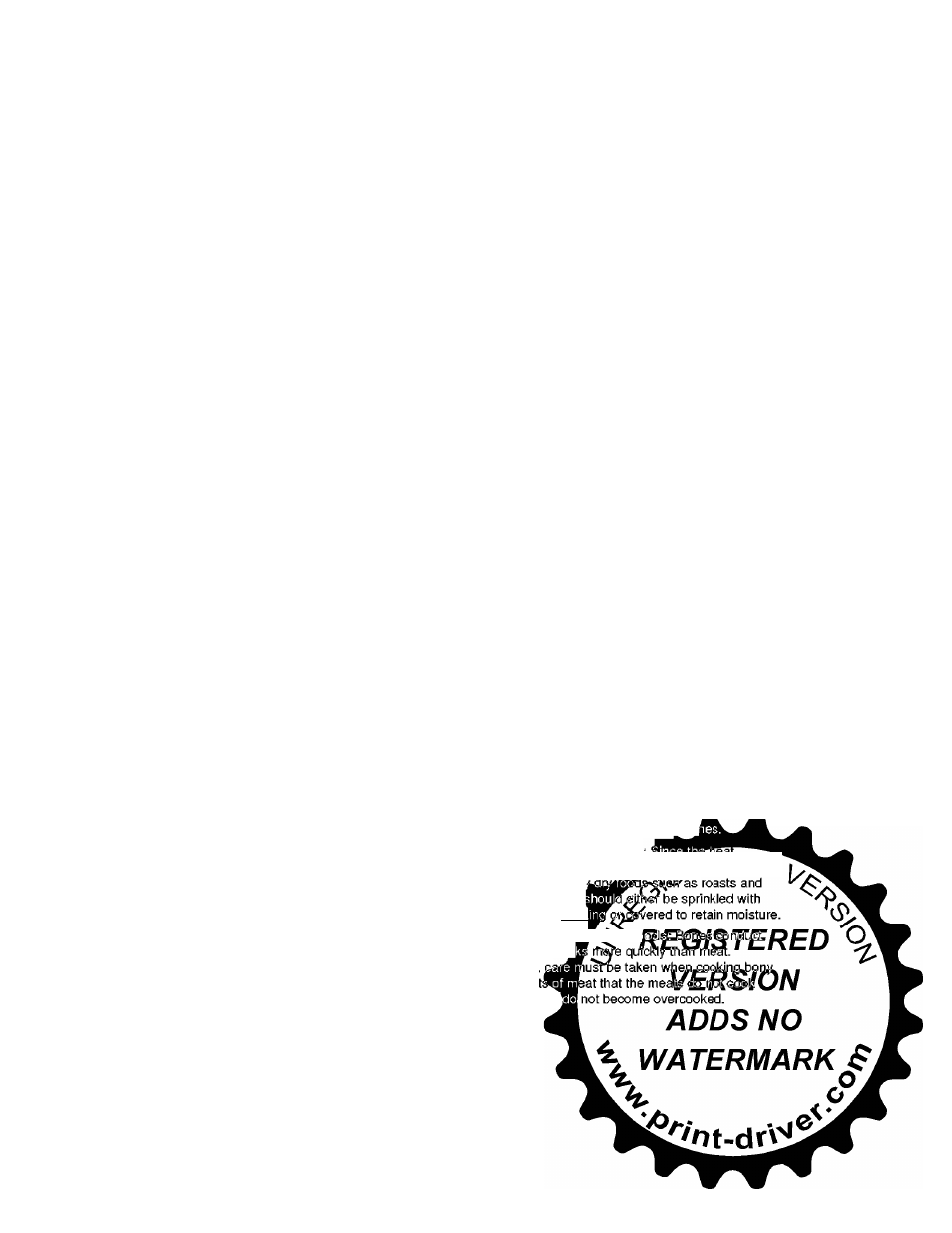 Browning: Meals and poultr/ that are cooked

fifteen minutes or ionger wiii brown iightiy In their
own fat. Foods that are cooked for a shorter period
of time may be brushed with a browning sauce to
achieve an appetizing coior. The most common iy
used browning sauces are Worcestershire sauce,
soy sauce, and barbecue sauce. Since reiatively
smali amounts of browning sauces are added to
foods, the originai fiavor of recipes is not aitered.

Covering: A cover traps heat and steam and
causes food to cook more quickiy. You may either
use a iid or microwave ciing-film with a corner
foided back to prevent spiitting.

retain some heal. Since it makes a iooser cover

Wrapping in waxed paper or paper towel:
Sandwiches and many other foods containing
prebaked bread shouid be wrapped prior to

microwaving to prevent drying out.

Arranging and spacing: Individual foods such as
baked potatoes, small cakes, and hors d'oeuvres
will heat more evenly if placed in the oven and
equal distance apart, preferably in a circular
pattern. Never stack foods on top of one another.

Stirring: Stirring is one of the most important of all

foods are stirred for the purpose of blending.

Microwaved foods, however, are stirred in order to

spread and redistribute heat. Always stir from the
outside towards the center as the outside food

Turning over: Large, tall foods such as roasts and
whole chickens should be turned so that the top
and bottom will cook evenly. It is also a good idea
to turn cut-up chicken and chops.

Placing thicker portions near the edge: Since
microwaves are attracted to the outside portion of

foods, it makes sense to place thicker portions of

meat, poultry and fish to the outer edge of the

baking dish. This way, thicker portions will receive
the most microwave energy and the foods will cook
evenly.

so that microwaves can be absorbed by the
underside and center of the foods.

Piercing: Foods enclosed in a shell, skin, or
membrane are likely to burst in the oven unless

they are pierced prior to cooking. Such foods
include both yolks and whites of eggs, clams and
oysters, and many whole vegetables and fruits.

Testing if cooked: Because foods cook so quickly
in a microwave oven, it is necessary to test food
frequently. Some foods are left in the microwave
until completely cooked, but most foods, including

meats and poultry, are removed from the oven

Standing time: Foods are often allowed to stand
tor 3 to 10 minutes after being removed from the

during standing time to retain heat unless they are
supposed to be dry in texture (some cakes and
biscuits, for example). Standing allows foods to
finish cooking and also helps flavors to blend and
develop.

foods such as roasts and casseroles. You must
take care when microwaving porous foods that the
outer edges do not become dry and brittle.

Height of foods: The upper portion of tall foods,
particularly roasts, will cook more quickly than the
lower portion. Therefore, it is wise to turn tall foads