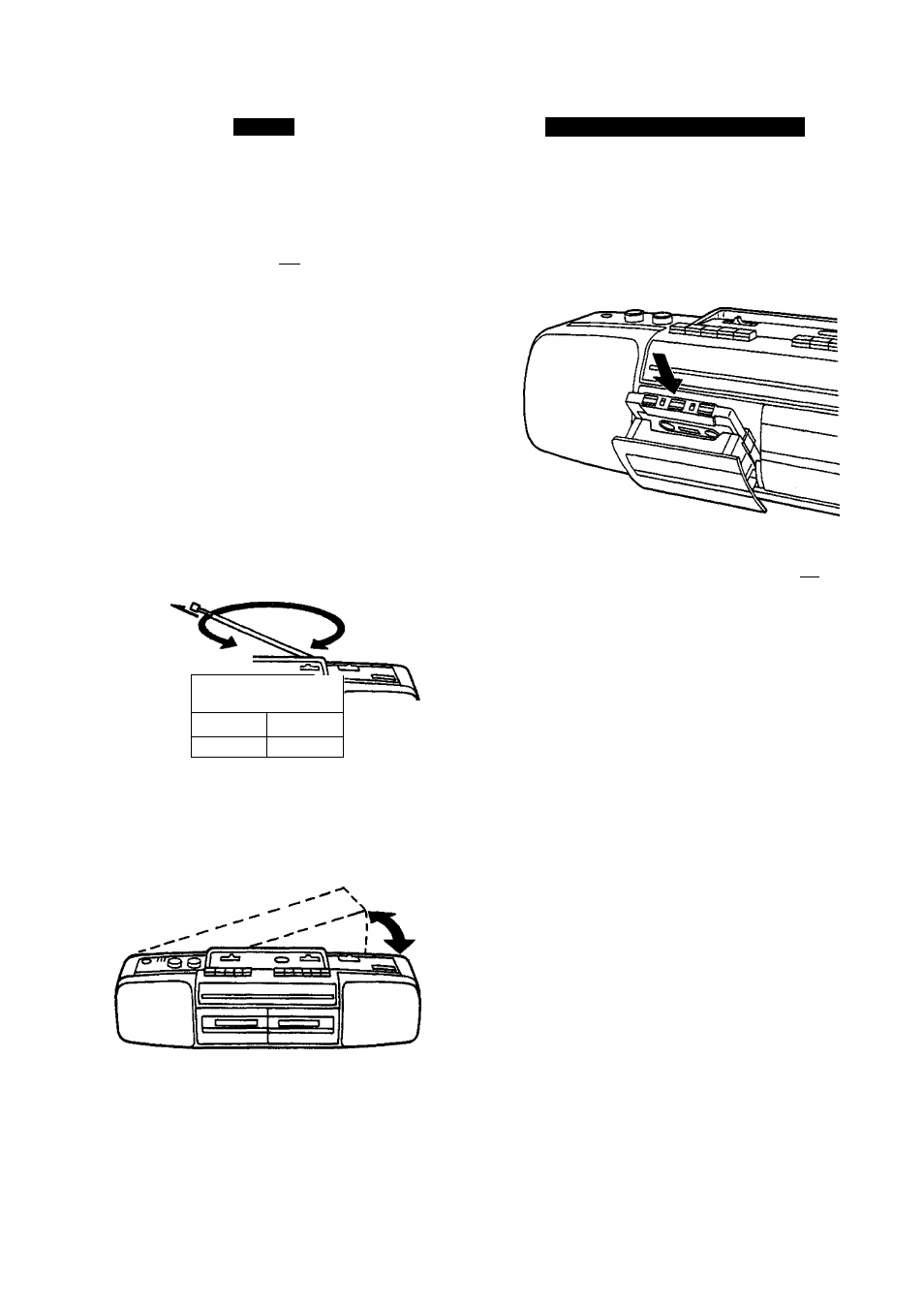 Set the Function Selector to "RADIO".

2. Set the Band Selector to the desired radio band.
3. Tune in your favorite station using the Tuning Control.
4. Adjust the Volume and Tone Controls to the desired

5. The radio can be turned off by setting the Function

tor will light during stereo broadcasts.

“FM". This will reduce the noise and provide clear
reception: however, the broadcast will not be heard
in stereo.

Puli out the Telescopic Antenna and adjust its length and
angle for optimum reception.

This unit has a dual cassette system. A tape can be played

1. Open the Cassette Compartment cover by pressing the

Stop/Eject Button, insert the playback tape as shown in

the figure, and then close the Cassette Compartment

5. To stop the playback, press the Stop/Eject Button.

1. Insert the playback tapes into Tape 1 and Tape 2.

The tape will move rapidly forward when the Fast Forward

The tape will rewind rapidly when the Rewind Button is

Do not press the Playback Button during fast forward

or rewind, as this may jam the tape. Always press the