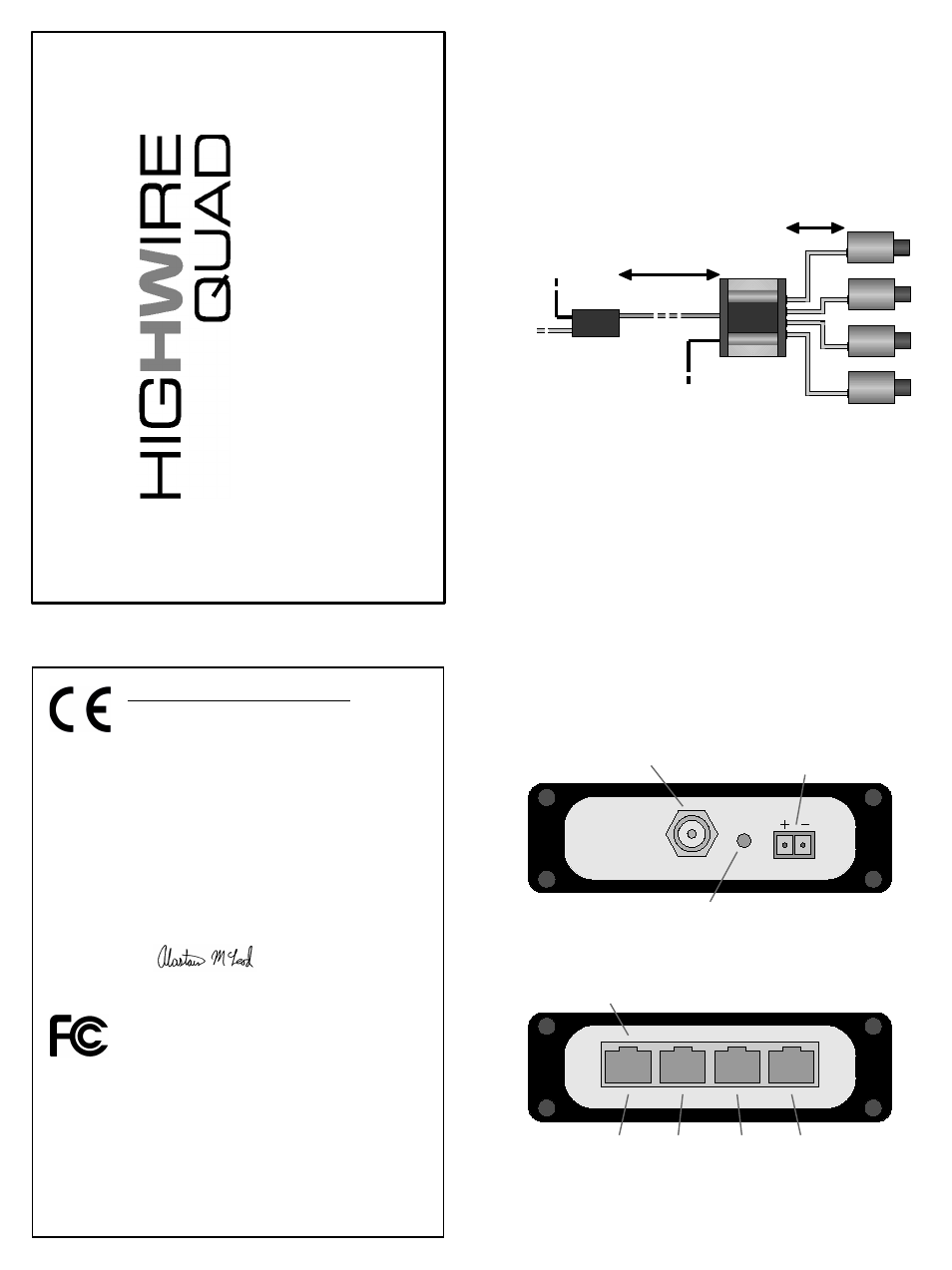 Where to use HIGHWIRE QUAD

HIGHWIRE QUAD makes it possible to replace an installed
analogue camera with up to four high-quality digital IP cameras,

without the expense of replacing existing cabling.

HIGHWIRE QUAD integrates a HIGHWIRE Ethernet-over-coax
interface, a 10/100 network switch, and a versatile Power Over

In the example above, the HIGHWIRE QUAD provides all four

cameras with both a POE power supply and Fast Ethernet
connection, and converts the data into a digital signal that can

be carried by the existing coaxial video cable.

A single-port HIGHWIRE converts the digital signal back to an
Ethernet connection at the other end of the cable, allowing the

cameras to communicate with the rest of the network. The
HIGHWIRE conversion is transparent and undetectable to the

Connections to the HIGHWIRE QUAD are as shown:

We, Veracity UK Ltd. of

conforms to the essential protection requirements of the EMC Directive
89/336/EEC as amended. The following EMC standards have been applied:

I hereby declare that the equipment named above has been been found to
comply with the relevant sections of the above referenced specifications.
The unit complies with all essential requirements of the EMC Directive.

This device complies with Part 15 of the FCC Rules.
Operation is subject to the following two conditions: (1)
this device may not cause harmful interference, and (2) this
device must accept any interference received, including
interference that may cause undesired operation.

NOTE: This equipment has been tested and found to comply with the limits
for a Class A digital device, pursuant to Part 15 of the FCC Rules. These
limits are designed to provide reasonable protection against harmful
interference when the equipment is operated in a commercial environment.
This equipment generates, uses, and can radiate radio frequency energy
and, if not installed and used in accordance with the instruction manual,
may cause harmful interference to radio communications. Operation of this
equipment in a residential area is likely to cause harmful interference in
which case the user will be required to correct the interference at his own
expense.