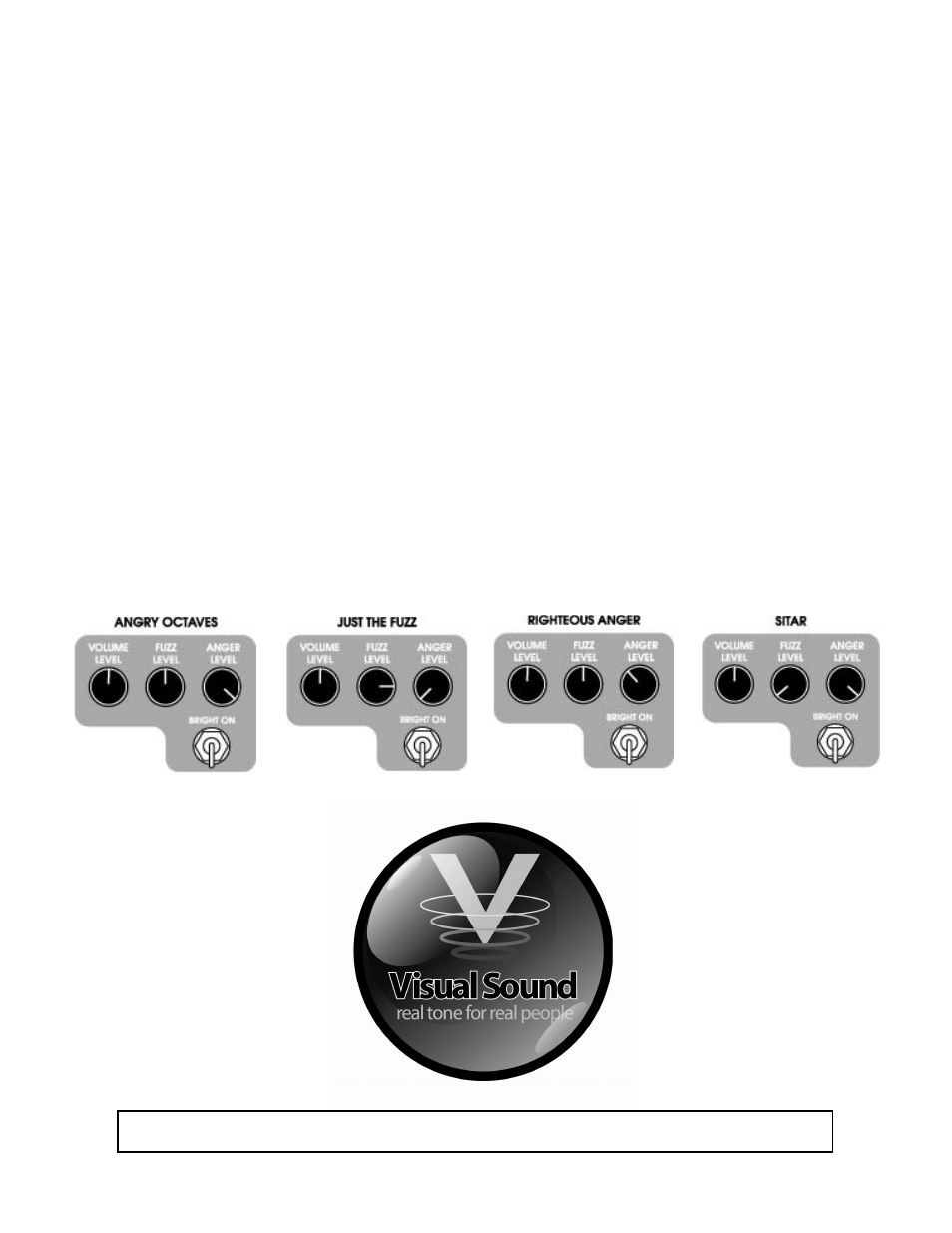 Angry Fuzz is an original Visual Sound effect that will blow away any other fuzz pedal
you’ve ever tried. Although it has an octave circuit which can be blended in with the
fuzz, it is not at all like an Octavia or other vintage pedals. Set the volume and fuzz
levels and turn the Bright switch on or off for your basic fuzz tone. The fun begins when
you start blending in the octave circuit with the Anger Level knob. With single notes, it
will give you an octave up.

However, play a two note chord and you’ll get the octave up plus some wild lower octave
artifacts. Try this:

• Play a 1 and 5 combination, you will also hear a note that is one octave down

• Play a 1 and 4 combination, and you’ll hear a note that is two octaves down from

• Play a 1 and 3 (major) combination, and you’ll hear a note that is two octaves


This effect is even more pronounced when you roll off your guitar volume to about half.
Crazy… and cool. And yes, it will make you play angry! Following are some settings to
get you started:

Power with either a 9V alkaline battery or 9VDC regulated power supply like the 1 SPOT.