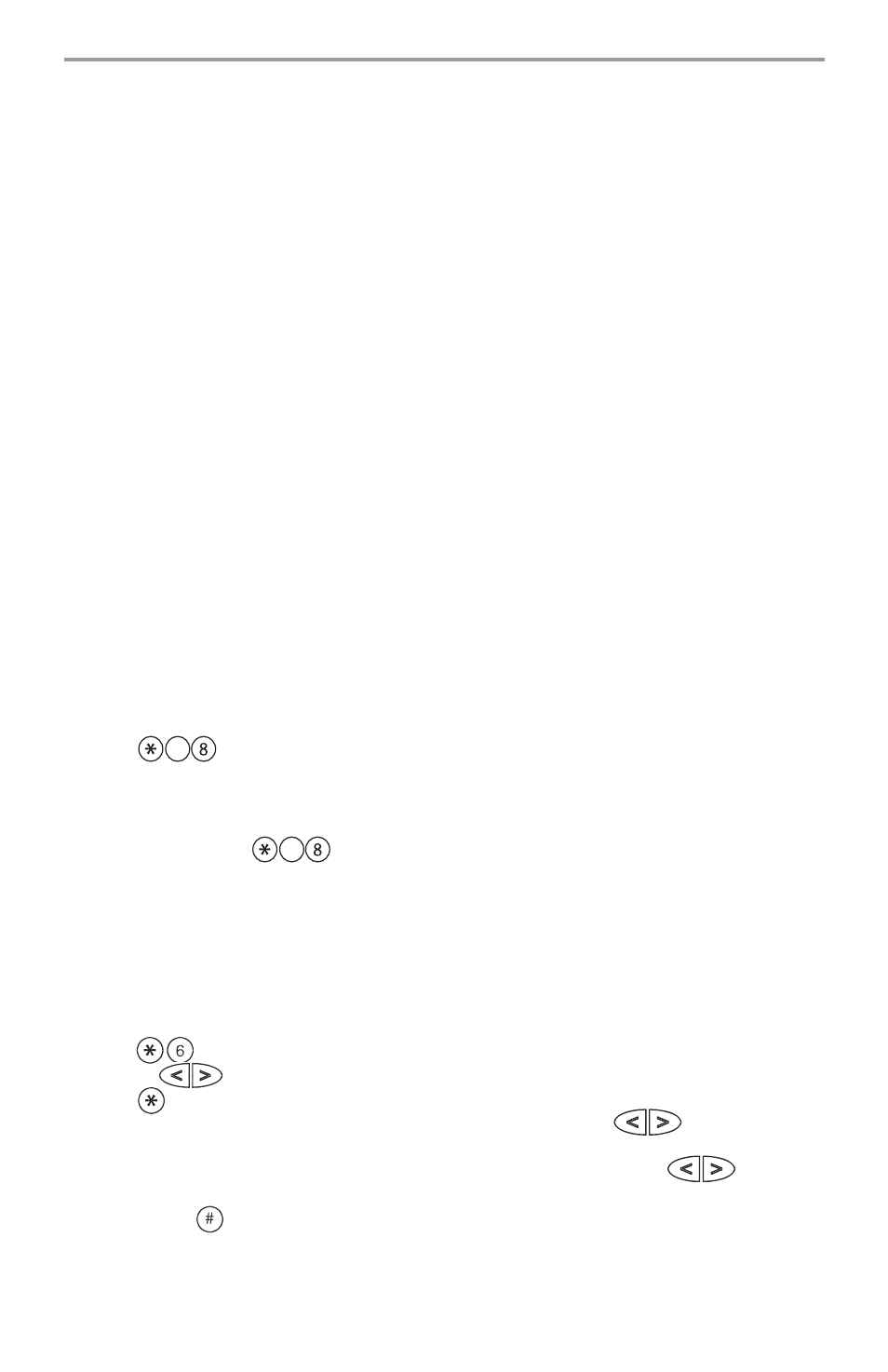 Auto-arming can be cancelled or postponed by entering a valid access code only, during the pro-
grammed warning period. Auto-arming will be attempted at the same time the next day. When the
auto-arming process is cancelled or postponed, the Auto-arm Cancellation Reporting Code will be
transmitted (if programmed).
If arming is inhibited by one of the following, the Auto-arm Cancellation transmission will be com-
municated.
- AC / DC Inhibit Arm
- Latching System Tampers
- Zone Expander Supervisory Fault

The system’s Bell Output (2s), Keypad Lights and Communicator are tested. This test will also mea-
sure the panel’s standby battery.

If enabled, the installer will be able to access Installer Programming by DLS. In case of DLS access this
provides a window where rings will be detected by the panel. The DLS window will remain open for
6hrs, during which time the installer will be able to enter DLS an unlimited number of times. After
the 6-hr window has expired, Installer’s Programming will be unavailable again until the window is
re-opened.

This test allows the user to verify operation of system detectors and notifies the central station that a
Walk Test is in progress.

Fire zones, the 'F' key, and 2-wire smoke detectors are excluded from this test. Violation

condition to the central station.
1. Press

to enable Walk Test. The system will notify the Central Station that a walk test

2. Violate all each detector (zone) in sequence. A squawk will occur at the keypad, all LEDs on the

keypad will flash and the violation will be recorded in the Event Buffer.

to end the Walk Test. The system will notify the Central Station

that the walk test has been terminated.

If a zone is not violated within 15 minutes of activating the Walk Test, the system will

PK5500/RFK5500 keypads
When this option is selected, the keypad will allow you to scroll through 10 different brightness/con-
trast levels.
1. Press

keys to scroll to either Brightness Control or Contrast Control.

to select the setting you want to adjust.

4. a) ‘Brightness Control’: There are multiple backlighting levels. Use the

keys to scroll to

the desired level.
b) ‘Contrast Control’: There are 10 different display contrast levels. Use the

scroll to the desired contrast level.