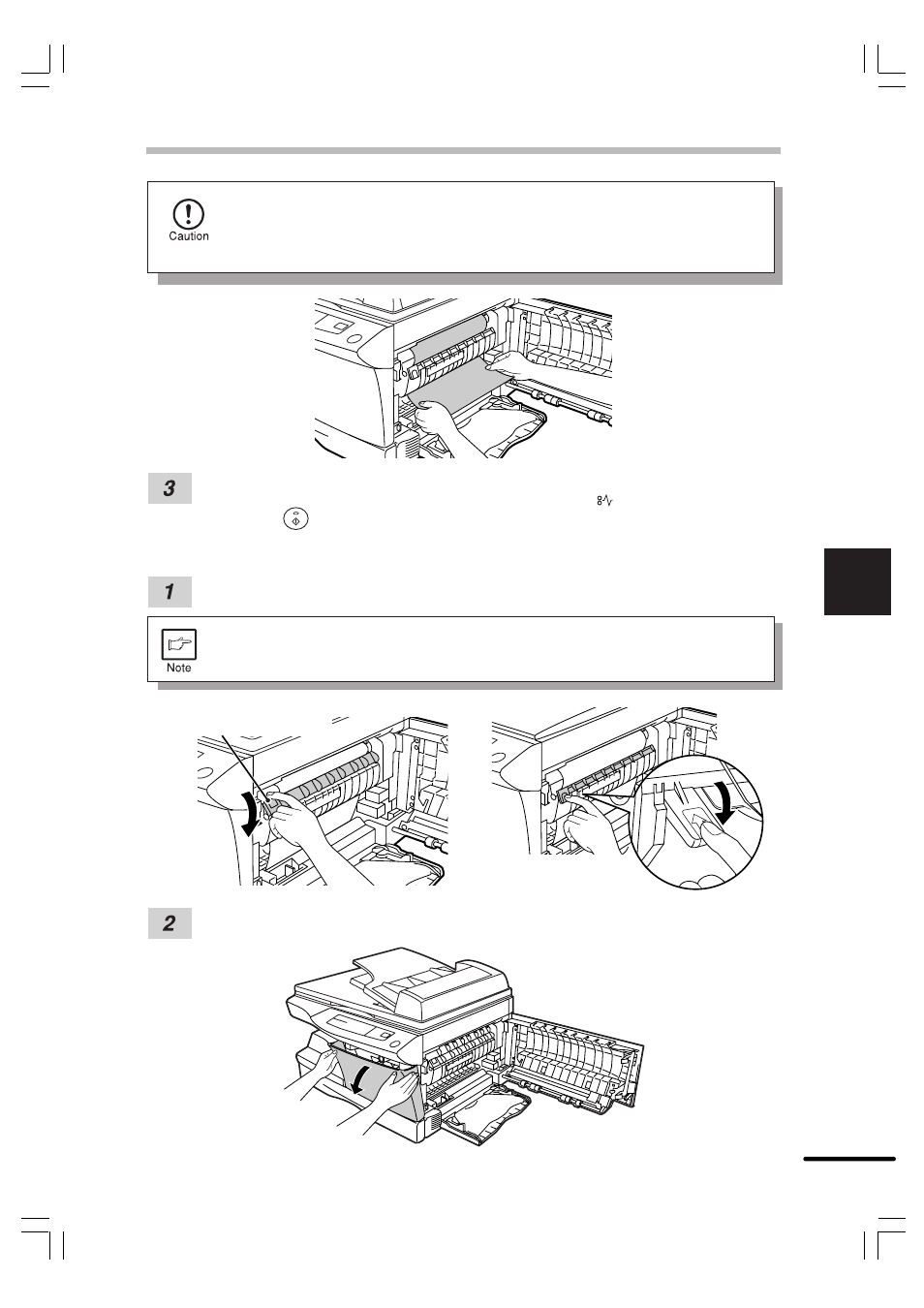 Do not touch the photoconductive drum (green portion) when removing the
misfed paper. Doing so may damage the drum and cause smudges on copies.

Do not remove the misfed paper from above the fusing unit. Unfixed toner on
the paper may stain the paper transport area, resulting in smudges on copies.

) indicator will go out and

) indicator will light up.

C Misfeed in the transport area

Lower the fusing unit release lever by rotating it all the way as shown in the illustration.

Push gently on both sides of the front cover to open the cover.

While you are lowering the fusing unit release lever, it will not move smoothly at
a location on the way. However, be sure to lower the lever by rotating it all the
way to the location where it will not rotate as shown in the right illustration.