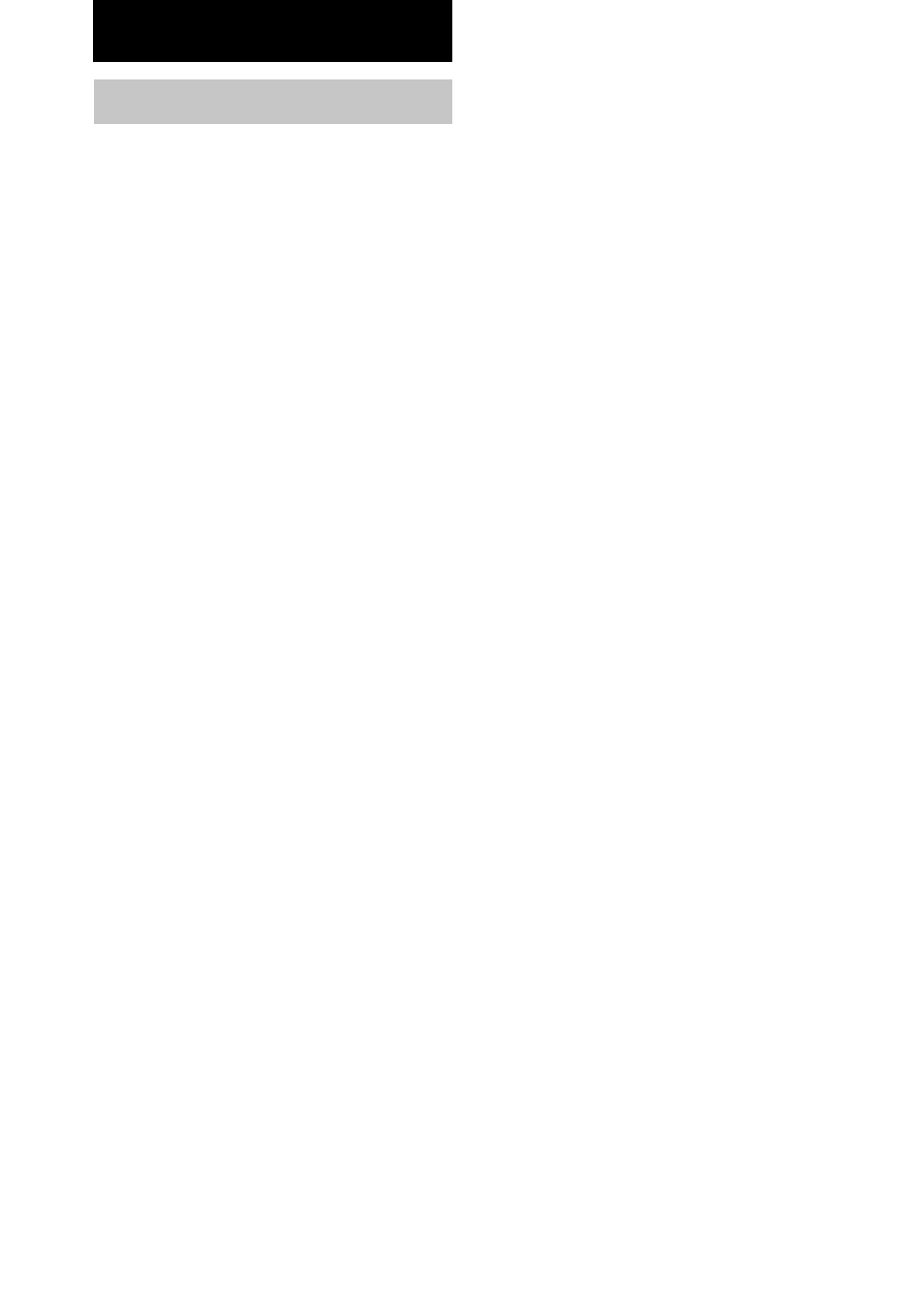 The nameplate is located on the rear exterior.

Danger of explosion if battery is incorrectly replaced.
Replace only with the same or equivalent type
recommended by the manufacturer. Discard used
batteries according to the manufacturer’s instructions.

Before operating the system, check that the operating
voltage of your system is identical with the voltage of
your local power supply.

• The unit is not disconnected from the AC power

source (mains) as long as it is connected to the wall
outlet, even if the unit itself has been turned off.

• Unplug the system from the wall outlet (mains) if it

will not be used for an extended period of time. To
disconnect the power cord (mains lead), pull it out
by the plug. Never pull the cord itself.

• Should any solid object or liquid fall into the

system, unplug the system and have it checked by
qualified personnel before operating it any further.

• AC power cord must be changed only at the

• Use caution when placing the unit or speakers on

surfaces that have been specially treated (with wax,
oil, polish, etc.) as staining or discoloration of the
surface may result.

• Although the unit heats up during operation, this is

• To prevent heat build-up in the system, place the

system in a location with adequate ventilation and
refrain from placing anything on the top of the
cabinet.

If you continuously use this system at a large volume,
the cabinet temperature of the top, side and bottom
rises considerably. To avoid burning yourself, do not
touch the cabinet.
To prevent a malfunction, do not cover the ventilation
hole for the cooling fan.

If the system is brought directly from a cold place to a
warm place, or is placed in a very damp room,
moisture may condense on the lens inside the CD
player. Should this occur, the system will not operate
properly. Remove the CD and leave the system
turned on for about an hour until the moisture
evaporates.

If you have any questions or problems concerning
your system, please consult your nearest Sony dealer.

On the speaker system

Although this speaker system is magnetically
shielded, there may be cases where the picture on
some TV sets becomes magnetically distorted. In
such a case, turn off the power of the TV set once,
and after 15 to 30 minutes turn it on again.

If there seems to be no improvement,

the speaker system further away from the TV set.
Also, be sure not to place objects in which magnets
are attached or used near the speaker system, such as
audio racks, TV stands, and toys. These may cause
magnetic distortion to the picture due to their
interaction with the system.

• Before playing a CD, clean the CD surface with a

cleaning cloth. Wipe the CD from the center out.

• Do not play a CD with tape, stickers, or adhesives

on any of its surfaces as this may damage the
system.

• Do not use solvents.
• Do not expose the CDs to direct sunlight or heat

star) cannot be played on this system. Attempting
to do so may damage the system. Do not use such
discs.

Discs recorded on CD-R/CD-RW drives may not be
played back because of scratches, dirt, recording
condition or the drive’s characteristics. Besides, the
discs, which are not yet finalized at the end of
recording, cannot be played back.

Clean the cabinet, panel and controls with a soft cloth
slightly moistened with mild detergent solution. Do
not use any type of abrasive pad, scouring powder or
solvent such as thinner, benzene or alcohol.