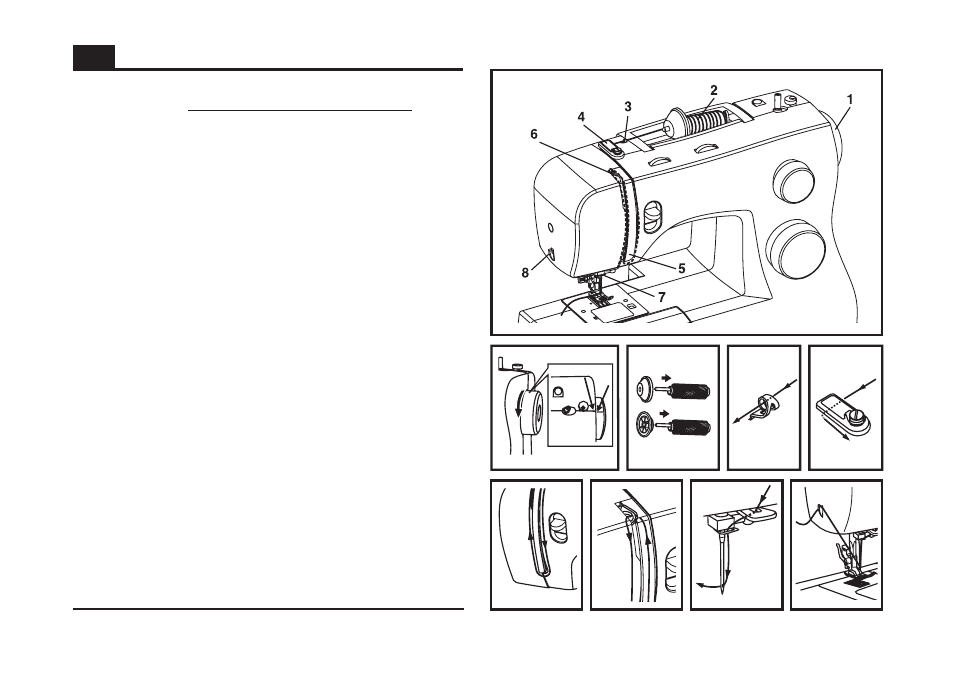 - Start by raising the needle to its highest point (1), and

continue turning the handwheel counterclockwise until the
needle just slightly begins to descend. Raise the presser
foot to release the tension discs.

For safety, it is strongly suggested you turn off the

- Lift up the spool pin. Place the spool of thread on the

holder with the thread coming off the spool as shown. For
small thread spools, place small side of spool holder next
to spool. (2)

- Draw thread from spool through the upper thread guide (3)

and pulling thread through pre-tension spring as illustrated.
(4)

channel and up left channel. (5) During this process it is
helpful to hold the thread between the spool and thread
guide.

through the slotted eye of the take-up lever and then
downwards again. (6)

Now pass the thread behind the horizontal thread guide,
and then behind the thin wire needle clamp guide (7) and
then down to the needle which should be threaded from
front to back.

eye. Trim thread to length with built in thread cutter. (8)