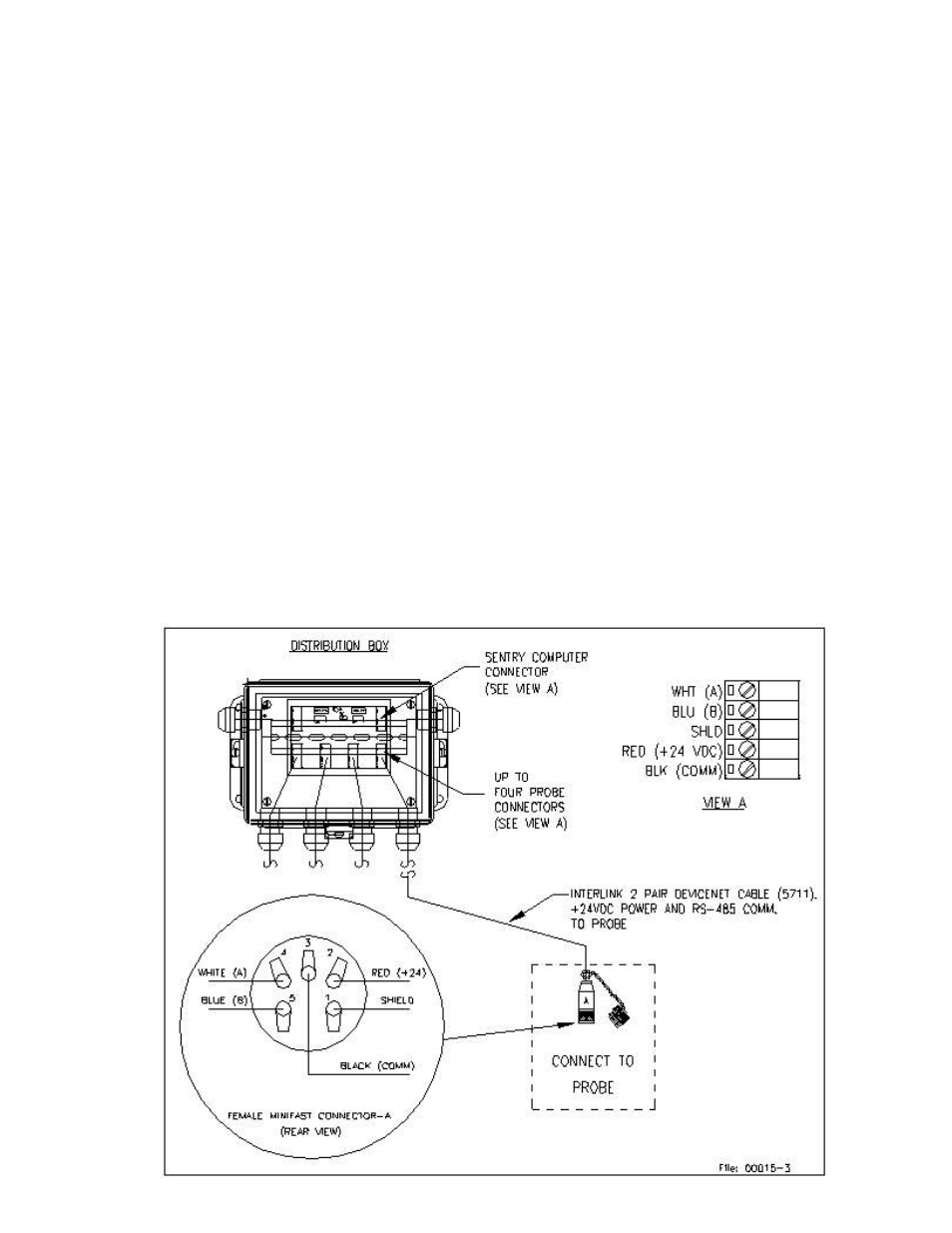 2.5 ELECTRICAL CONNECTIONS (Make all hardware & plug-in connections with power off)

a. Mount the probe distribution enclosure(s) centrally among the devices for which it is

b. Install ¾” liquid-tight flexible conduit between the distribution enclosure and the

probes unless ¾ rigid conduit is used for long distance runs.

c. The probe connector has an adapter, which allows the attachment of the ¾" flexible

d. Connect the probes to the distribution enclosure using the manufacturer supplied four

e. A termination resistor is required in the last distribution box (farthest point out from

CPU). This resistor is accessed via a jumper at JP7 in the last distribution box. The
jumper should be set on "EN” on JP7 to enable that resistor.

could damage the RS485 IC in the probe assembly as well as the other probes.