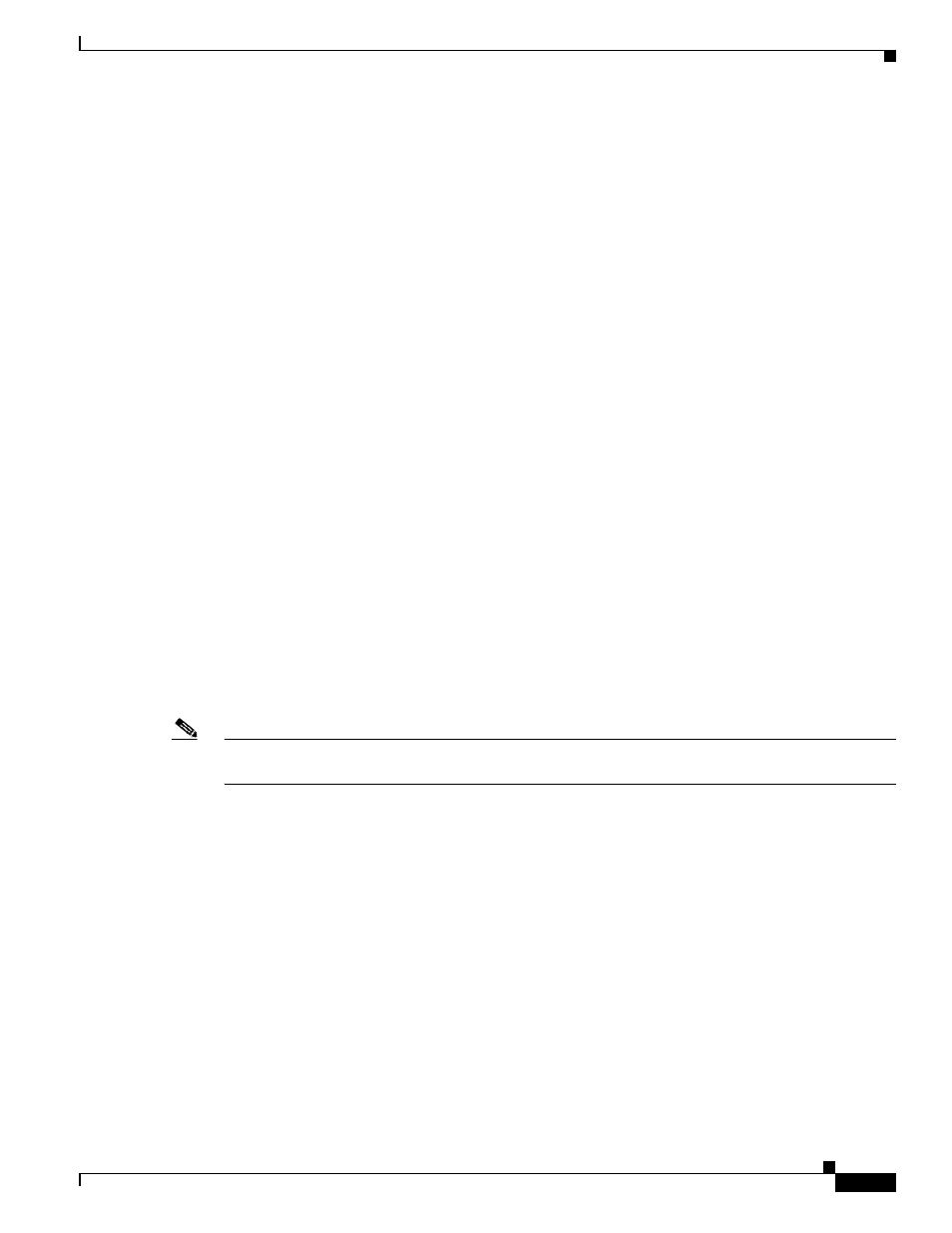 The traps supported by Cisco Access Registrar enable Cisco AR to notify interested management
stations of events, failure, or impending failure conditions. Traps are a network message of a specific
format issued by an SNMP entity on behalf of a network management agent application. Traps are used
to provide the management station with an asynchronous notification of an event.

carServerStop signifies that the server has stopped normally on the host from which this notification
was sent.

carInputQueueFull indicates that the percentage of use of the packet input queue has reached its high
threshold. This trap has two objects:

The values for these objects cannot be changed at this time. You will be able to modify them in a future
release of Cisco Access Registrar.

After this notification has been sent, another notification of this type will not be sent again until the
percentage usage of the input queue goes below the low threshold.

If the percentage usage reaches 100%, successive requests may be dropped, and the server may stop
responding to client requests until the queue drops down again.

carInputQueueNotVeryFull indicates that the percentage usage of the packet input queue has dropped
below the low threshold defined in carNotifInputQueueLowThreshold. This trap has two objects:

After this type of notification has been sent, it will not be sent again until the percentage usage goes back
up above the high threshold defined in carNotifInputQueueHighThreshold.