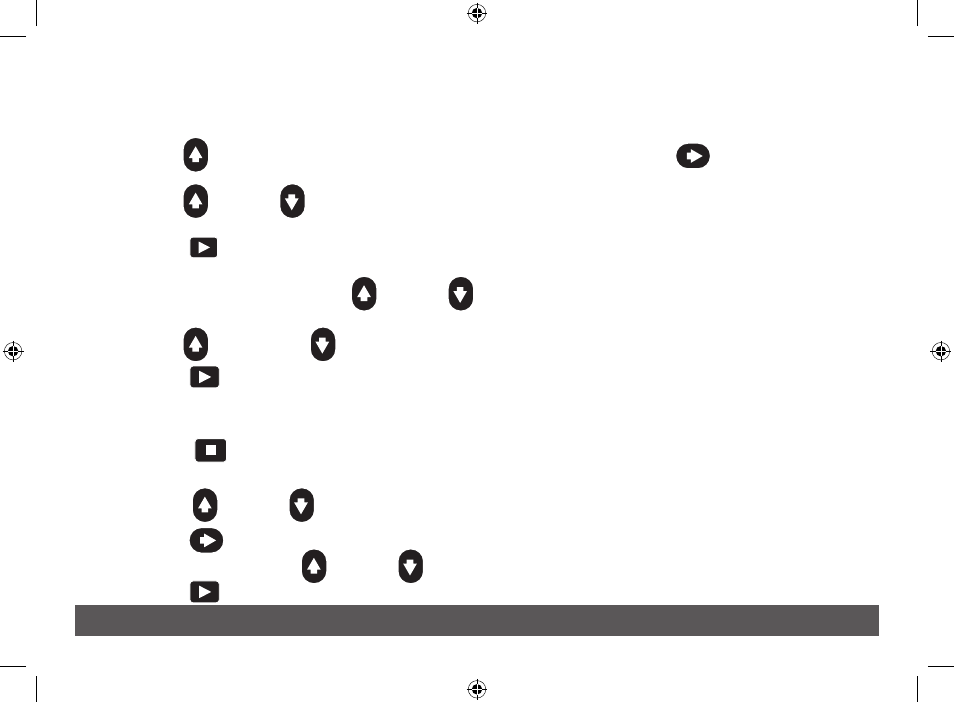 arrow key to move above “PGM C” to “TEST ALL” mode. Press the RIGHT

arrow key to start the

arrow buttons to set the running time. All stations will run the same length of time, in

sequence, from lowest to highest possible.

to start. (Leave the transmitter on during the ASC sequence.)

To Manually Turn On a Station or Zone:

1. Turn on the remote and press the UP

arrow button to scroll to the station number desired.

2. Press the RIGHT arrow button once to move to run time.

to start the station. The flashing rain-drop indicates a running station.

Note: The controller may display a differing countdown. It has been overridden by the remote’s countdown.

To Stop All Watering:
Press the CANCEL

To Change from One Running Station to Another:
1. Press the UP

3. Set running time with the UP

to turn on the new station. The previously running station will shut off .