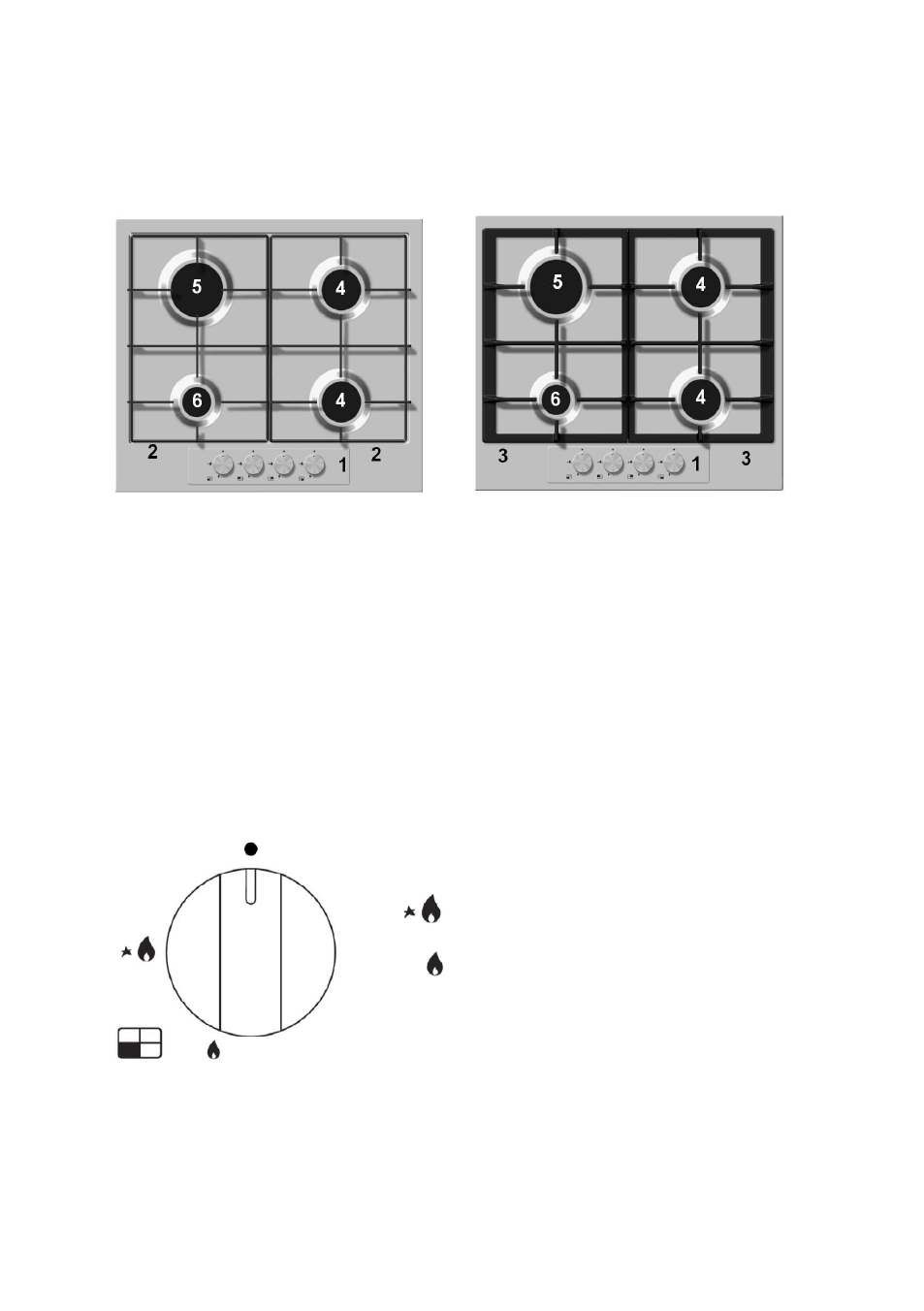 After the adjusting operation the flame must result small, but uniform and stable all around the burner crown.

Description of different types of hobs

HOW TO USE THE GAS HOB

The release of the gas into the burners is controlled by the taps which are controlled by the knobs as shown
in Figure 9 below.
The corresponding symbols of different models may be printed either on the knobs or on the control panel.
By moving the indicator in correspondence of the printed symbols, the following adjustments can be made:

The gas hobs have the electric under knob ignition.
To light one of the burners, keep the knob pressed down while turning it to the maximum position until it
lights. Next, adjust the flame by turning the knob to the suitable flame position.