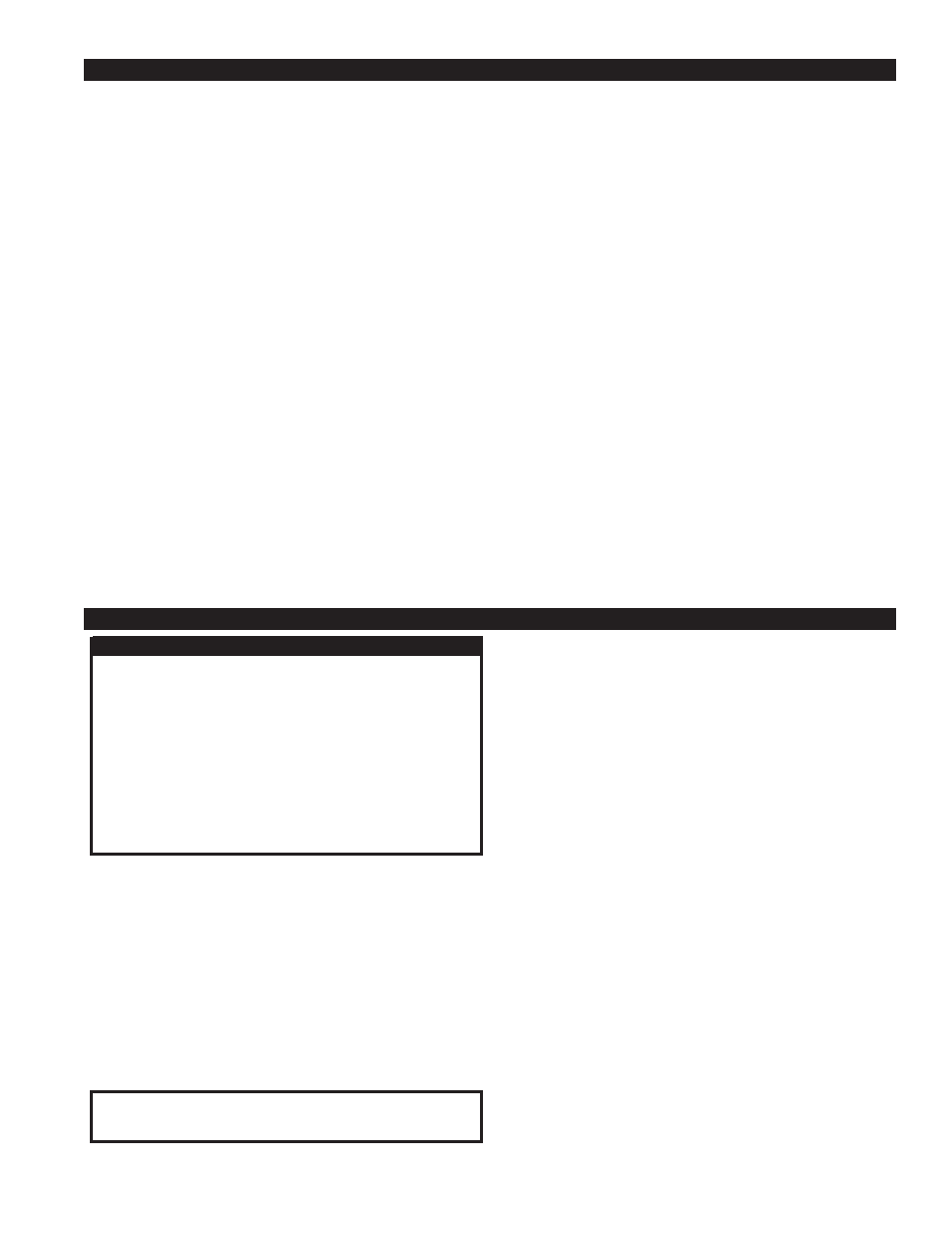 NEVER TEST THE HUMIDITY SENSOR WITH AN OHMETER
OR OTHER DC MEASURING DEVICES, DOING SO WILL
PERMANENTLY DAMAGE THE SENSOR.

DO NOT EXPOSE THE SENSOR TO TEMPERATURES
EXCEEDING 140

IF SENSOR IS EXPOSED TO LIQUID MOISTURE IT WILL BE
PERMANENTLY DAMAGED.

Periodically DISCONNECT POWER and clean dust and lint from the
PC board with a soft brush.

Periodically check the humidity sensor for accumulation of dust and
lint. If necessary, use a soft brush to remove accumulated dust and
lint from the exterior jacket, but DO NOT ATTEMPT TO REMOVE
ALL TRACES OF LINT AND DUST WITHIN THE SENSOR, since
the introduction of the brush, etc, may damage the sensor. A slight
accumulation of dust will not impair the normal function of the sensor
as long as it is not heavily contaminated.

It is recommended that the sensor be replaced every two (2) years.

ALWAYS CALIBRATE THE HUMISTAT AFTER THE DEW
POINT SENSOR IS CLEANED. REFEFENCE SECTION 5.4.

Once the unit has been properly installed it is ready for operation.

The isolation needle valve should be fully open during operation.
This valve is only used to shut-off the sample air in the event that
the sensor needs to be removed.

When the relay is closed the “HIGH DEW POINT” light is illuminated. At
the same time the control relay CR1 is energized, this closes the alarm
output contact and latches the alarm until the “ALARM RESET PUSH-
BUTTON” is pushed.

The following sections include detailed descriptions of the individual
components in this alarm. REFERENCE FIGURE 2A.

The sensor element consists of a dual winding of precious metal wire,
on a plastic cylinder, with a moisture sensitive compound (DUNMORE-
TYPE lithium chloride element). A perforated metal or plastic cover
protects the sensor element from physical damage.

The sensor is mounted in the sample cell, which is located on the
bottom of the enclosure.

The controller is designed to monitor electric current flowing through
the sensing element and detect resistance changes and automati-
cally actuate a single pole double throw relay when the resistance
varies above the set point.

The controller set point is calibrated using the set plug.