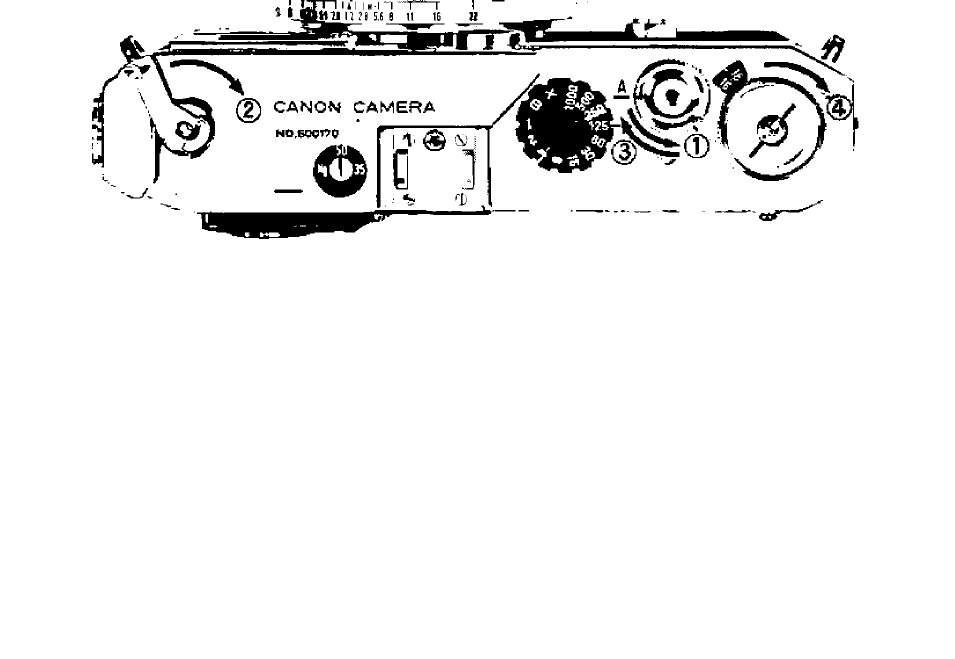 from its position A Counter-clockwise
as far as it will go.

2. While watching the Film Transport

to the right and stop when the Film

Transport Indicator (19) has made about
one and a half turns.

3. Return the Rewind Ring to position A.

4. Next while pulling the trigger and

using the shutter, a double exposure

can be taken on the same film. By

exposures can be obtained on the same

film. By turning the Film Trans­

port Indicator twice, or more times,
double exposure can be obtained on

two or, if necessary, more sections of

the film. When the shutter is opened

accidentally and the lens cap is still
on, the film can be wound back by