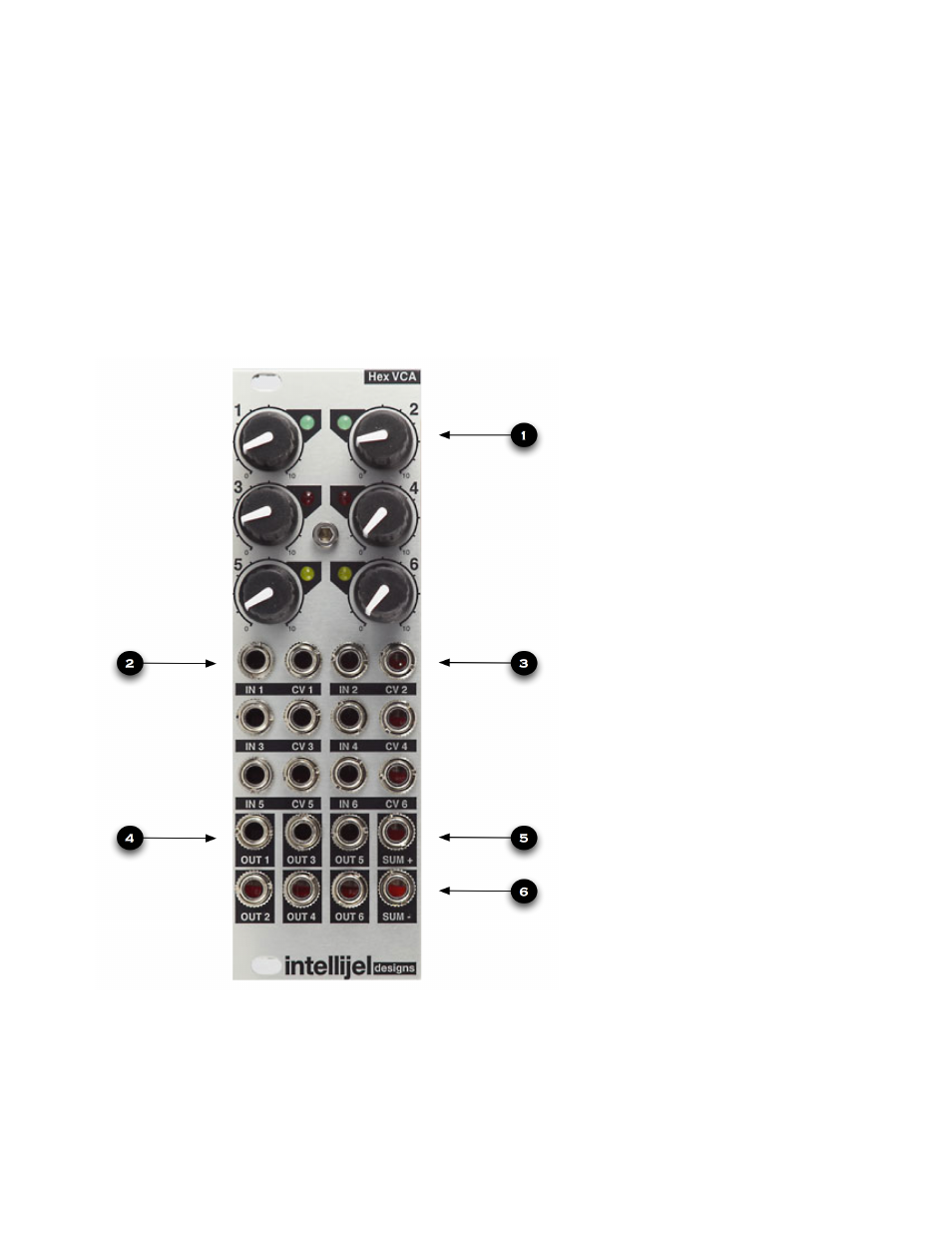 The HexVCA contains six separate DC coupled logarithmic VCAs that have their outputs
normalled to two outputs. The front panel outputs of each VCA is a switching jack which
breaks the normal to the mix out when it is patched. This design allows the HexVCA to be used
as 6 individual VCAs, a 6 input voltage controlled mixer or any combination e.g. 2 patched
VCAs and a four input VC mixer.

5 - SUM+
The output of the VCAs mixed
together.

6 - SUM-
This is the same as SUM+ except it
has inverted phase.