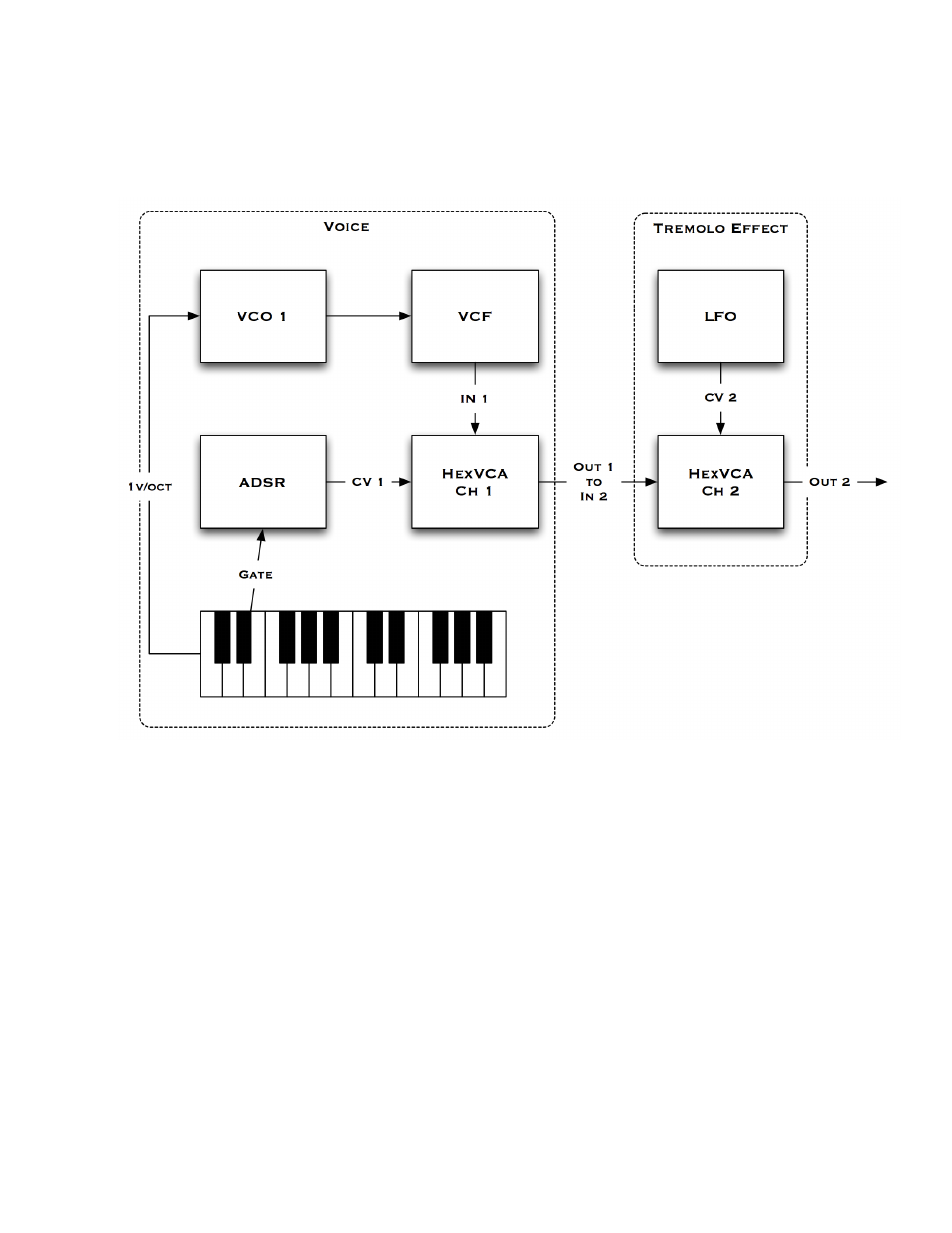 This patch demonstrates the common effect known as tremolo. A slow LFO modulates a VCA
creating a steady pulsing volume. This effect is sometimes found in old guitar amps and combo
organs.

In the Voice section on the left we have the traditional voice patch as seen in example 1.
In the Effect section on the right of the diagram is the Tremolo effect patch.

NOTE: Make sure you turn the Offset knob of HexVCA ch2 to 12 o clock. This opens the VCA
half way which is necessary when using bipolar modulation.

Use a sine wave for the LFO shape and a slow speed to for the traditional Tremolo sound.
Using higher speeds for the LFO and different waves will create harsher and more modern
sounds. You can substitute the LFO with a Envelope triggered in time to the music to create
rhythmic gating. In this case the Offset knob will control how much the VCA stays open, adjust
to taste.