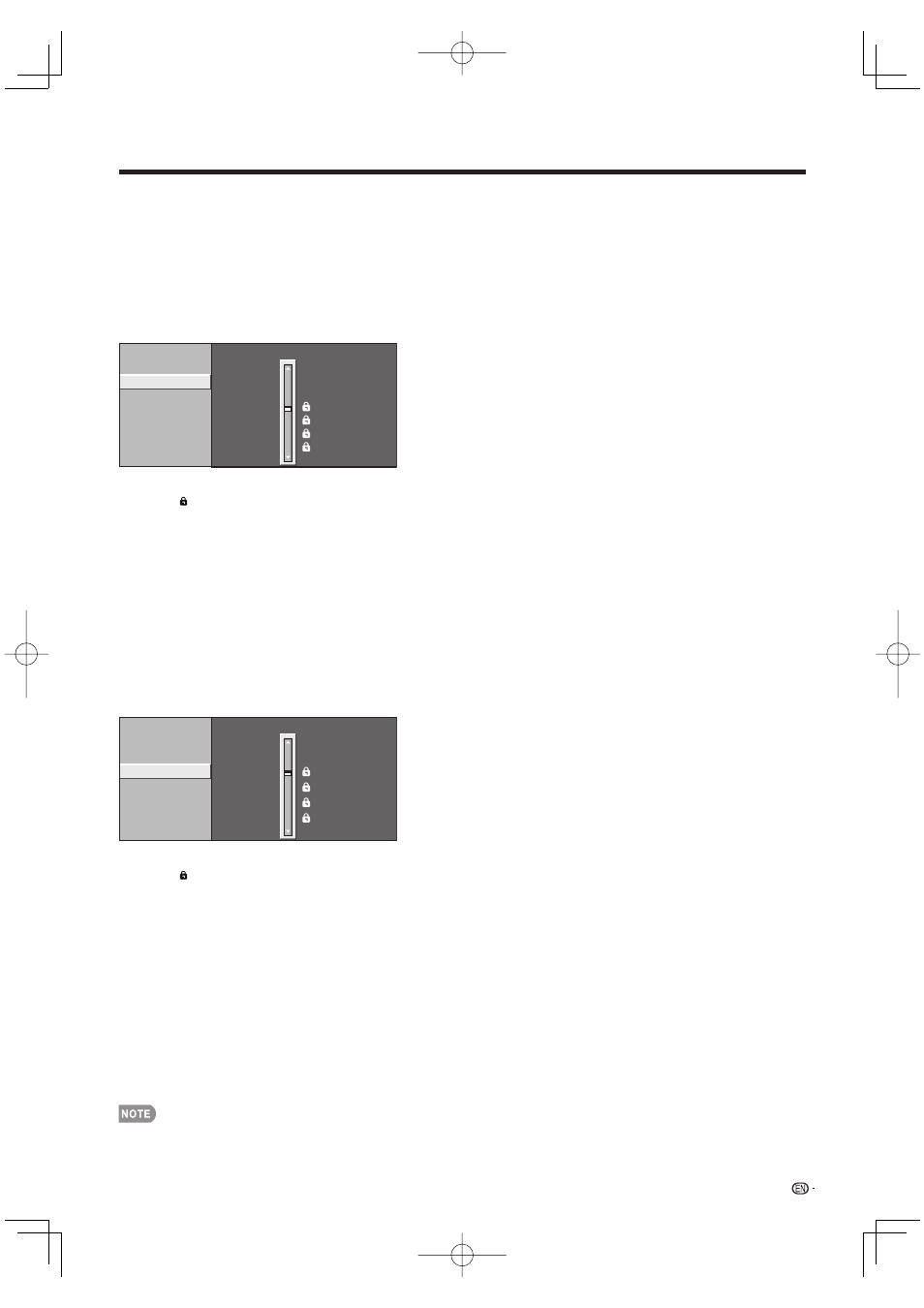 ENTER while the V-CHIP is working, and then the secret number setting menu displays.

Performing any of the three above will activate the V-CHIP BLOCK.

The TV rating systems in Canada are based on the Canadian Radio-Television and Telecommunications Commission (CRTC)
policy on violence in television programming.
While violence is the most important content element to be rated, the structure developed takes into consideration other
program content like language, nudity, sexuality and mature themes.
When setting the V-CHIP on the Canadian system you can choose either the Canadian English ratings or the Canadian French
ratings.

C: Children: Intended for younger children under the age of 8 years.

Pays careful attention to themes that could threaten their sense of
security and well-being.

C8+: Children over 8 years old: Contains no portrayal of violence as the

preferred, acceptable, or only way to resolve confl ict; nor encourage
children to imitate dangerous acts which they may see on the screen.

PG: Parental Guidance: Intended for a general audience, but may not

be suitable for younger children (under the age of 8) because it could
contain controversial themes or issues.

14+: Over 14 years: Could contain themes where violence is one of

the dominant elements of the storyline, but it must be integral to the
development of plot or character. Language usage could be profane
and nudity present within the context of the theme.

18+: Adults: Intended for viewers 18 years and older and might contain

depictions of violence, which while related to the development of plot,
character or themes, are intended for adult viewing. Could contain
graphic language and portrayals of sex and nudity.

may be integrated into the plot in a humorous or unrealistic manner.

8ans+: General but inadvisable for young children: May be viewed

by a wide public audience, but could contain scenes disturbing to
children under 8 who cannot distinguish between imaginary and real
situations.

Recommended for viewing with parent.
13ans+: Over 13 years: Could contain scenes of frequent violent scenes

and therefore recommended for viewing with parent.

16ans+: Over 16 years: Could contain frequent violent scenes and

18ans+: Over 18 years: Only for adult viewing. Could contain frequent

a/b to adjust the item to your desired

a/b to adjust the item to your desired