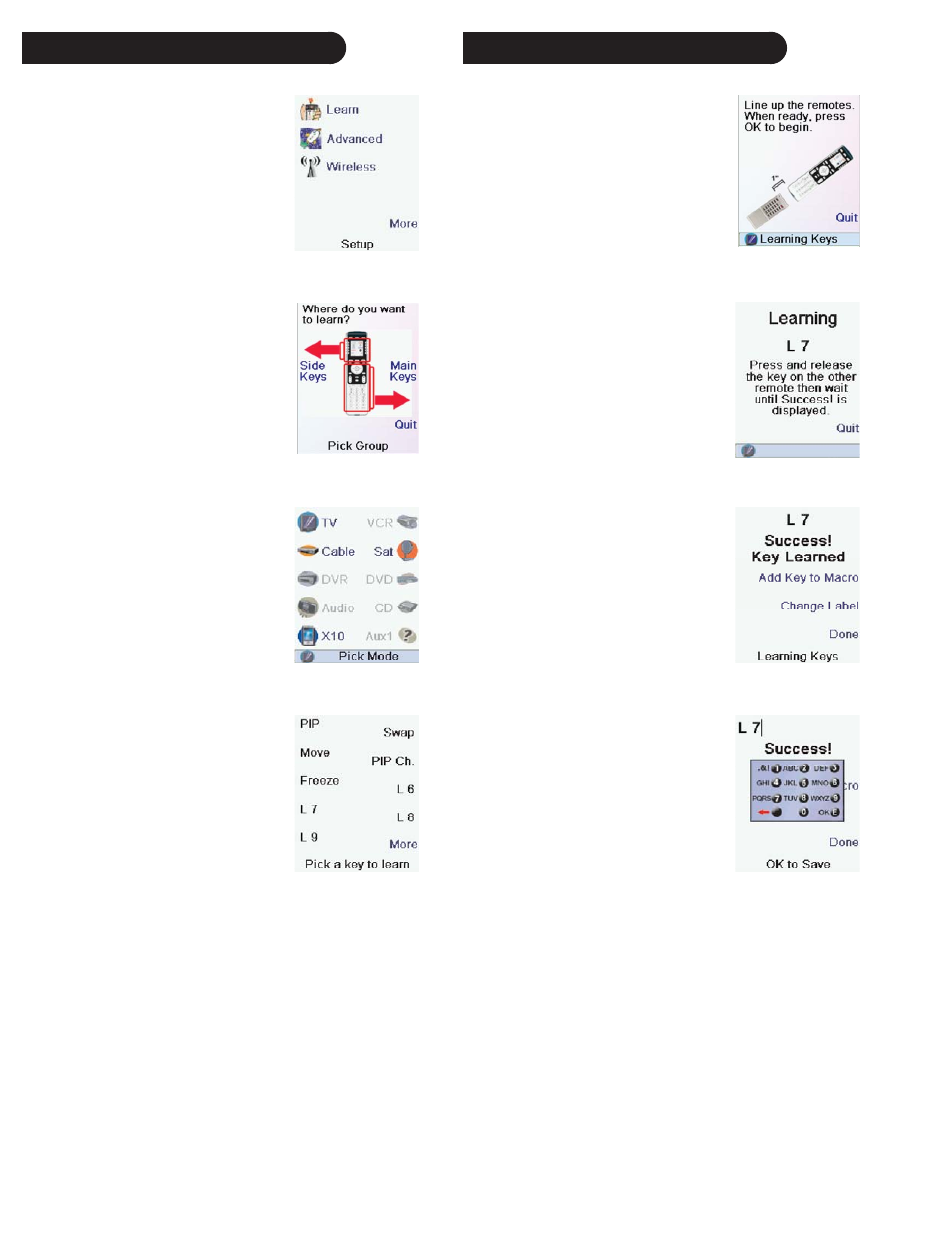 Next, point the remote you want to learn
commands from at the bottom of the
IR34A IconRemote, and press OK when
you’re ready. (See Tips on Learning on
page 25.)

Next press the key on the other remote
for the function you want to learn.
Hold the key pressed until the screen
says that the command was successfully
learned. Note for some types of keys you
might need to hold the key pressed but
for other types a quick press is suffi cient.
Experiment a bit. If keys you learn are
sent multiple times try learning them with
just a quick press.

You can change the label for the key
(in this case L7) and/or add the key to a
Macro. (See page 33 for Macros.)
If you select Change Label, by pressing
Side Key K9, you can change the name
to anything you want. For example,
you’ll likely want to rename it with the
name of the function that you learned.

After you select Change Label, the screen
to the right appears. You enter the new
name for the key using the numeric keys
on the remote in a similar fashion to
typing text using a cell phone. See the
following page.

At the Home screen press the Side Keys
next to Setup, More, and then Learn.

Then press any of the Side Keys K1-K5
to the left of the screen.

Select the device you want to learn keys
for. In this example we only have a TV,
Cable Box and Satellite Receiver set up,
so the rest are grayed out, but you can
still select any of the devices to learn
commands for. In this case we select TV.

Some typical “extra” keys are already set
up, (depending on the Mode you se-
lected), the rest of them are called L6, L7,
L8, etc., 27 keys in total. (You can rename
them later). Press the Side Key that you
want to learn a command under. (Note:
You can choose one that already has a
name, so as to “learn over it” and then
later rename it.) Let’s select L7.