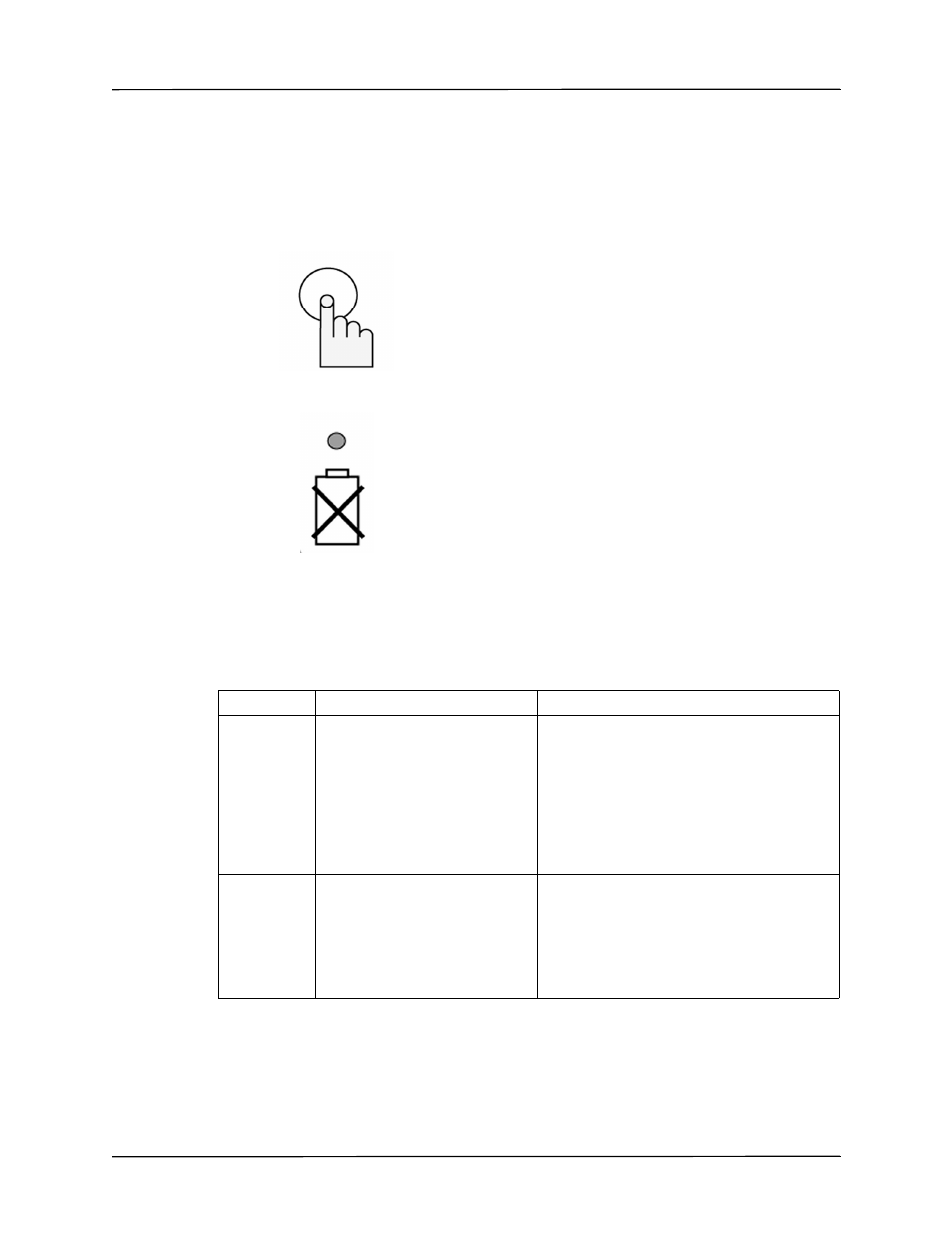 The SurePower II Battery Pack can detect one or more simultaneously occurring faults that
render the battery unfit for use.

To determine the faults that affect a battery, follow this procedure when the fault light is on:

The following table lists battery temperature faults and actions you can take to clear these fault
conditions. All other fault codes require you to remove the battery from service. For more
information on these fault codes, see the appropriate ZOLL defibrillator/monitor service
manual.

Press and hold down the Display button for at least
15 seconds.

If the battery does not detect any battery faults, all of the
LEDs will light for 10 seconds.

The Fault LED will blink to indicate the code that identifies
the battery fault (there will be a brief delay before the LED
blinks).

Battery Over Temperature
During Charge.

The battery is at or above its
maximum temperature for
charging (140°F/60°C).

Move the battery to a cooler room or out of
direct sunlight, if possible, and allow the
battery to cool before continuing to charge the
battery.

If the ambient temperature was low when the
battery reached or exceeded its maximum
temperature, do not use this battery.

Battery Under Temperature
during Charge.

The battery is at or below the
minimum temperature for
charging (32°F/0°C).