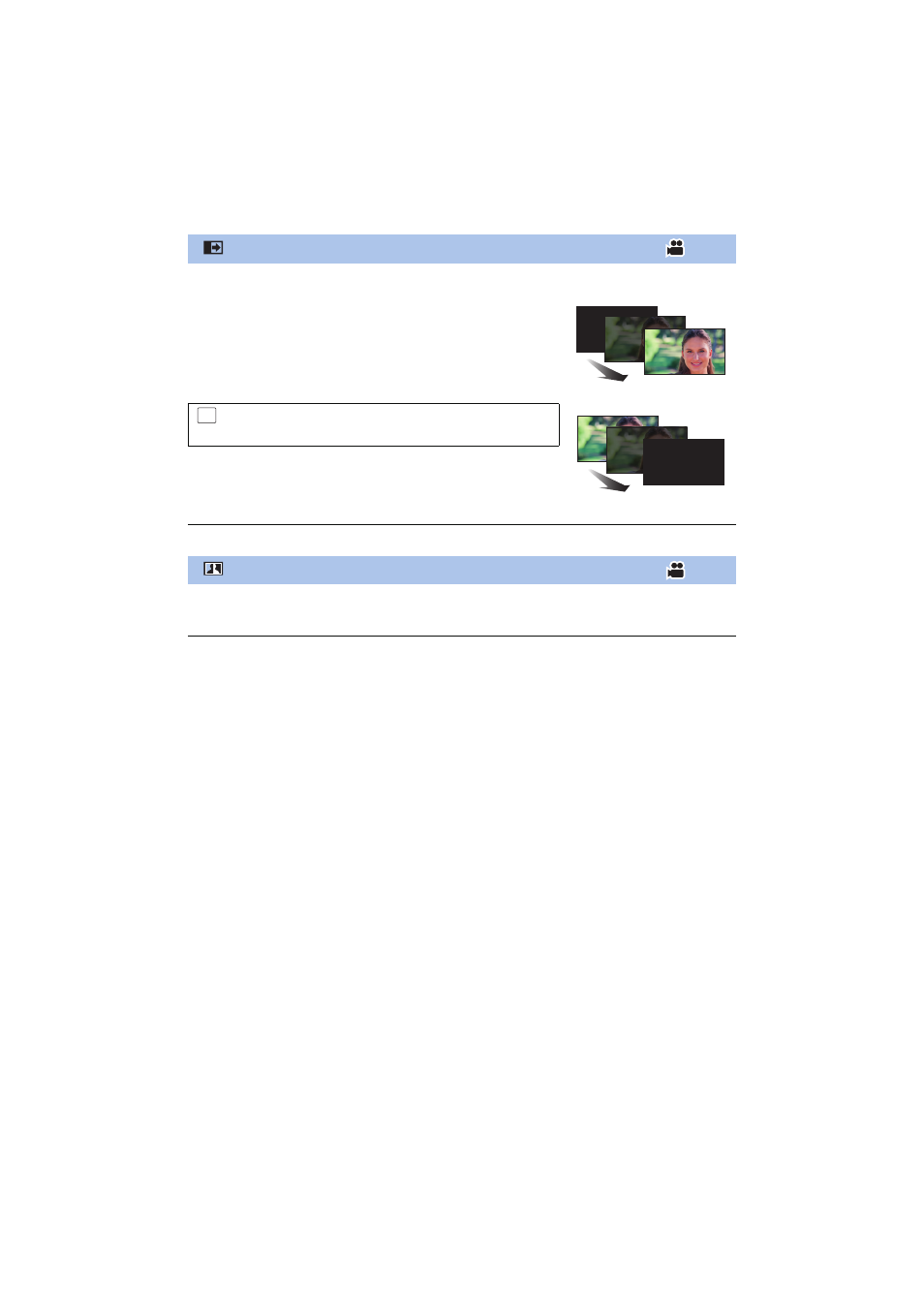 ∫ To select the color for fade in/out

≥ The thumbnails of scenes recorded using fade in become black (or white).

This brightens parts that are in shadow and difficult to see and suppresses white saturation
in bright parts at the same time. Both bright and dark parts can be recorded clearly.

≥ If there are extremely dark or bright parts or the brightness is insufficient, the effect may not be