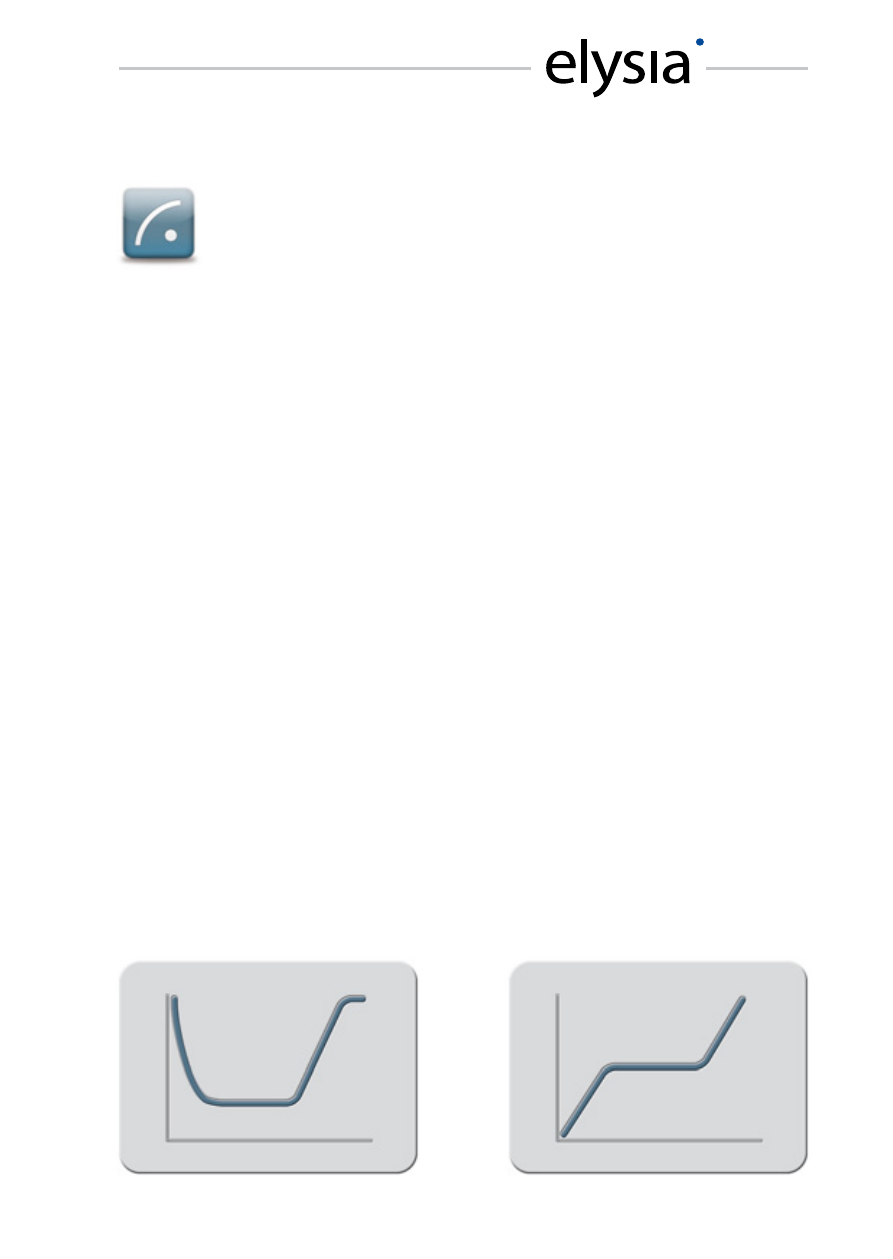 A specialty of the xpressor 500 is the Gain Reduc-

tion Limiter for the control voltage. This limiter is not

placed in the audio path where you would usually

find it, but in the control path of the compressor instead.

When activated, it limits the control voltage according to the

setting of the GR Limit controller. This means: No matter how

high the input level might become – the amount of gain re-

duction will never exceed the value you have set.

Just think about the GRL as a second threshold controller:

While the ‘regular’ threshold controller tells the compressor

when to start working, the GRL controller tells it when to com-

Loud parts in an arrangement can keep their dynamics, as

Note: In the xpressor 500, this function is always active and

does not need a switch of its own.