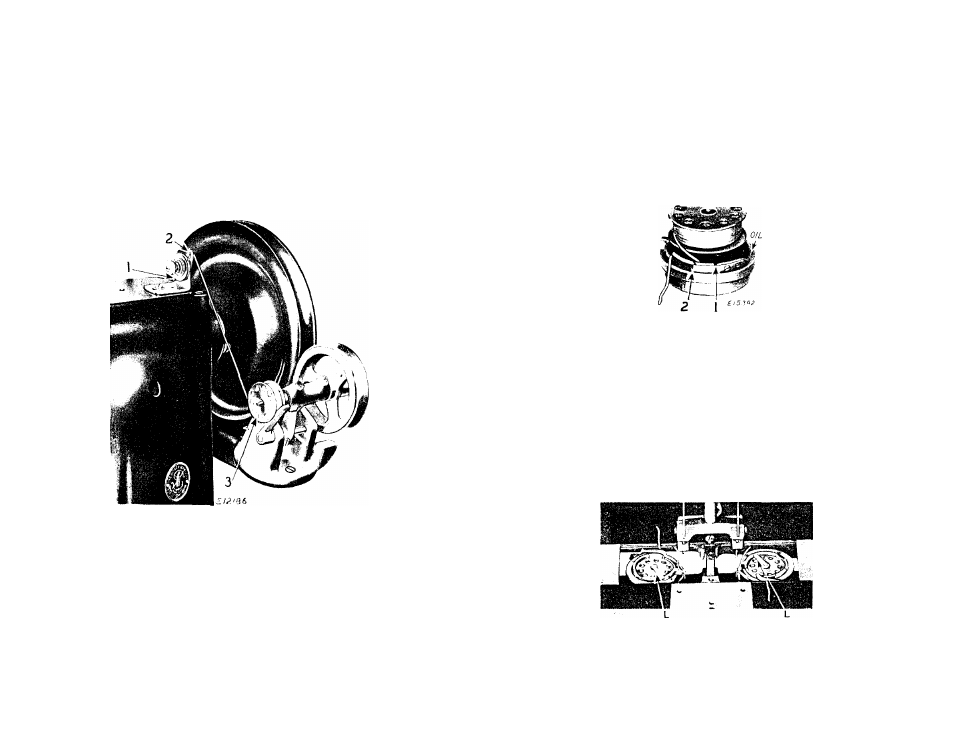 To Wind the Bobbins on Machine IU5w303

against the shoulder until It Is In line with the bobbin winder latch.

Pass the thread from the imwlnder, under and between the tension

discs (1), through the eyelet (2), and wind the end of the thread
around the bobbin (3) a few times. Push the bobbin winder pulley
against the balance wheel and press the latch against the bobbin. When

sufficient thread has been wound on the bobbin, the bobbin winder will
stop automatically. Bobbins can be wound while the machine Is
stitching.

To Replace the Bobbins and

Hold each bobbin between the thumb and forefinger with the thread

drawing on the bottan frori left to right as shown In Fig. 10 and place

Fig. 10. Direction of Thread on Bobbin

it on the center stud of the bobbin case, then push down the latch

a loose end of thread about two Inches long above the slide. When
closing the slide plates, leave Just enough space for the threads to
pass through.