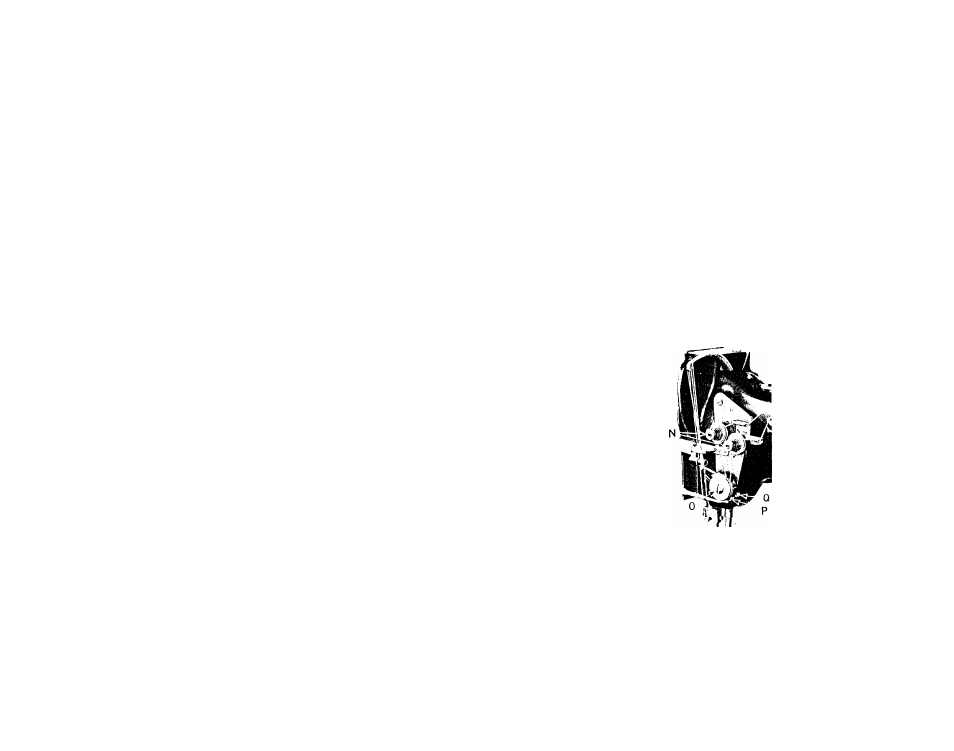 For more controller action on the thread, loosen the stop screw

(P, Fig. 18) at the right of the controller and set the stop Icwer, and

To strengthen the action of the controller spring on the thread,

driver, or to lighten Its action turn to the right and retlghten the
spring stud screw.