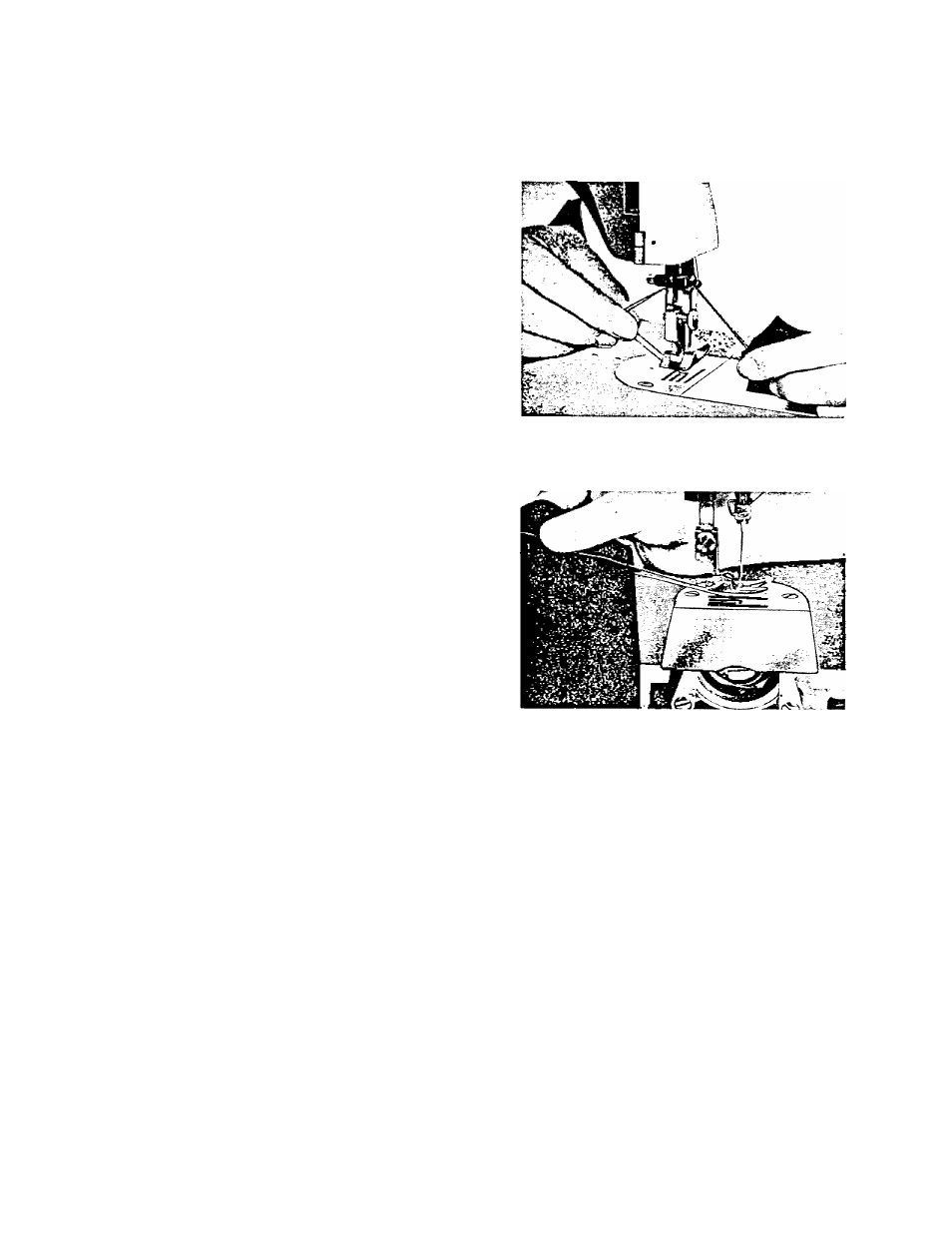 Have take-up lever at highest point before

starting to sew. Do not try to help the feeding
by pulling the material as this may deflect the
needle and cause it to break.

NEVER run machine without material under

Place material and threads in position under

Turn the hand wheel toward you until the

needle is at its highest point. You are now ready
to begin sewing. By having the needle at its
highest point, it is not necessary to touch the
hand wheel to start the machine. You merely

press the control. The speed of the machine is
regulated by increasing or decreasing the amount
of pressure exerted on the control.

Be sure to stop the machine when the thread

take-up lever and needle bar are located at the
highest position. Now raise the presser foot and
draw the fabric back and to the left, Fig. 21
and 22, and pass the threads over the thread
cutter. Pull down slightly holding thread in both
hands, so as not to bend the needle. Leave the
ends of thread under the presser foot.