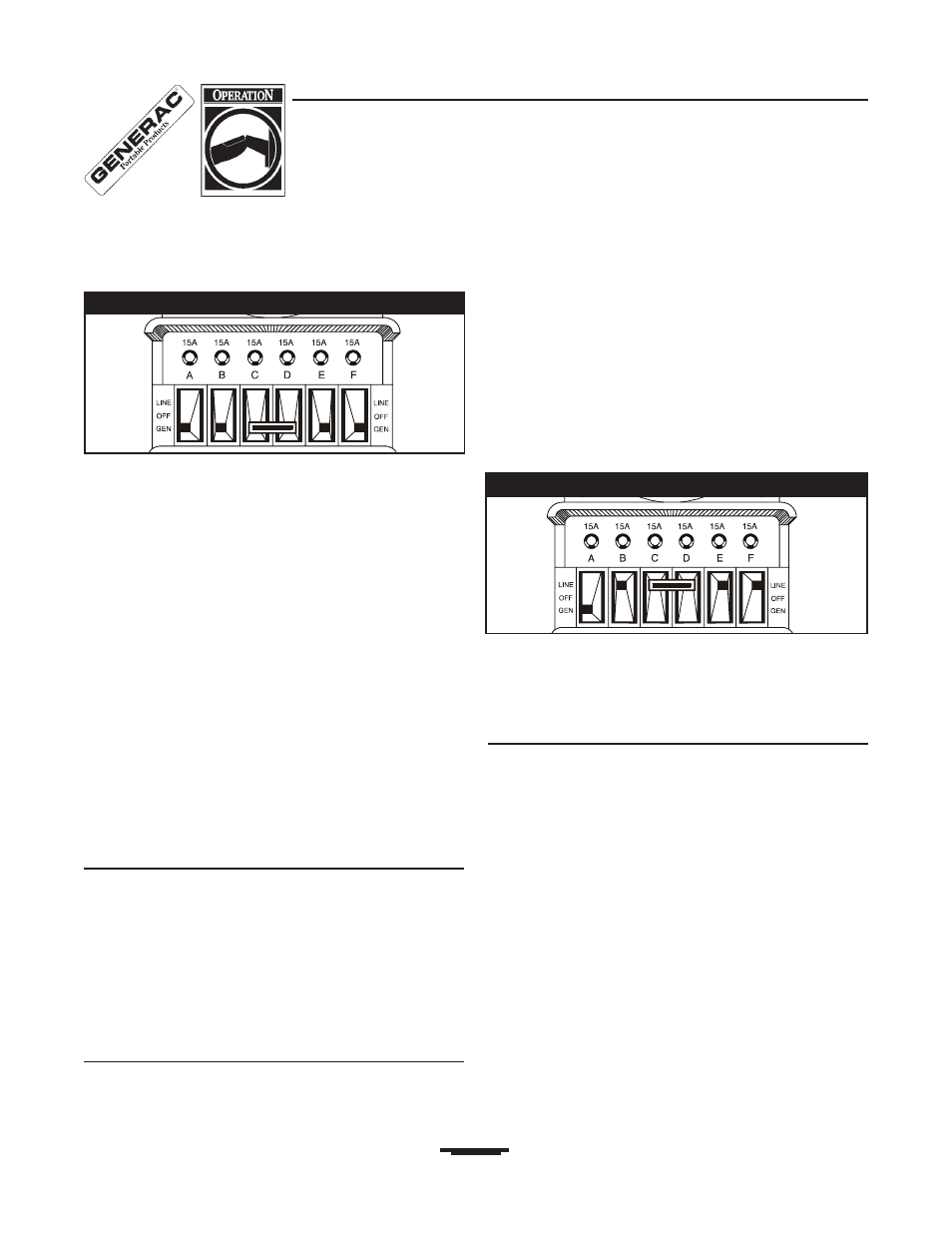 Load Management
The number of circuits that can be operated

simultaneously during a utility failure will depend on the

wattage capacity of your generator. Most portable

generators do not have the capacity to handle loads on

all Load Manager switch circuits at the same time.
Review the load management plan developed with the

installer (see Plan the Installation). It may be

necessary to selectively turn on and off certain loads

while using generator power so that necessary

appliances can be operated safely.
The watt meters provided on the Load Manager

monitor the current draw through each set of three

monitored by the lower right meter.) When switching

loads to the GEN position, watch the watt meter to

ensure that maximum current levels are not exceeded.

To revert from generator power to utility power after

utility power is restored:
1. At the Load Manager switches, place all

switches in LINE position, as shown in Figure 18.

2. Shut off the generator.
3. Disconnect the connecting cord set from the

generator and the connection box.

the power transfer system as follows:

1. Ensure that all Load Manager switches are at

2. Connect the connection cord set to the house

3. Connect the other end of the connection cord set

4. Start the generator.
5. At one of the Load Manager switches, set the

Figure 22. Verify that the load attached to the A

6. Repeat Step 5, above, for each remaining load

management circuit on both switches.

F are each protected by a 15 Amp circuit breaker.

These breakers are labeled A, B, C, and so forth,

as seen in Figure 22, for example. If an electrical load

on one of these circuits exceeds 15 Amps, the Load

the OFF or middle position.

3. Press in the circuit breaker button and observe that

the button remains in.

4. Place the switch that was in the OFF position back

to GEN (or LINE, if that is what is desired).

The load controlled by that Load Manager switch

electrician to repair the problem.

Figure 21  All Switches in GEN Position