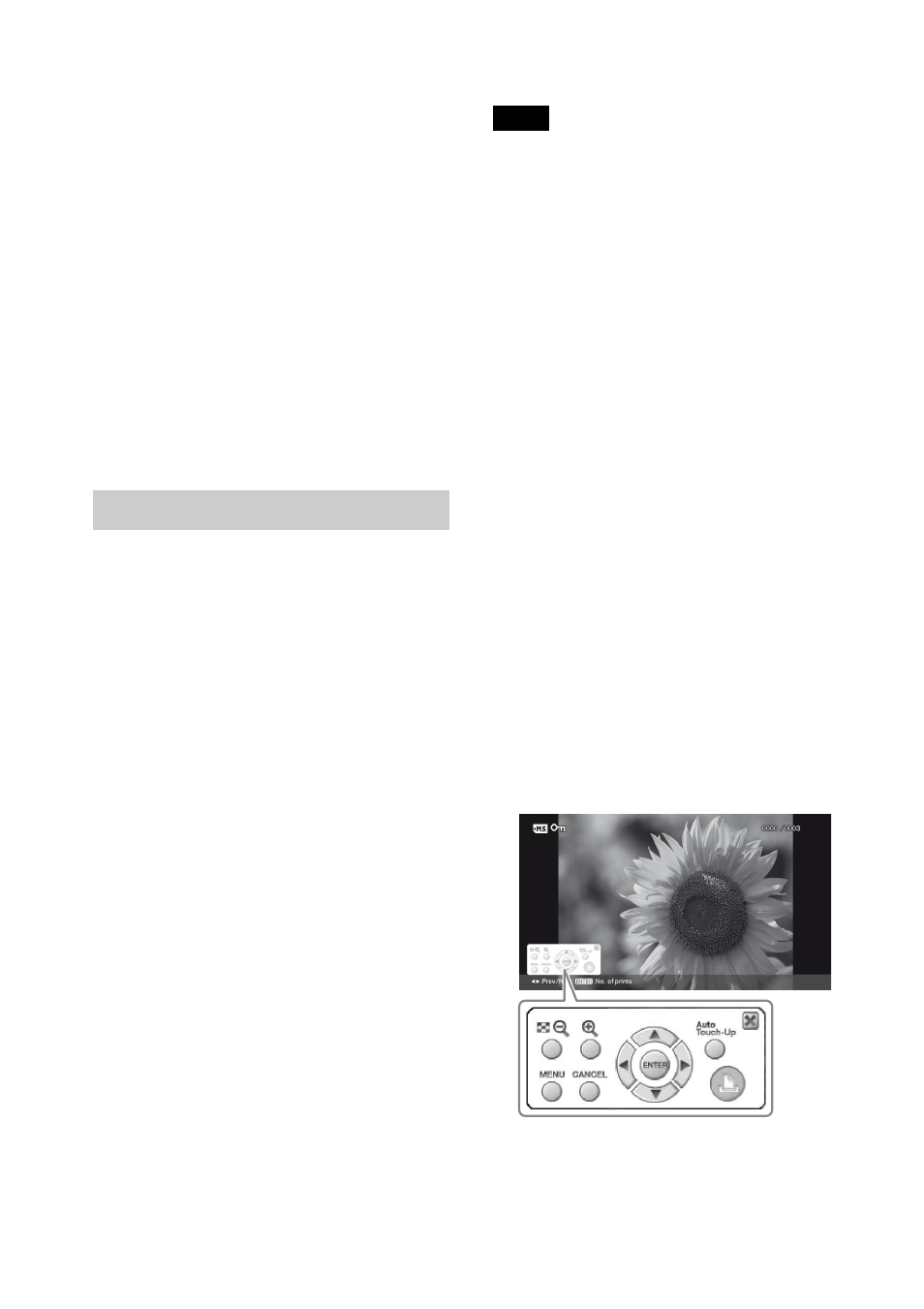 • When you are using a television that does not

support the control for HDMI or you connect a
television with the printer for the first time, your
television may not switch input automatically. If
this occurs, switch the input manually to display
the printer pictures on the television.
Procedures for switching the input differ
depending on the type of a television. For details,
refer to the manual supplied with your television.

• If you remove or connect an HDMI cable while the

printer is performing an image-processing, printing
or other time-consuming job, the display may
switch between LCD and television. Until the job
is competed, however, the display may show
unusual view.
During copying file, deleting file or other file
operations, do not remove or connect an HDMI
cable. Doing so cancels the job.

Using the printer buttons for
printing

Insert a memory card into the
printer.

To print an image in the internal memory,
press ENTER without a memory card
inserted.

Press g/G and ENTER of the printer
to select an image, and then press
PRINT to start printing.

The printing procedures are the same as
those with the printer itself. You can
perform Edit and CreativePrint operations.

When you connect the printer with a
“BRAVIA” Sync-ready television with an
HDMI cable, you can use the remote control
unit of your television to operate the printer.

• We cannot guarantee operations with all types of

• When you are using a Sony TV, you cannot use the

TV remote control to operate the printer if the TV
does not support “BRAVIA” Sync.

• To operate the printer, the

[Return] buttons of the remote control should
support the HDMI control.

• If the HDMI control setting of your television is

off, you cannot use the TV remote control to
operate the printer. Settings differ depending on
the television you use. For details, refer to the
manual supplied with your television.

cannot use the TV remote control to operate the
printer (page 44).

• When a cursor is displayed in an index view

or menu display, you can move the cursor by
pressing

• When no cursor is displayed in an image

to display the operation

panel such as the printer operation panel on
the TV monitor. Press

remote control unit to select an item and then press