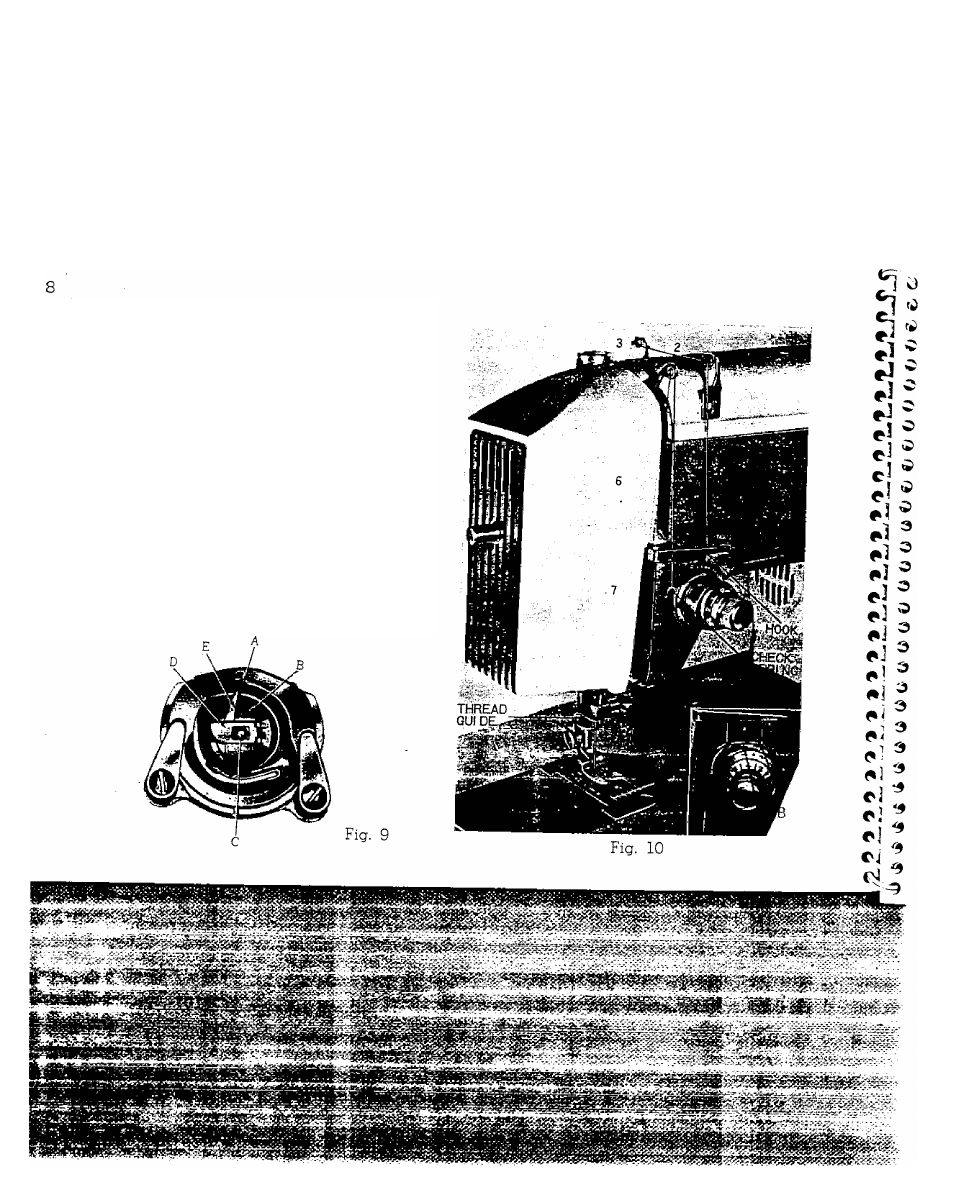 and forefinger of the left hand, with at least
three inches of thread running from the top of

the bobbin case to the right. Insert and center

the bobbin case on the stud of the shuttle body,

opposite the shuttle race notch (A). Press the

the shuttle. THEN release the bobbin case latch,

been released to make sure the bobbin case is
locked securely in place. Close the cover plate.