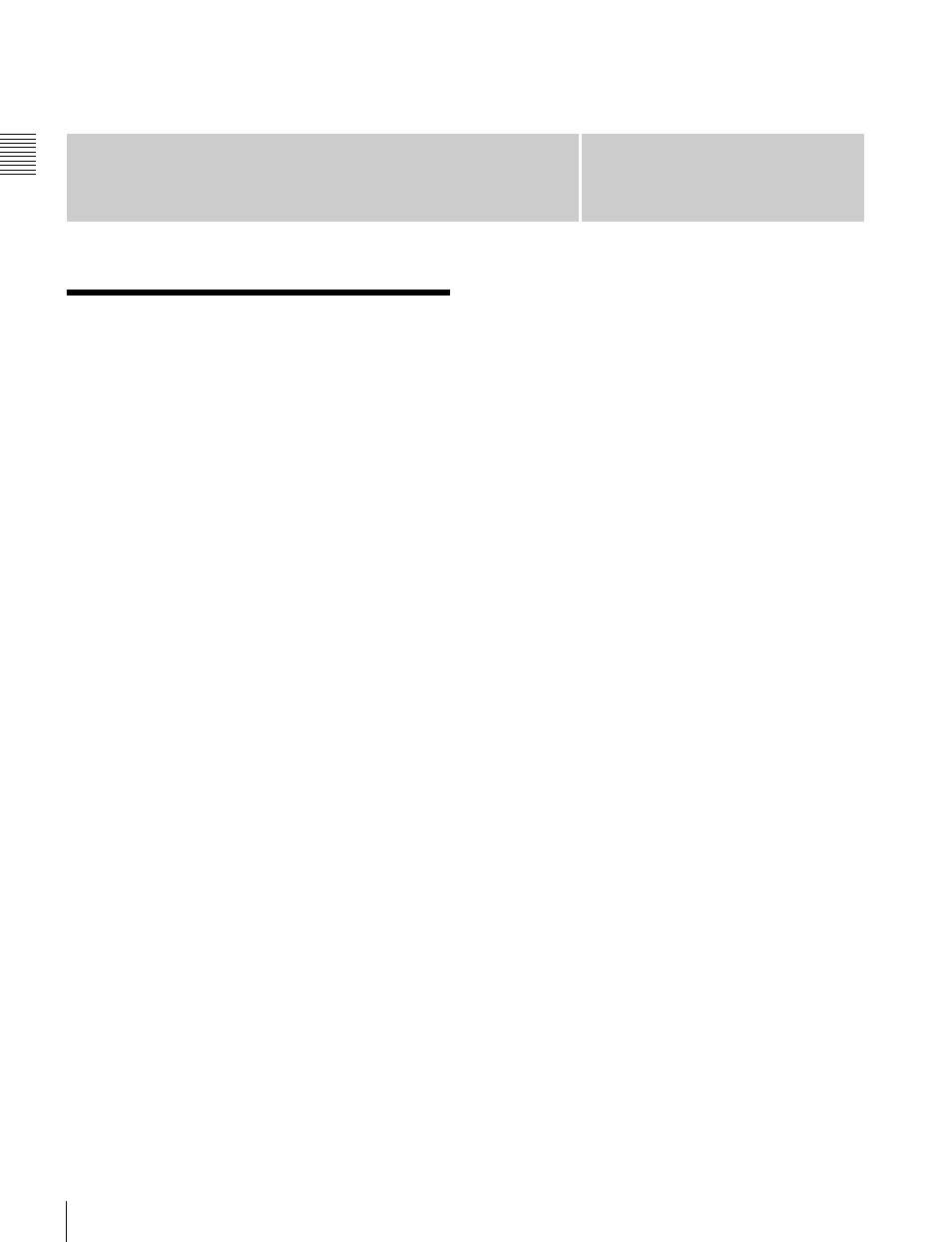 The HDW-S280 is a digital portable videocassette recorder
for the HDCAM format.
The unit has the features described below.

Rich variety of input and output signals
The HD4:2:2 component video signal is input as an HD-
SDI signal based on the SMPTE292M standards and is
recorded in HDCAM format. The following input and
output signals are supported:
• HD-SDI (high-definition serial digital interface) video

and four-channel audio input and output

Control Panel
The unit is equipped with an LCD monitor on the front
panel, which enables you to view materials on the unit
without using an external video monitor. The jog and
shuttle functions using the search dial allow searching for
a desired picture easily for effective cueing up and editing.

AC and DC power
The unit can be operated with a variety of power sources,
such as DC power using a battery pack or an AC adaptor
and an AC power source. Applicable battery packs are the

BP-GL65/GL95 and BP-L60(A)/L90(A) (lithium-ion
batteries) and BP-M50/M100 (nickel hydrate batteries).
The unit can operate for about 80 minutes with a BP-GL95
battery pack mounted. To mount a battery pack, attach an
optional BKP-L551 Battery Adaptor.

Assemble editing
By connecting two HDW-S280 units, you can perform
assemble editing. For improved effect efficiency, various
functions such as setting and modifying edit points,
preview, and review, are available.