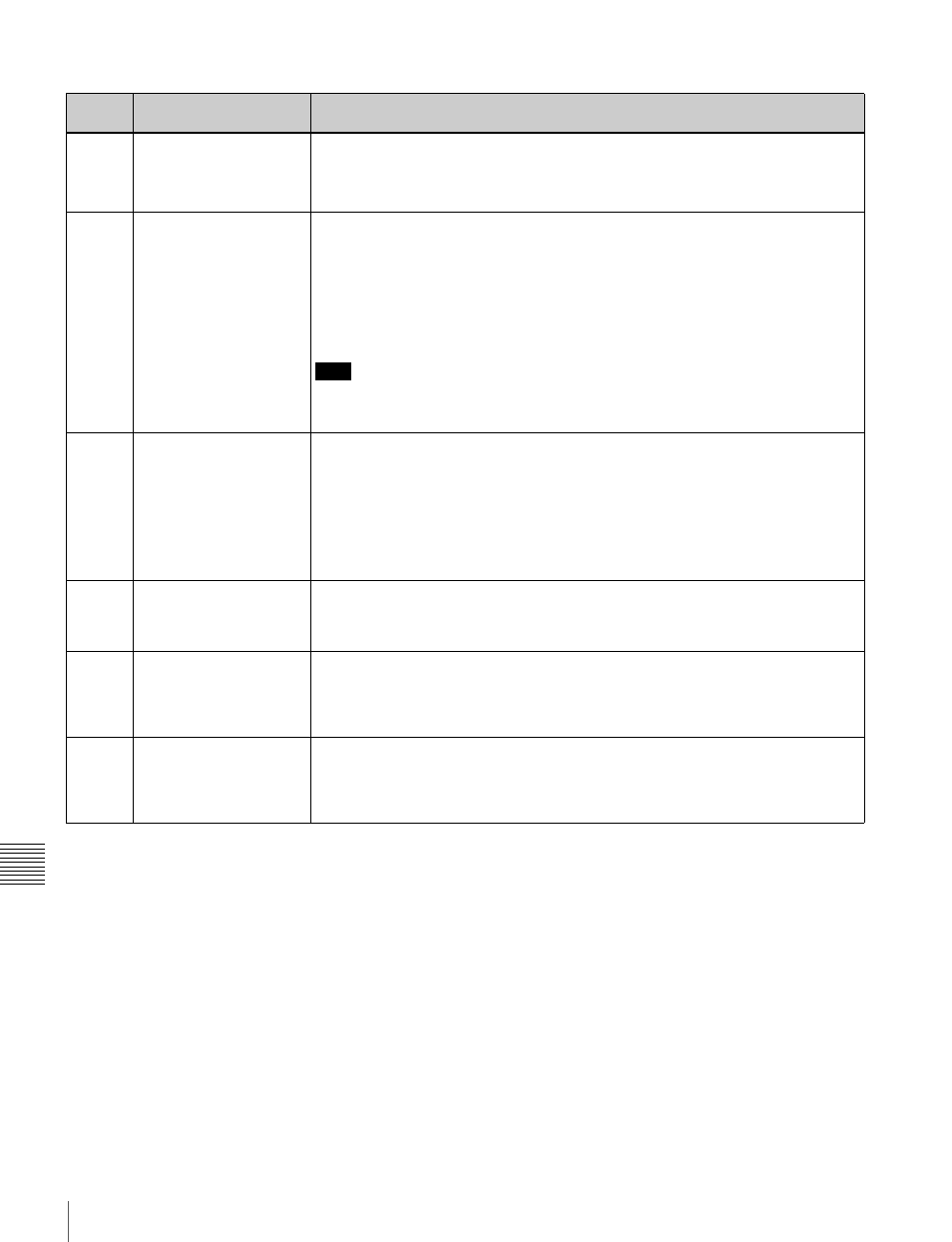 Items in the Extended Setup Menu

When editing in phase-synchronized mode with menu item 004 set to ON, select the
target phase synchronization accuracy.
[ACCUR]:

Select what happens when an erroneous edit point is set.
[MANU]: A warning is given by flashing the DELETE indicator on the P5 EDIT page of

the function menu. Delete an unnecessary edit point, or set it correctly.

NEG&E: When inconsistent edit points are set, such as when an OUT point is before an

IN point, or when too many edit points are specified, the previously set edit point is
deleted.

NEG: When inconsistent edit points are set, such as when an OUT point is before an IN

point, the previously set edit point is deleted. When more edit points than necessary
are specified, the DELETE indicator flashes to give a warning.

Pressing the function button corresponding to an edit point to be deleted and the
DELETE function button simultaneously deletes the edit point. If an erroneous edit point
is set (the DELETE indicator is flashing), editing is not executed.

AUTO2: When OUT REF on the P2 VIDEO page of the function menu is set to REF, and

ASSEMBLE on the HOME page of the function menu is set to ON, the reference
signal for video/audio signal processing is locked to the input video signal.

EXT: The servo reference signal is forced to be an external reference video input.

For two-VTR editing, set when this unit is used as the recorder. Selects the operation if
the recorder was not synchronized in time.
OFF: Editing is not carried out, and the unit stops.
[ON]: The editing is automatically retried (up to twice).

AUTOMATIC IN ENTRY
AFTER AUTOEDIT

Sets the method to select the reference video signal in E-E mode.
[NORMAL]: Select according to the table in “3-5 Setting Reference Video Signals” on

INPUT: Select an input video signal in E-E mode. In other cases, Select according to the