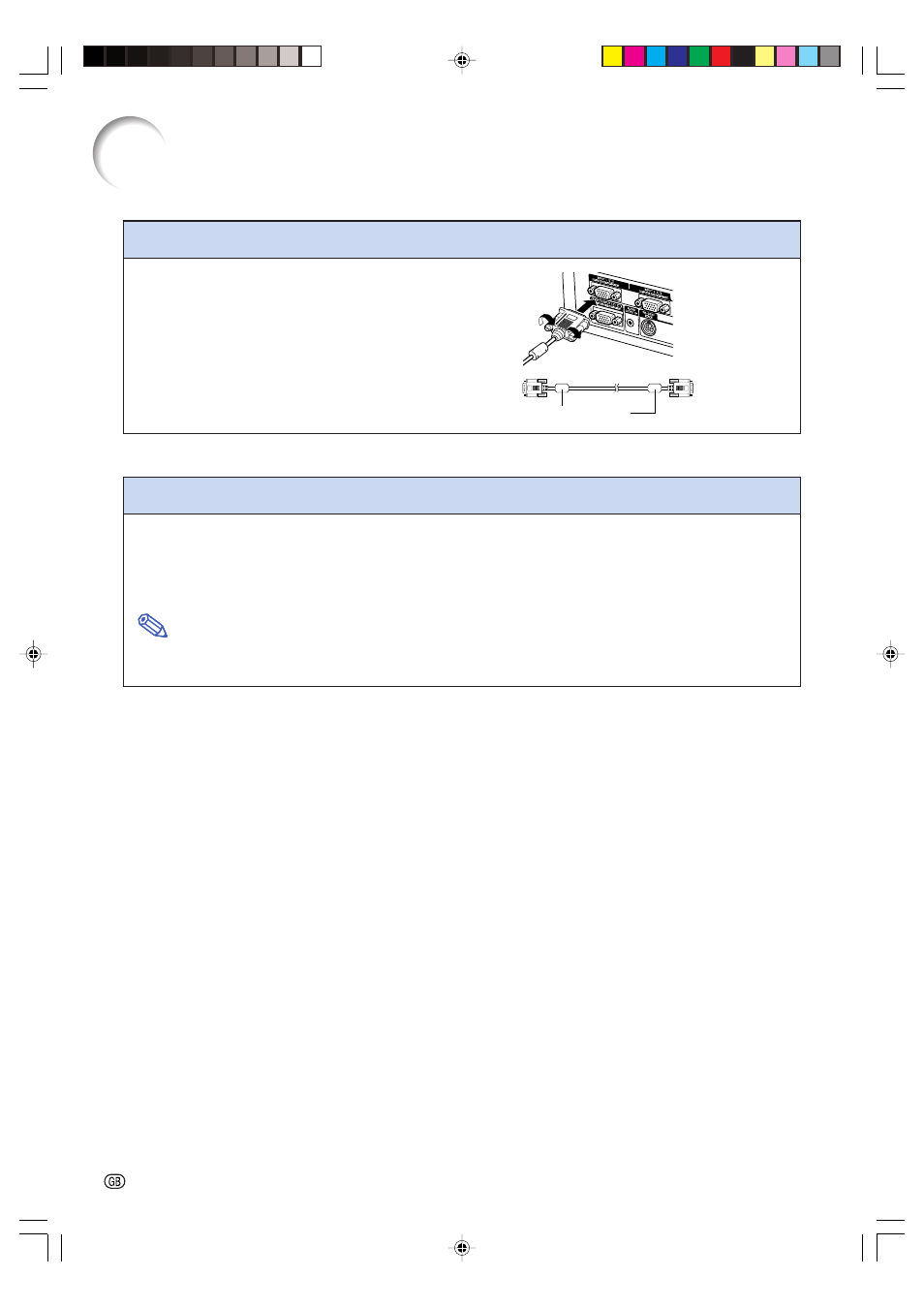 ■ Connect the thumbscrew cable making sure that

it fits correctly into the terminal. Then, firmly se-
cure the connectors by tightening the screws on
both sides of the plug.

■ Do not remove the ferrite core attached to the RGB

Connecting the Projector to Other Devices

“Plug and Play” function (when connecting to a 15-pin terminal)

■ This projector is compatible with VESA-standard DDC 1/DDC 2B. The projector and a VESA DDC

compatible computer will communicate their setting requirements, allowing for quick and easy setup.

■ Before using the “Plug and Play” function, be sure to turn on the projector first and the connected

The DDC “Plug and Play” function of this projector operates only when used in conjunction with a VESA
DDC compatible computer.