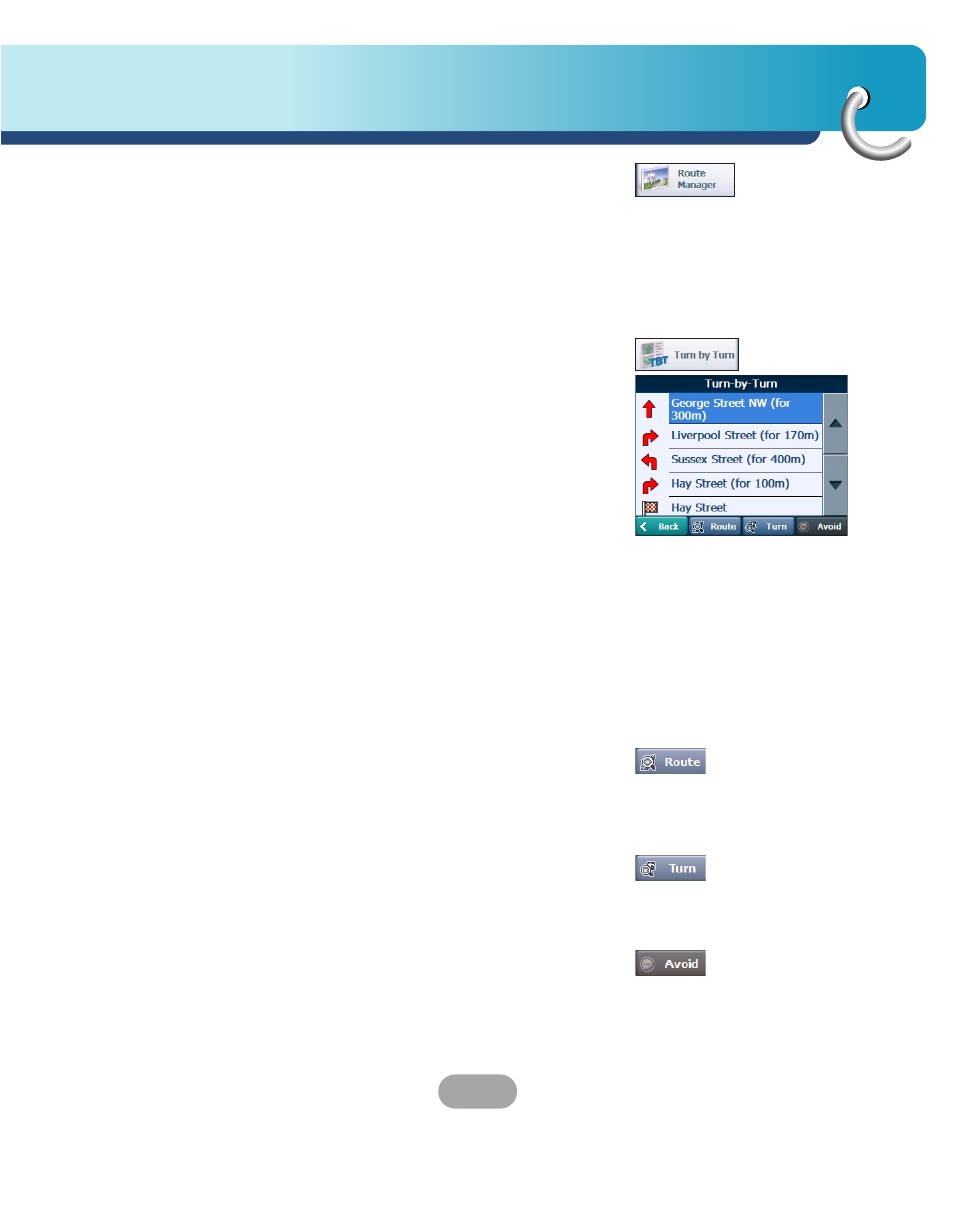 Finding a location with navigation

From the Navigations menu, tap the “Route
Manager” button to display Navigator’s route
navigation features, as described in the sections
below.

After you have entered a destination and calculated a
route, the Directions bar appears at the top of the
Map screen, displaying the following information:

• The next turn direction

• The distance to the next turn

• The street name of the next turn

When you tap the Directions bar or click the
“Turn-by-Turn” button on the Route Manager menu.
The Navigator displays a complete set of turn-by-turn
directions from your current point to your selected
destination. Use the Scroll buttons to move up or
down the directions list.

The following options are available:

The “Route” button displays your entire route on the
Map screen, plus the travel distance and the
Estimated Travel Time Remaining (ETR).

The “Turn” button displays the next turn on the Map
screen, including the street name, the distance to it,
and the direction of the turn.

The “Avoid” button lets you avoid the selected turn in
the directions list. The Navigator recalculates the
route automatically.
Note that when you exclude a turn, the recalculated
route may take longer.