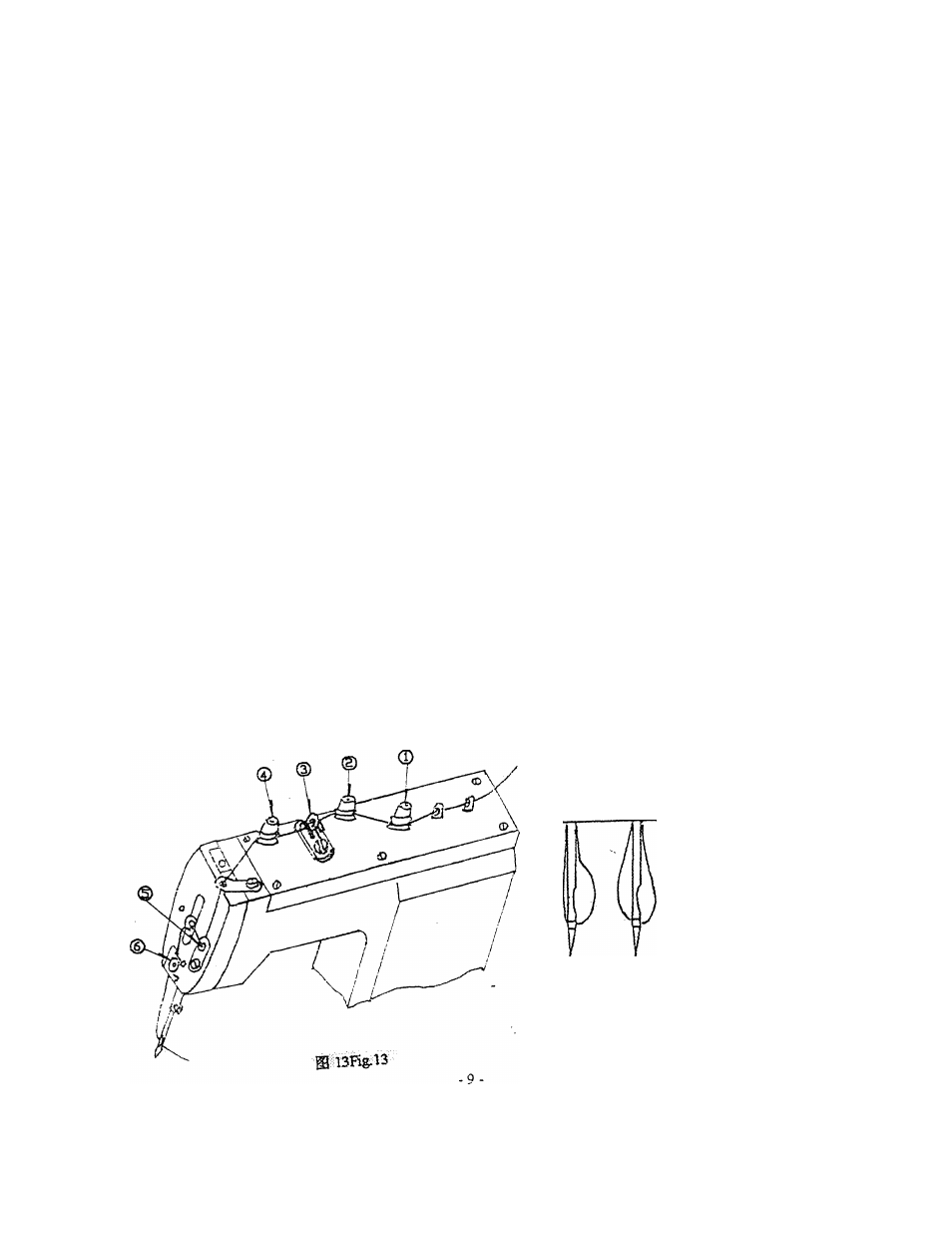 them has different functions. The thread tension disc No.4 must be opened to let the

is easy to happen because the thread can not pass due to the j&iction drag. The diread

being pulled out of the needle when the button clamp begins to lift at the end of cycle.

The thread tension disc No.2 has the function just contrary. It holds the thread in

sewing. And it will not hold the thread and control the amount of thread that is pulled

stitch of the following cycle.

of making the seam tight. Although thread tension disc (2) can make thread tight, it is

easy to break thread. The thread tension disc (2) should be as loose as possible. The

thread tension disc (1) will close in sewing to prevent reel thread from being pulled out.

lifting to the highest position.

tension. It reduces the chances of splitting of thread around needlepoint, and keeps the

stability of the formation of thread loop and thread triangle.

To adjust the height of upper thread (5): When the needle bar is at its lowest

position, the thread should be straight, but not too tight. The loop should be stable and

prevent stitch skipping from being twisted when the needle bar moves upward. If

thread twist is so strong that the loop runs away jfrequently. Adjust carefully to reach

the above requirement, as shown in Fig. 14.