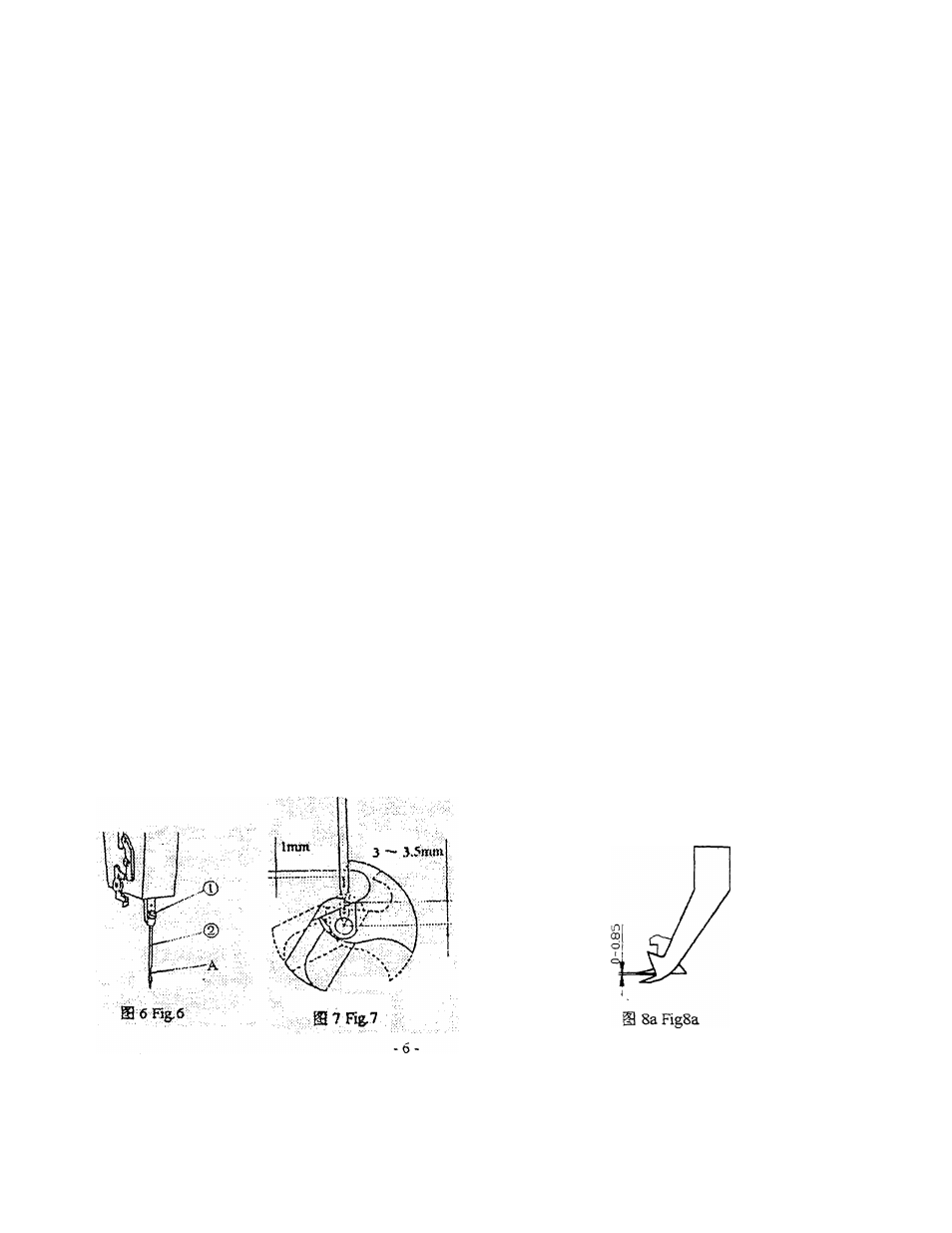 In the above-mentioned position, there is a very slight clearance between the

point of looper and needle. It is necessary that the needle pass 0.1-0.2mm to the

needle guard, but widiout actually rubbing against it. (see fig 8). Notice: The

B. The relative position of needle, looper and spreader.

the bottom of spreader. Then the spreader should be in a state of relative rest while

the needle will continue its downward stroke until the lowest position. The needle

beginning to swing (but still in a state of rest). In such a position, the clearance

from the point of looper to fork of spreader should be 0-0.85mm.Loosen set screw'

of spreader to adjust.(see fig 8a).