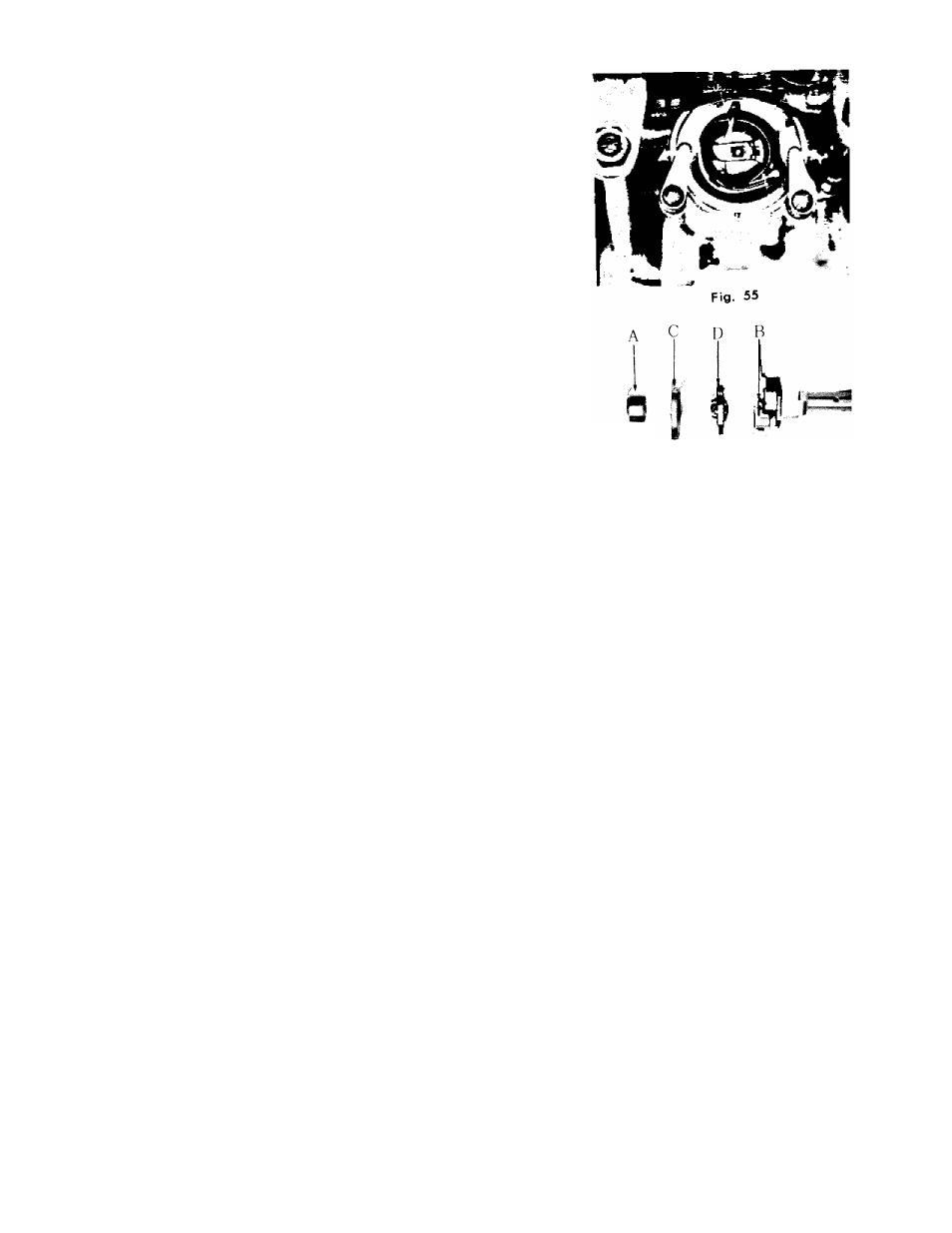 clogged with loose threads and lint. This will interfere with

the efficient operation of the machine. Cleaning and

removal of the lint will safeguard the performance.

To remove the shuttle assembly, proceed as follows;

1. Turn the balance wheel until the needle reaches its

cover by removing all threads, lint, etc.
When the cleaning has been completed, proceed as

follows to replace the shuttle assembly;

1 Turn the balance wheel until the needle reaches its

2. Place shuttle body, (D), in race against shuttle driver and adiust into position.

' with shuttle race cover clamps, (B), making certain the clamps have been snapped sec

4. Put bobbin into bobbin case.
5. Put the bobbin case into the shuttle, fitting tongue into notch E of race cover.