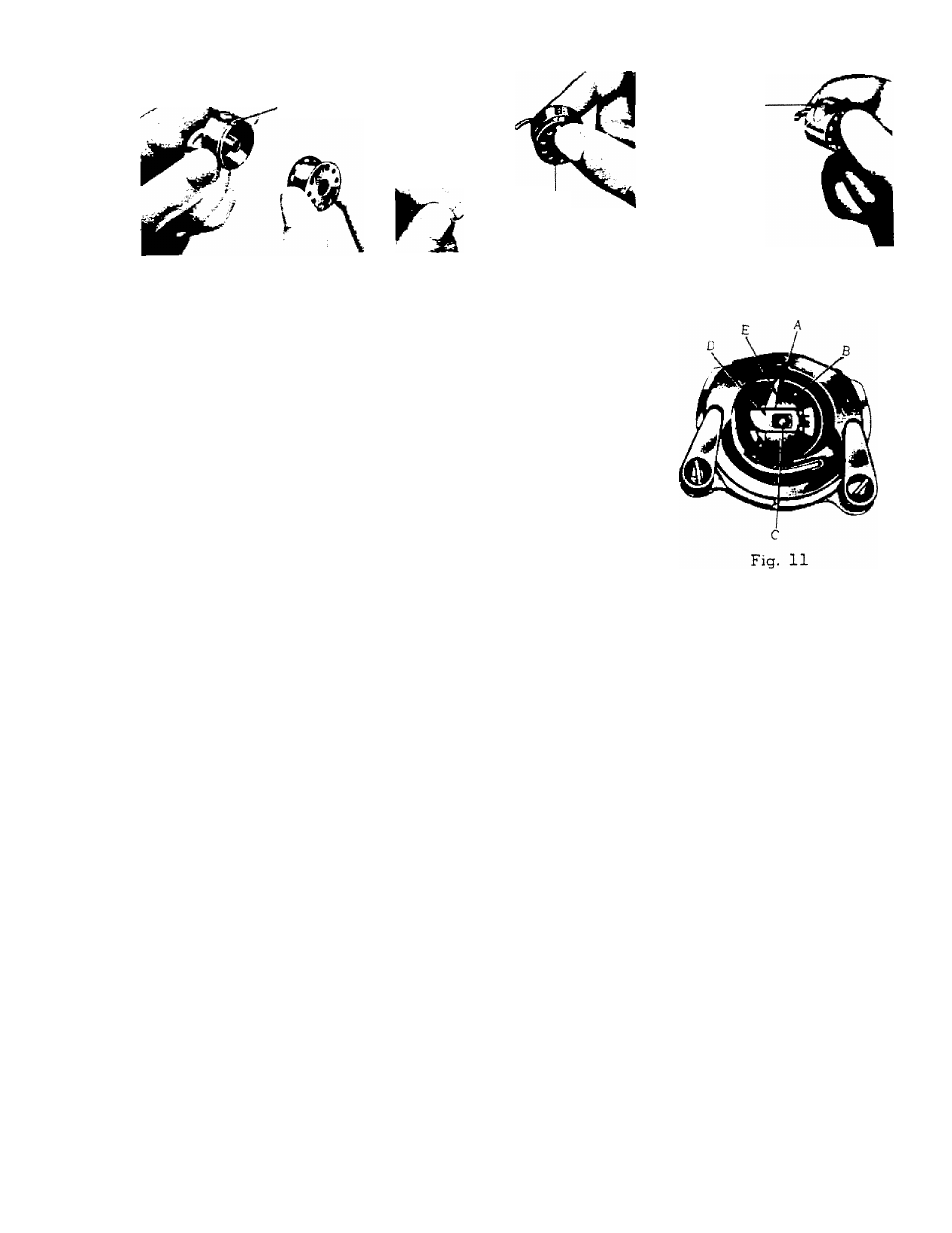 after latch has been released to make sure the bobbin case
is locked securely in place. Close the cover plate.