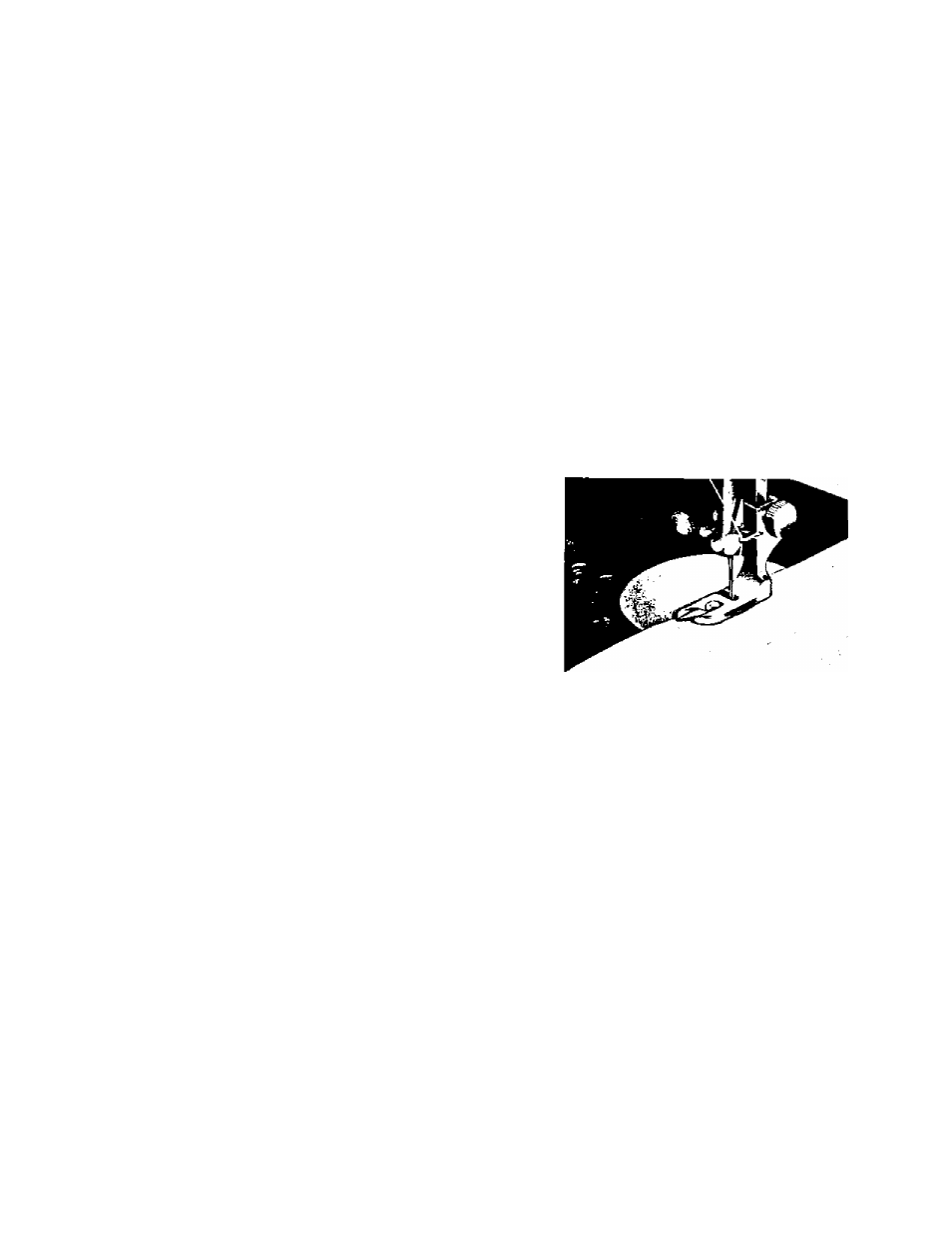 Turn balance wheel towards you until needle

and remove the regular presser foot. At­

1. Fold over edge of material approximately

wide, then fold it over again in the

same way for a length of about 2". Insert

this folded end from beneath into spiral

Move material back and forth until the

hem forms itself in the scroll.

2. Pull material towards you until the be-

of the hem is just below the

Guide material into hemmer foot while

NOTE: Do not crowd material into scroll and do not leave scroll

Feed just enough material into the hemmer foot to fill out the scroll.

Instead of a straight stitch, you can also use a zigzag stitch for this hemming

operation. Be sure however, to adjust the width of the zigzag stitch to be as

wide as the hem itself. Using a very long stitch and tight tensions will pro­