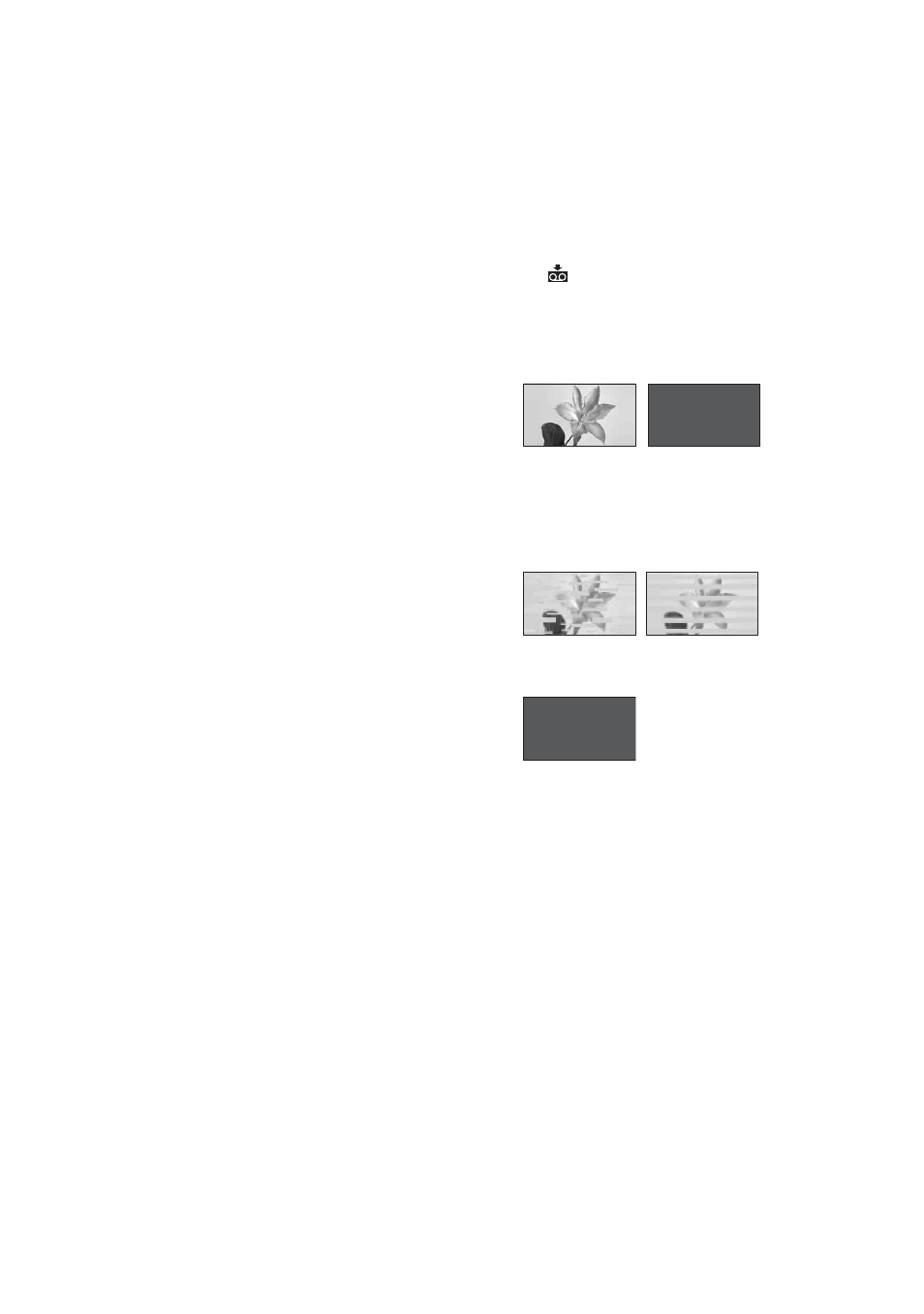 Moisture may condense when you bring
your VCR from a cold place into a warm
place (or vice versa) or when you use your
VCR in a humid place as follows:

• You bring your VCR from a ski slope into a

place warmed up by a heating device.

• You bring your VCR from an air conditioned

car or room into a hot place outside.

How to prevent moisture condensation

When you bring your VCR from a cold
place into a warm place, put your VCR in a
plastic bag and seal it tightly. Remove the
bag when the air temperature inside the
plastic bag has reached the surrounding
temperature (after about 1 hour).

If you play back a tape recorded in the
HDV format, the image and sound may
freeze for a while (about 0.5 seconds).
This occurs if the HDV signals cannot be
recorded or played back correctly because
of dirt on the tape or video head. Depending
on the cassette, this fairly infrequently
occurs even if the cassette is brand new or
is not used a lot.
If this freezing point is created while
playing back, you can solve this problem
and see the pictures by rewinding after
slightly forwarding. Such a freezing point
cannot be recovered if it was created while
recording.
To prevent such a problem, use the Sony
mini DV cassette.

• If the following problem occurs, clean the video

Dirty video head. Use a cleaning

cassette.] appears on the screen during
recording.

– The following phenomenon occurs in the

– The following phenomenon occurs in the DV

• The video heads will be worn after long use. If

you cannot obtain a clear image even after using
a cleaning cassette (optional), the video heads
may be worn out. Please contact your Sony
dealer or local authorized Sony service facility
to have the video heads replaced.

• Do not exert excessive pressure on the LCD

screen, as it may cause damage.

• If your VCR is used in a cold place, a residual

image may appear on the LCD screen. This is
not a malfunction.

• While using your VCR, the back of the LCD

screen may heat up. This is not a malfunction.