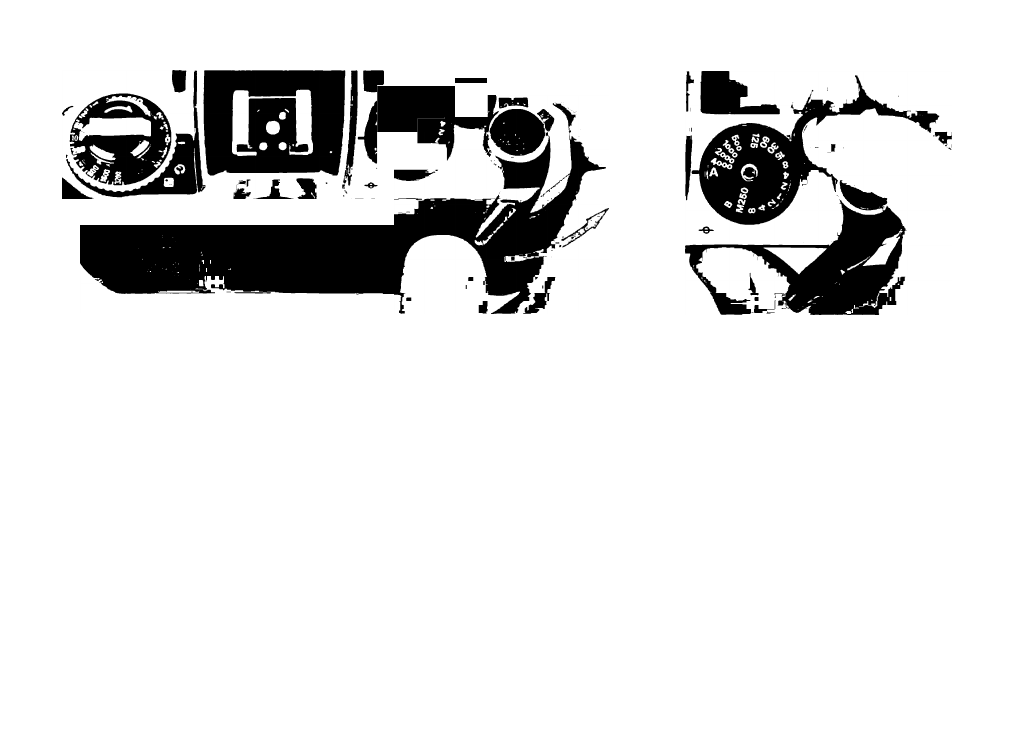 lever to the standoff position as shown in the photo. To dispose

of the first few frames exposed during film loading, continue to
alternately advance the film and depress the shutter release
button until the frame counter reaches frame “1.” Check that
the rewind knob is rotating, indicating the film has been loaded
correctly and is being advanced. If the knob does not rotate,

to A or a fast shutter speed

2) Up to frame “1," the meter needle in the viewfinder does not move and

this indicates that the meter is not functioning; therefore do not take

pictures prior to the first frame.

lightly to switch the

The shutter release button activates the

exposure meter when lightly pressed.
The meter stays on for approx. 16 sec.
after you have taken your finger off the
button.